Heatherwick Studio’s Coal Drops Yard, a major new shopping district and public space in King’s Cross, London, has opened its doors to the public. Long-time resident of King’s Cross, the studio has reinvented two heritage rail buildings from the 1850s as a new shopping district with close to 60 units, fully opening up the site to the public for the first time. The project is the first major building completion in London for Heatherwick Studio and one of several large-scale developments in the capital that the studio is currently working on. These include a new major building for Google in King’s Cross that is currently under construction and the transformation of Olympia London. 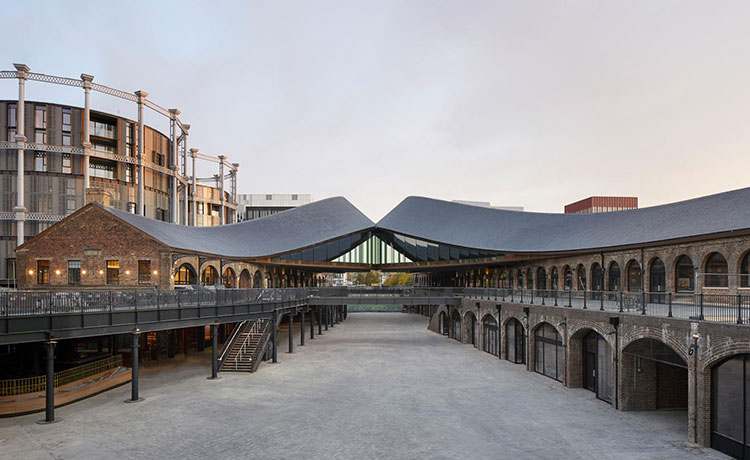 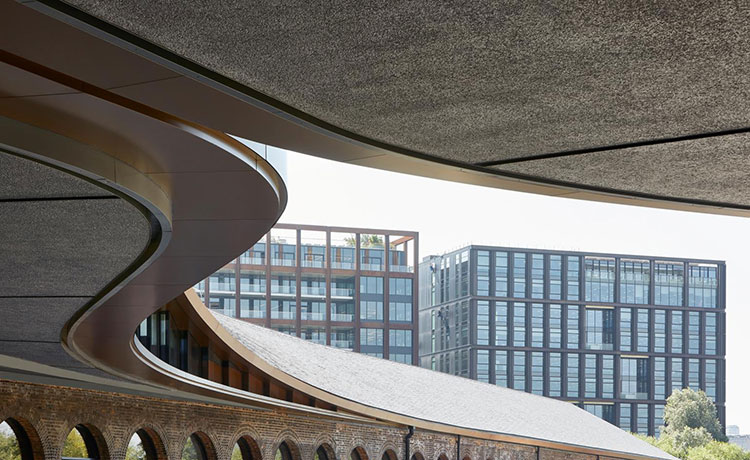 In 2014, the studio was commissioned by King’s Cross Central Limited Partnership to radically rethink the site. The pair of elongated Victorian coal drops was built to receive coal from Northern England for distribution around London by barge and cart. But over the years the ornate cast-iron and brick structures had become partially derelict, serving light industry, warehousing, and nightclubs before partial abandonment in the 1990s. The challenge was to transform the dilapidated buildings and long, angular site into a lively retail district where the public could gather and circulate.

The design extends the inner gabled roofs of the warehouses to link the two viaducts and define the yard, as well as creating fluid patterns of circulation. The flowing roofs, supported by an entirely new and highly technical freestanding structure interlaced within the heritage fabric, rise up and stretch towards each other until they touch. This forms an entirely new floating upper storey, a large covered outdoor space and a central focus for the entire site. 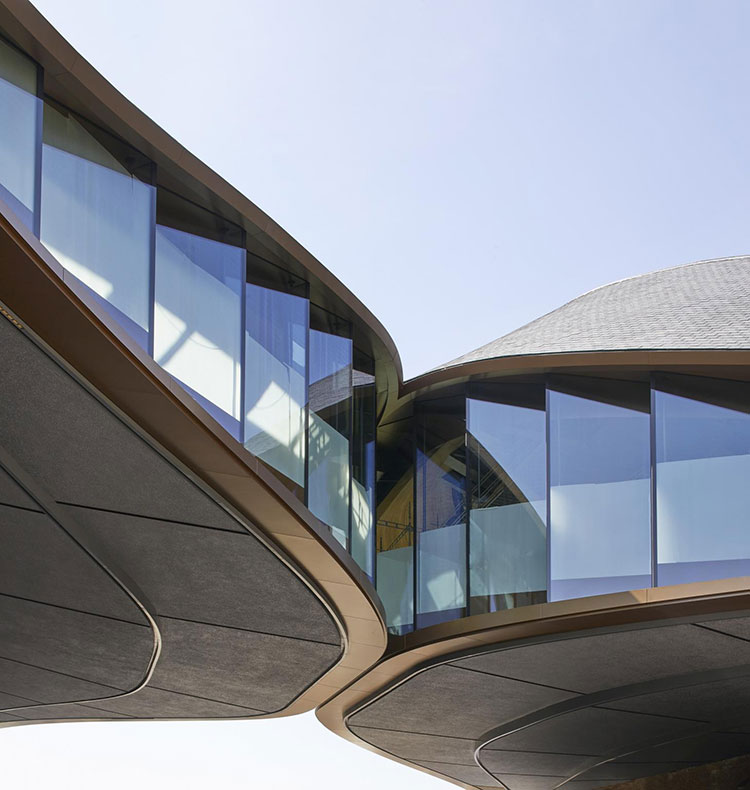 The studio’s design celebrates the specific texture and history of the Victorian industrial buildings while creating 100,000 sq ft of new retail area, as well as significant public space. The units vary in size (ranging from 160 sq ft, 1300 sq ft, 2500 sq ft to over 20,000 sq ft), accommodating a wide range of established and emerging brands, alongside new restaurants, bars and cafes. 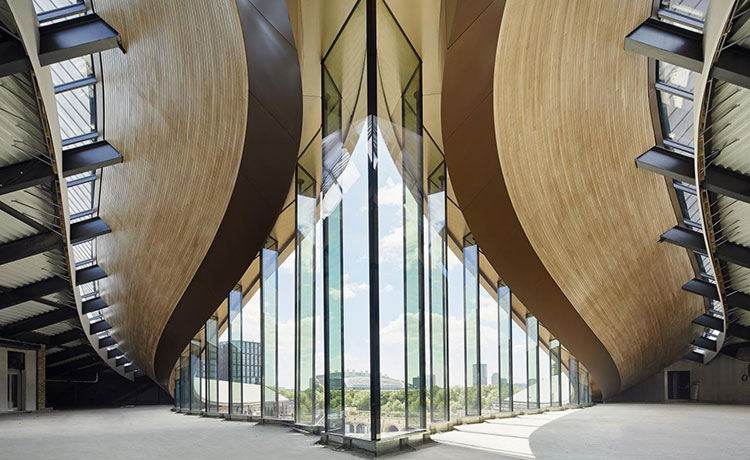 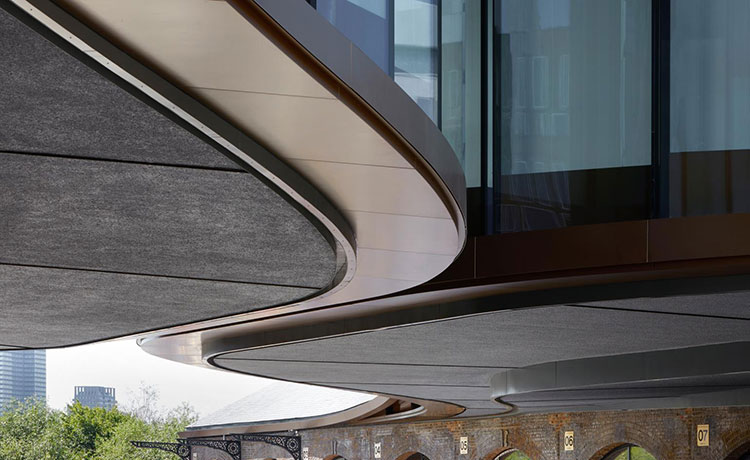 With entrances at both ends of the site and scattered along Stable Street, the yard will become a new permeable and distinctive public space, contributing to the wider transformation of King’s Cross as a vibrant place to live, work, relax and study.

Led by King’s Cross Central Limited Partnership (KCCLP), construction began on the project in early 2016. “It has been a huge privilege working on Coal Drops Yard, not only because it’s the studio’s first major building completed in London, but also because it is in King’s Cross, where my studio and I have been based for the last seventeen years,” says Thomas Heatherwick, Founder of Heatherwick Studio.

“These amazing Victorian structures were never originally built to be inhabited by hundreds of people, but instead formed part of the sealed – off infrastructure of London,” continues Heatherwick. “After serving so many varied uses throughout the years, we’ve been excited by the opportunity to use our design thinking to finally open up the site, create new spaces and allow everyone to experience these rich and characterful buildings.” 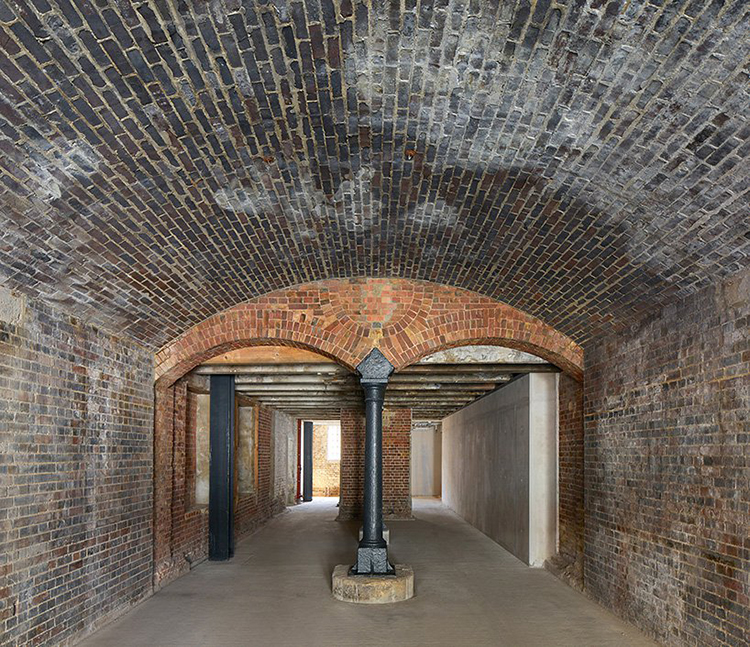 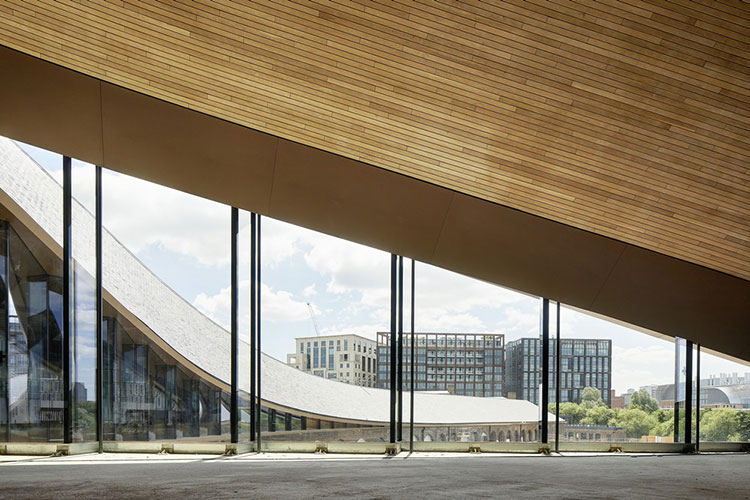 “Our challenge was to radically remodel this Victorian infrastructure to meet the needs of a modern urban development without losing what made them special,” says Lisa Finlay, Group Leader at Heatherwick Studio. “To do this, we focused on understanding their original function and how they were adapted over time so we could appreciate how best to preserve and reuse the existing fabric, whilst also introducing new elements. One of which is an entirely free-standing new structure threaded through the historic buildings, from which a spectacular new third level is suspended.”