Safdie Architects has completed construction of the world’s tallest indoor waterfall in Singapore‘s Jewel Changi Airport. Featuring a lush indoor forest and a green trail of airport amenities, the Jewel Changi Airport was designed to reinvent the concourse as a public attraction.

Based on the geometry of a torus, the building is designed as a new central connector between the existing airport terminals at Singapore Changi Airport. Directly connected to the Terminal 1, and linked to Terminal 2 and 3 via linkage bridges, the building serves both in-transit passengers as well as the public at large. At its core is the Forest Valley, a terraced garden attraction that offers many spatial and interactive experiences for visitors. The Forest Valley also includes walking trails, cascading waterfalls, and quiet seating areas. Surrounding the gardens is a multi-level retail marketplace on five levels, which features access to the garden via a series of vertical canyons. 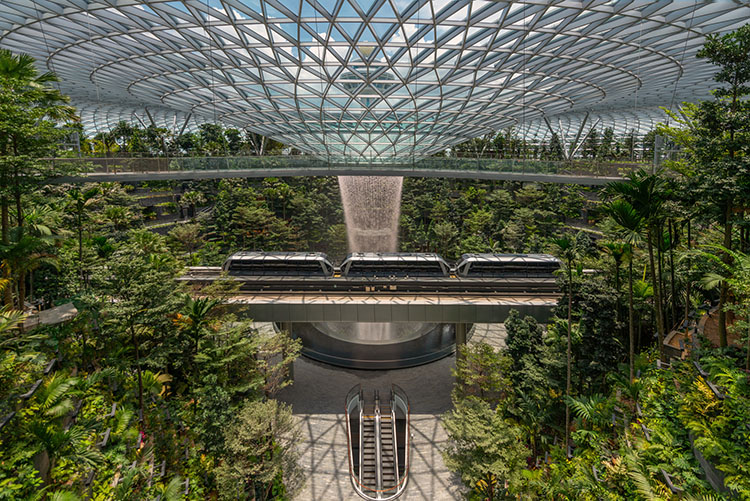 At the apex of Jewel’s glass roof is an oculus that showers water down to the center of the building. The Rain Vortex is the world’s tallest indoor waterfall, transforming into a light and sound show in the evening. Additionally, rainwater is funneled into the waterfall and harvested for building services and landscape irrigation systems. At peak conditions, water will flow through the oculus at more than 10,000 gallons per minute. 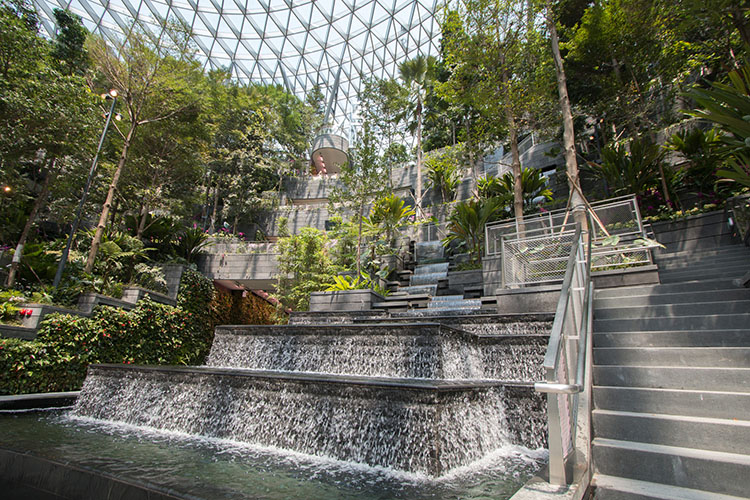 Jewel represents an innovation in the world of lifestyle/retail design, with a one-of-a-kind relationship between garden and marketplace. In addition, nowhere in the world has a building been constructed that integrates the public realm with an airport facility so closely. The building extends Changi Airport’s principal function as a transit hub, to a public gathering space for Singaporeans and international travelers, establishing a new model for airports as discrete destinations for shopping, entertainment, and social activity. 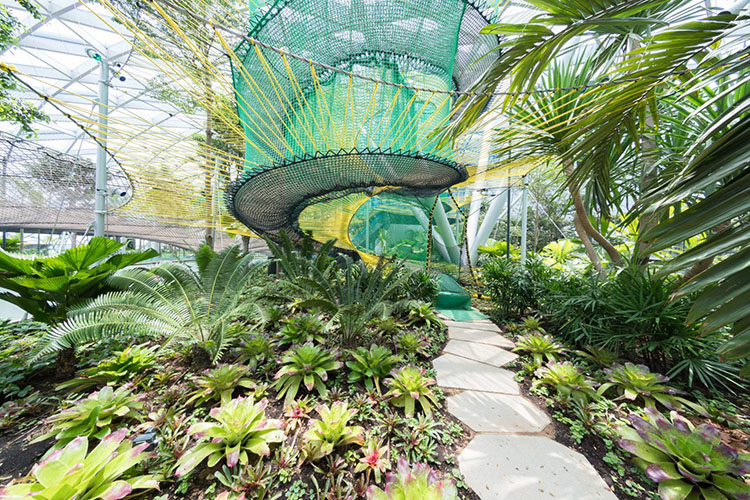 On the 5th level is the Canopy Park, which includes 14,000 square meters of attractions integrated within the garden spaces. These include net structures suspended within the trees, a suspended catenary glass-bottom bridge walk, a planted hedge maze and mirror maze, and feature installations completed in collaboration with internationally acclaimed artists. There is also a topiary walk and other horticultural displays. On the north side of the park is an event plaza space big enough to serve 1,000 people. 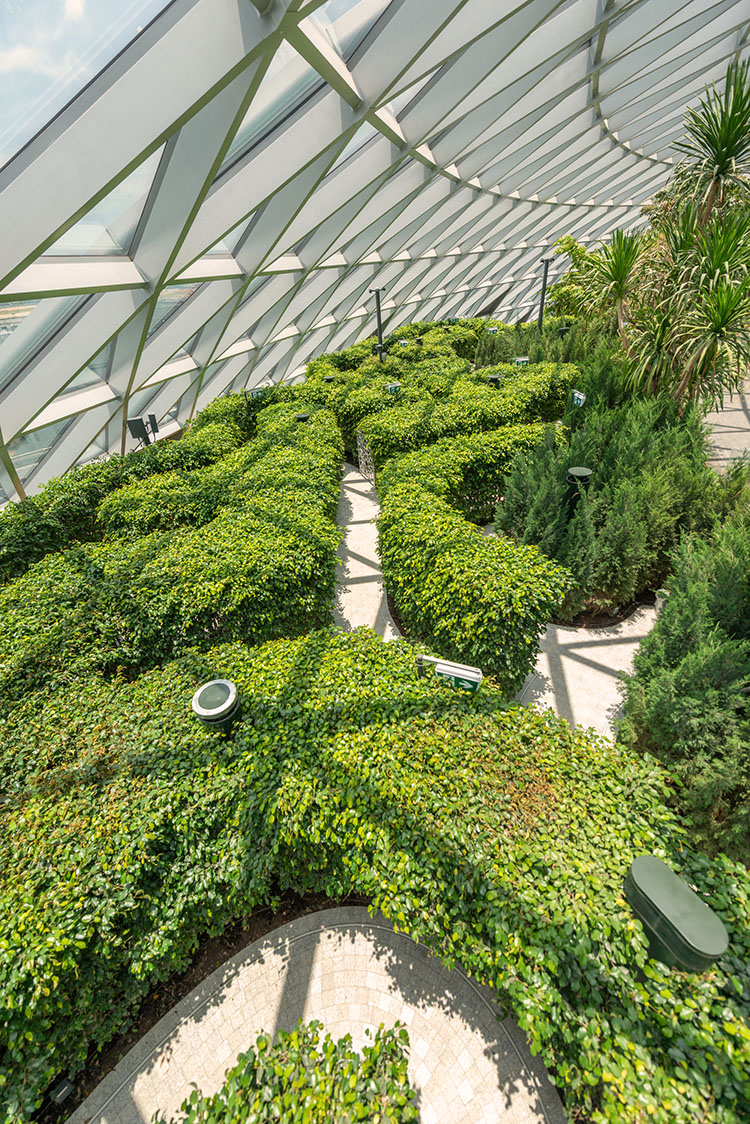