Oslo-based artist Jana Winderen and architect Marc Fornes / TheVeryMany, have conceived the “Situation Room” installation at New York’s Storefront for Art and Architecture. The overall form is an aggregate of twenty spheres of incremental diameters, combined to create an envelope of experiential tension, a sort of sublime dialogue between the comfort of the known and an uneasy interaction with the unknown. The resultant morphology resonates with a series of distributed transducers and lighting sources playing out through streams of porosity derived from structural stress flows across the elements. 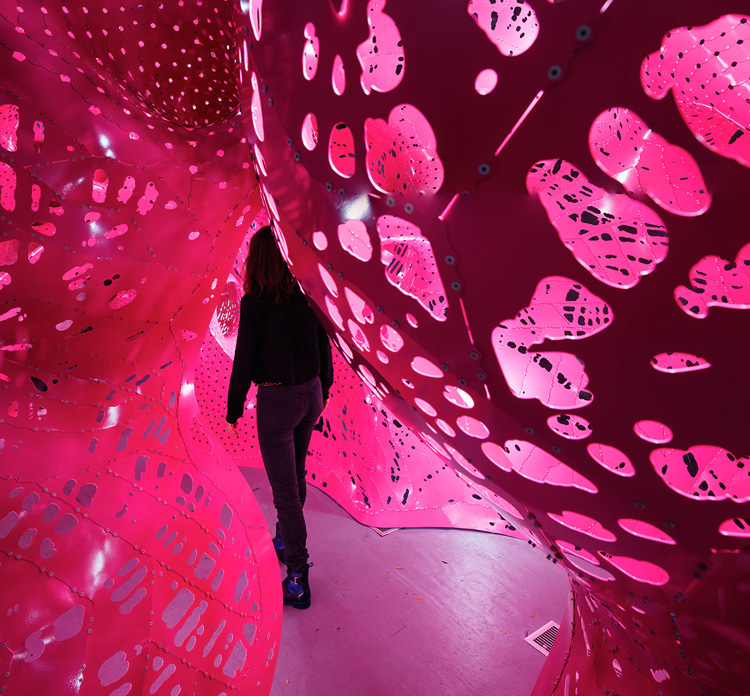 The envelope is created out of boolean operations merging the spheres and lending rigidity through the inherent double curvature, while best allowing for storage through nesting of incremental radii. The inverted curvature of smoothed sphere-intersections provide additional reinforcement while blending with a series of internal rhizomatic networks derived from convergent sphere points. The internal networks subdivide and recombine, eventually resolving into columns that carry down-loads to the ground. The apparent complexity of the internal morphology is a direct result of the dense aggregate of spheres, creating a rich repertoire of spatial conditions exemplified by compression/expansion, hierarchies and branching, knotting, and coves.

Stress flows from structural analysis are used for directional fitness by a series of distributed agents crawling its morphology. Their trails are eventually materialized into non-linear aluminum stripes, while gaps within the force flows are translated into aperture. 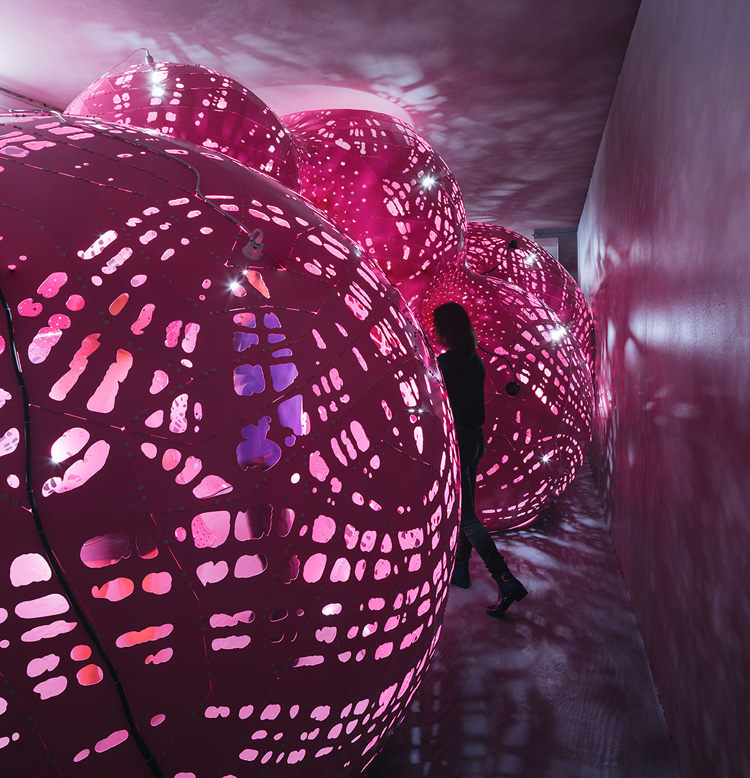 The spatial experience is augmented through ten-channels of resonant sounds propagated across the structural surface, operating here as a membrane for distributed transducers. The system set-up provides a large scale inhabitable instrument-apparatus of play for both composer and visitor. Spatial envelope, acoustic-membrane, structural-performance, assembly-parts and distributed lighting are unified and amalgamated through a coat of neon-effect, blurring one’s perception of the known.

The “Situation Room” is on display from now until november 21st, 2014 at New York’s Storefront for Art and Architecture. 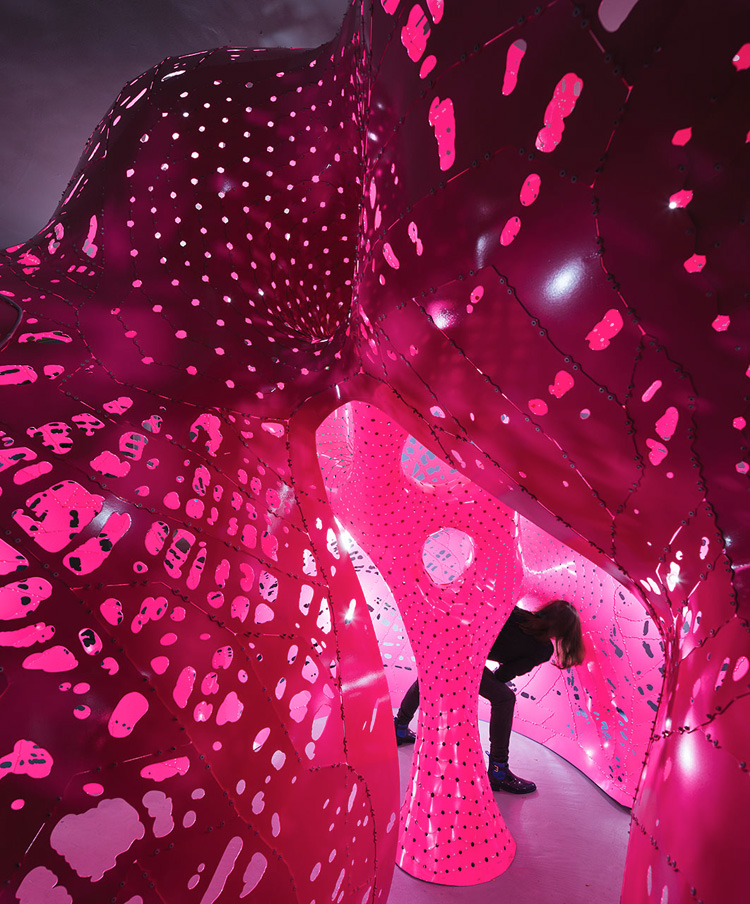 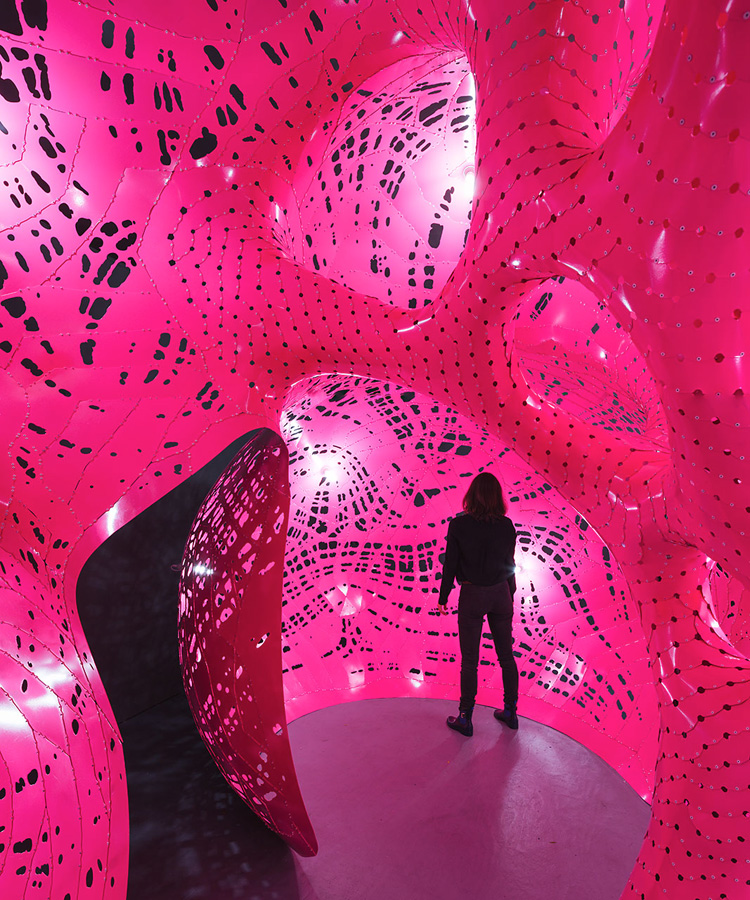 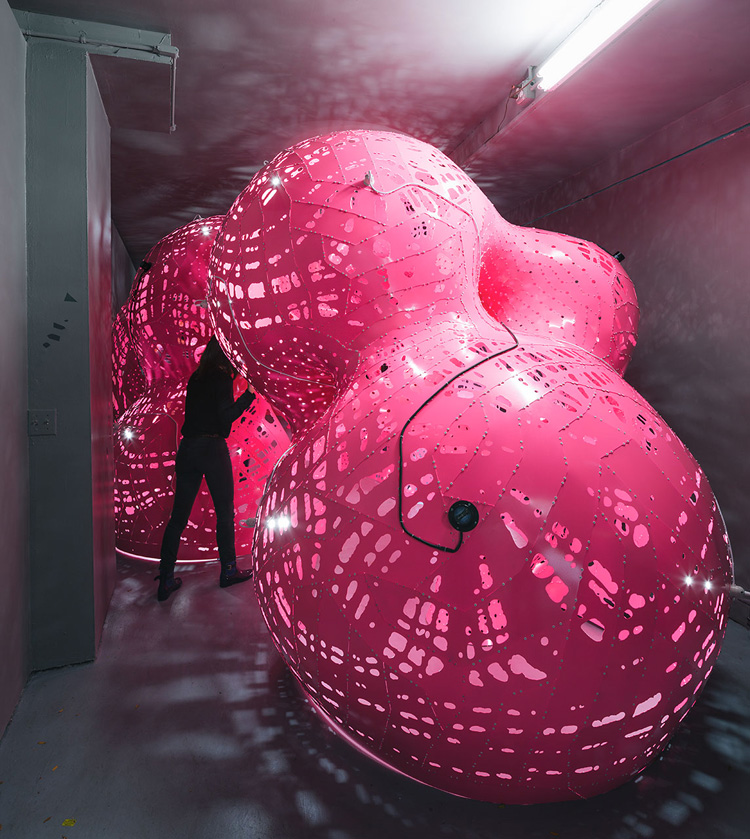 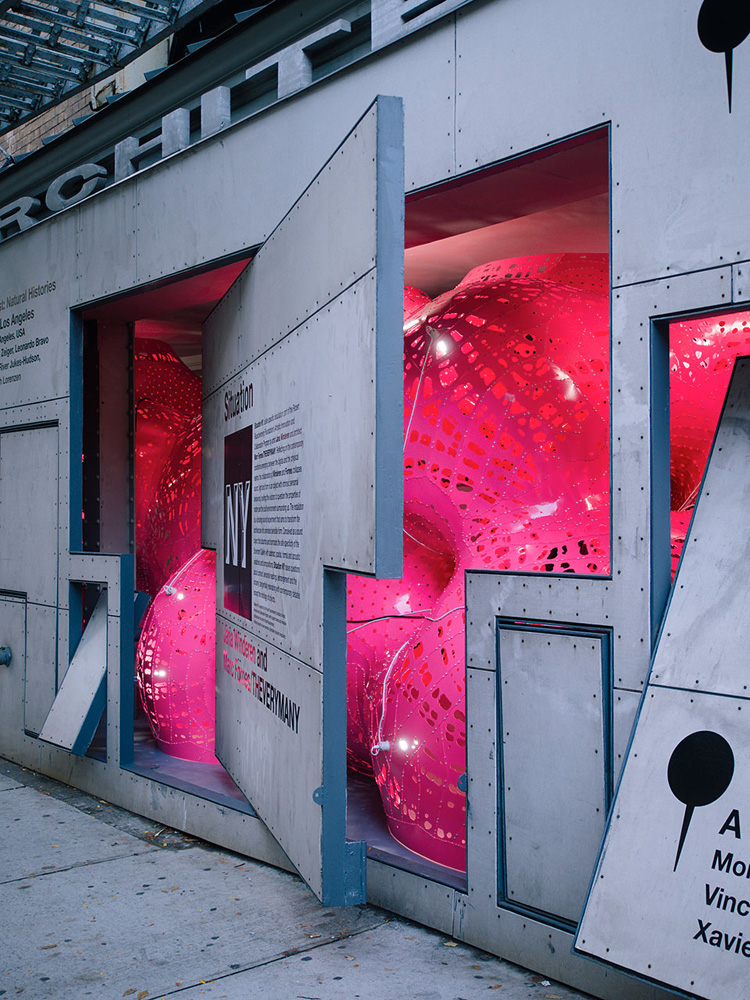 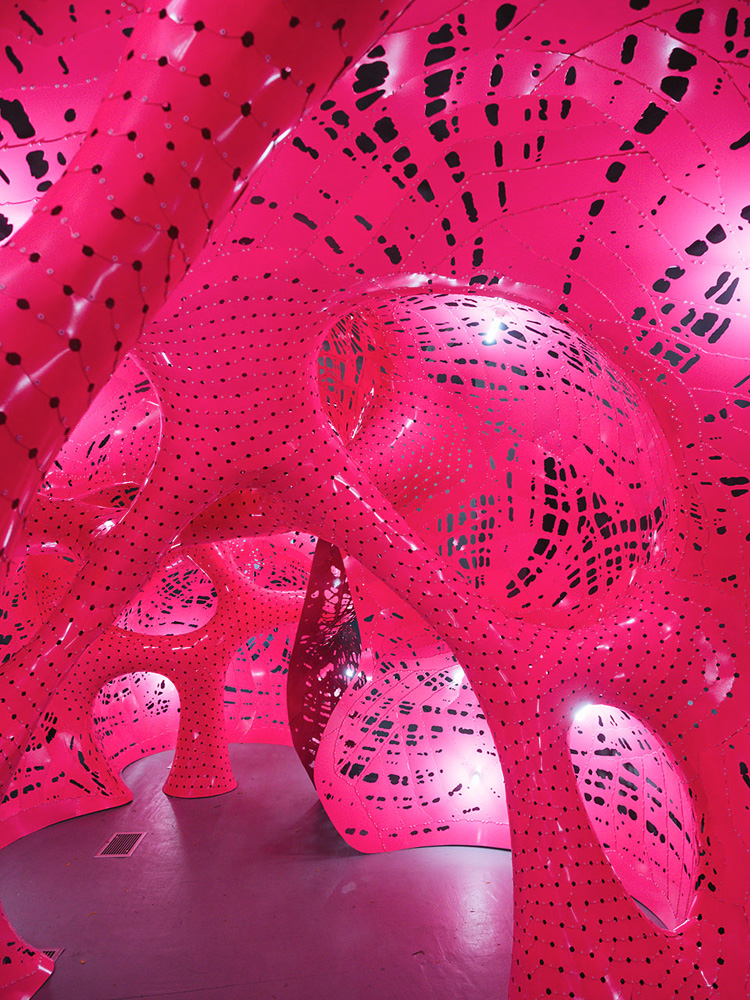