As part of the inaugural National Gallery Of Victoria Triennial, Australian artist Ron Mueck has unveiled his largest work to date, Mass. Inspired by the complex biological structure of the human skull – which the artist considers beautiful and extraordinary – Ron Mueck’s new work Mass celebrates a form that links us as a species. Mass is also a sombre study of mortality.

Comprising 100 individual human skull forms, it calls to mind iconic images of massed remains in the Paris catacombs as well as the documentation of contemporary human atrocities in places such as Cambodia, Rwanda, Srebrenica and Iraq. 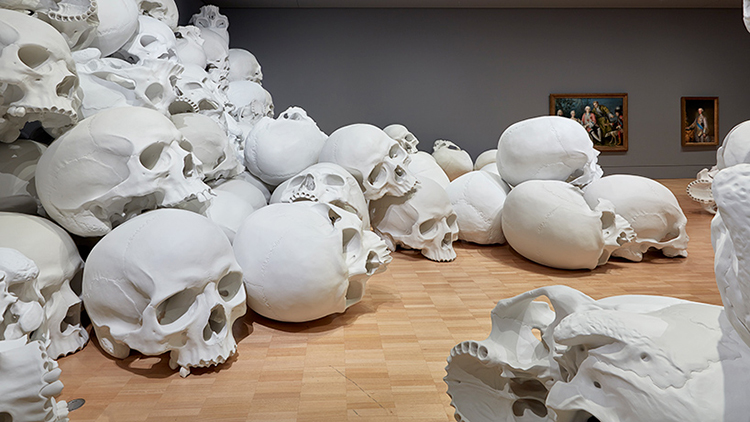 The skull has been a potent symbol within the art of virtually all cultures and religions, including in Dutch still- life painting and the vanitas painting genre of the sixteenth and seventeenth centuries, which served as a reminder of the transience of life. To draw out and contextualize these resonances, this monumental work has been placed within the historical collection galleries of NGV International.

The National Gallery Of Victoria Triennial runs through April 18, 2018, and is a free exhibition. 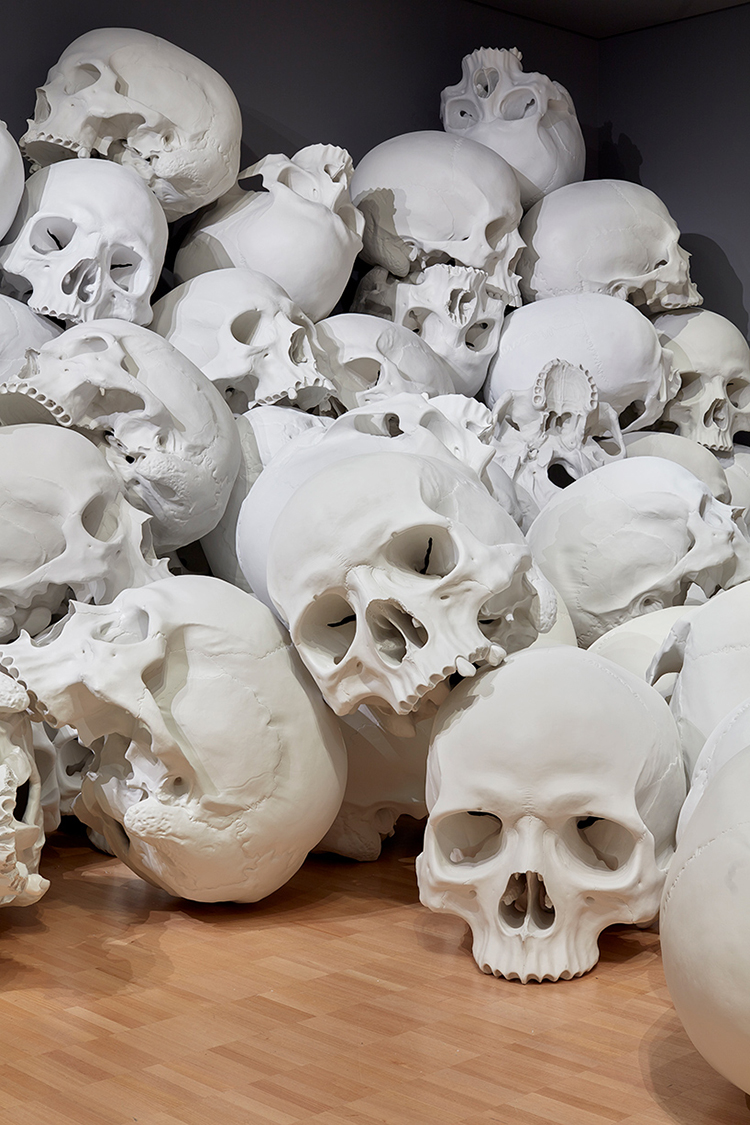 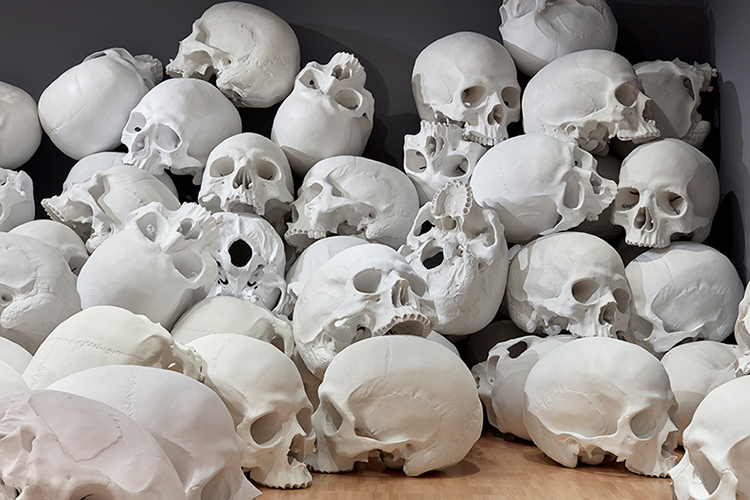 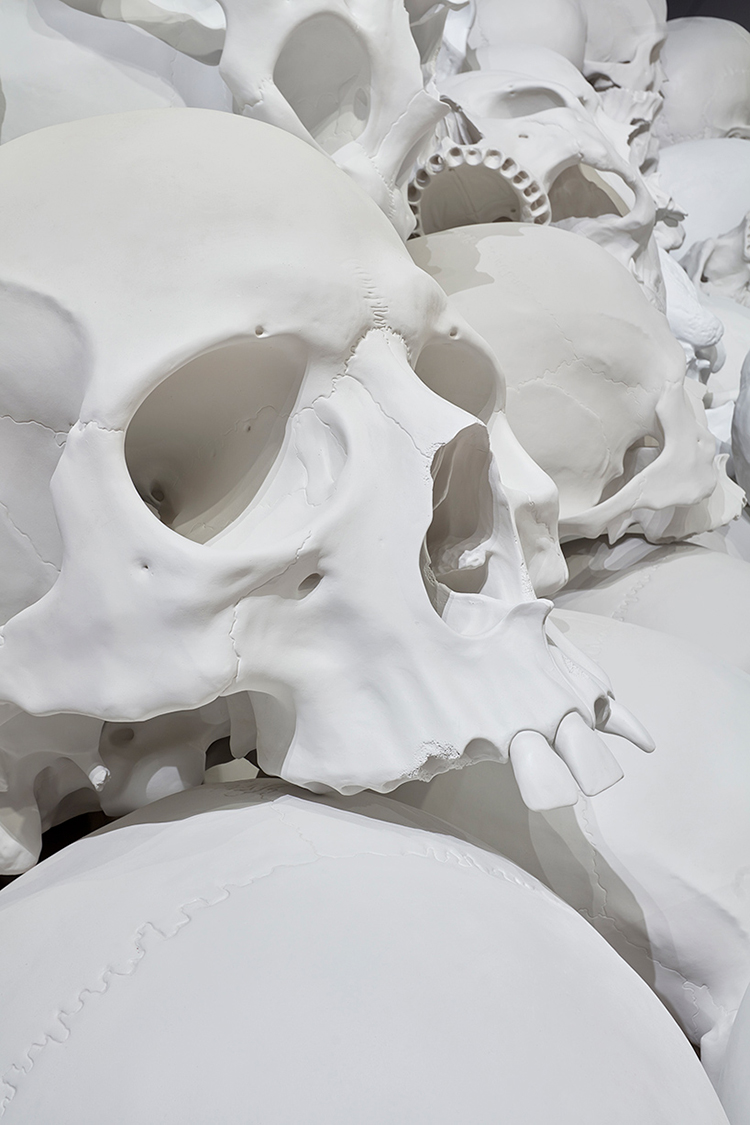 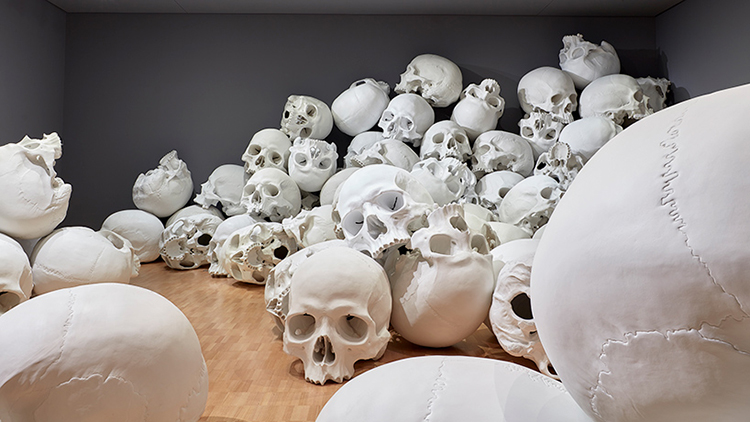 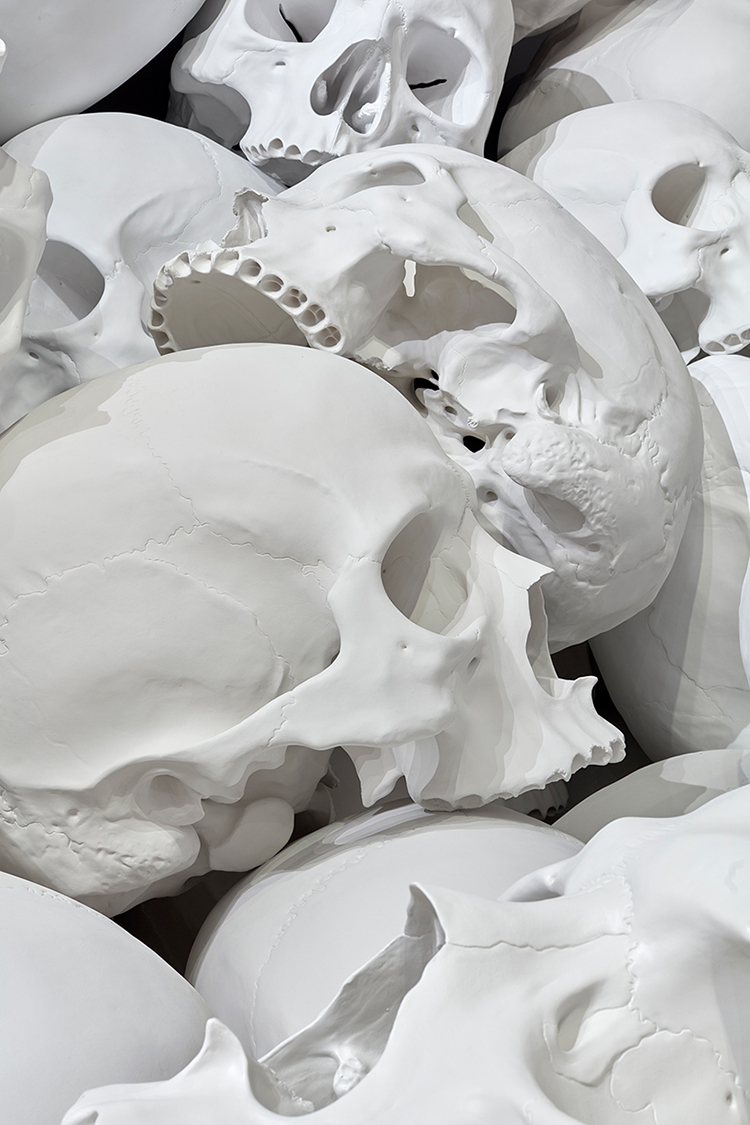 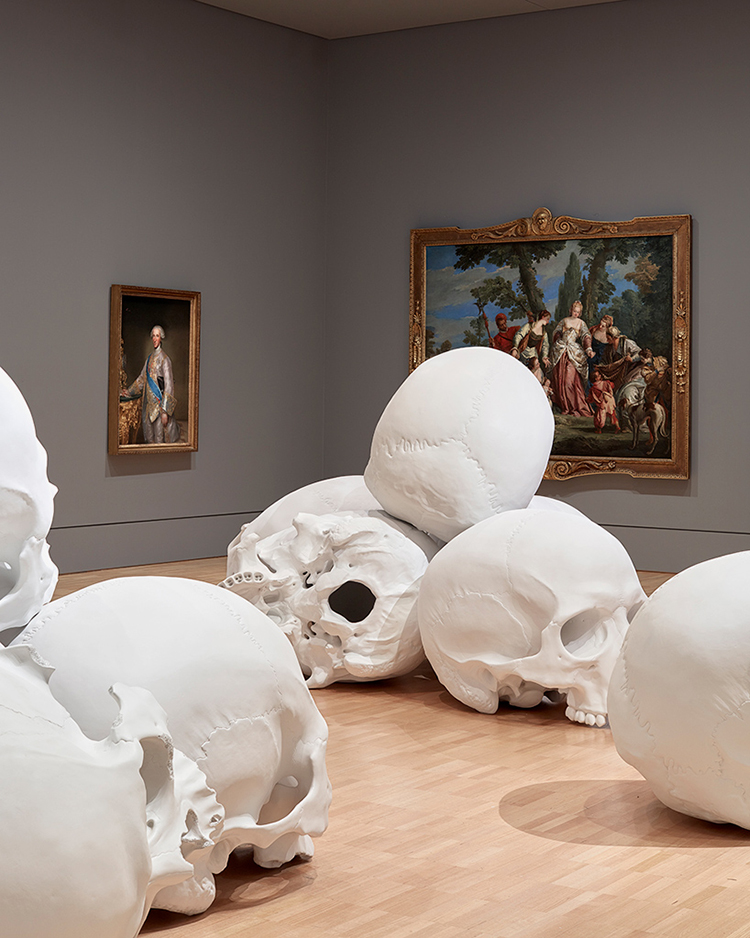