Crying Animals is the new photographic series of the French artist Julien Nonnon, which makes us aware of the possible disappearance of emblematic animals from our mountains. More than a spotlight, literally, it’s a cry of the heart calling to save and showcase the beauty of the world that surrounds us. With his big and powerful projector, Nonnon wishes to make the public aware, by the ephemeral nature of his luminous frescoes, of the fact that the presence of these animals in these natural environments, is really threatened.

When an animal species disappears, it is said that it “goes out”. This verb borrowed from the lexical field of light was inspired Julien Nonnon for his new ephemeral artwork called ‘Crying Animals’. The ambitious idea is to project on cliffs gigantic images of the most endangered animals from the alpine countries: wolf, lynx, bear, hawk, ibex, bearded vulture, and so on. In both aesthetic and engaging approach, the digital artist wants to not only reveal their beauty, often unknown but also highlighting an alert message. “By the ephemeral nature of my luminous frescoes, explains the artist, I wish to make the public aware of the fact that the presence of these animals, in these natural environments, is really threatened”.

After his famous urban performances as Le Baiser and Safari Urbain, which illuminated the cities of Orlando, Madrid, Stockholm, Hong Kong and Paris, our «artisan of the imagery» wishes to return to the source origins since developed a new parietal art. While working the anamorphosis as the Paleolithic artists, whose drawings followed the shapes of the rock walls, he replaces the pigments with light and dresses up our environment with ephemeral images. 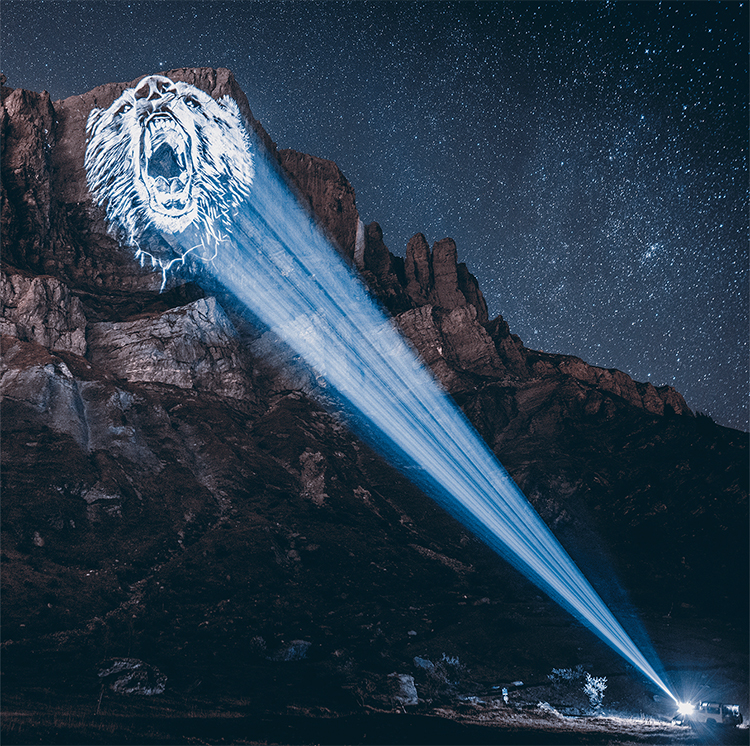 This time, Julien Nonnon left the urban city for the Alps mountains. With his big and powerful projector, he patiently identified the most appropriate places and locations for projecting his bestiary in a 100% natural scenery. The result? A raptor or wolf’s head projected on rocky cliffs several hundred meters high. Majestic photos, giving these alpine landscapes a look that’s almost unreal and dreamlike. “With Crying Animals, I plan to project new images of animals in other parts of the world, for instance: lions in the Moroccan Atlas, which disappeared in the 1950s, but also Pumas in California , where their extinction has just been confirmed a few months ago, or even Gorillas in the Great Lakes Region, where their vulnerability is now increased by conflicts in this region and deforestation,” explains Nonnon. Through the prism of his art, Julien Nonnon also wants to organize meetings between local populations and stakeholders in environmental and animal protection, to try to rally the young generation in this fight that will be theirs very soon. 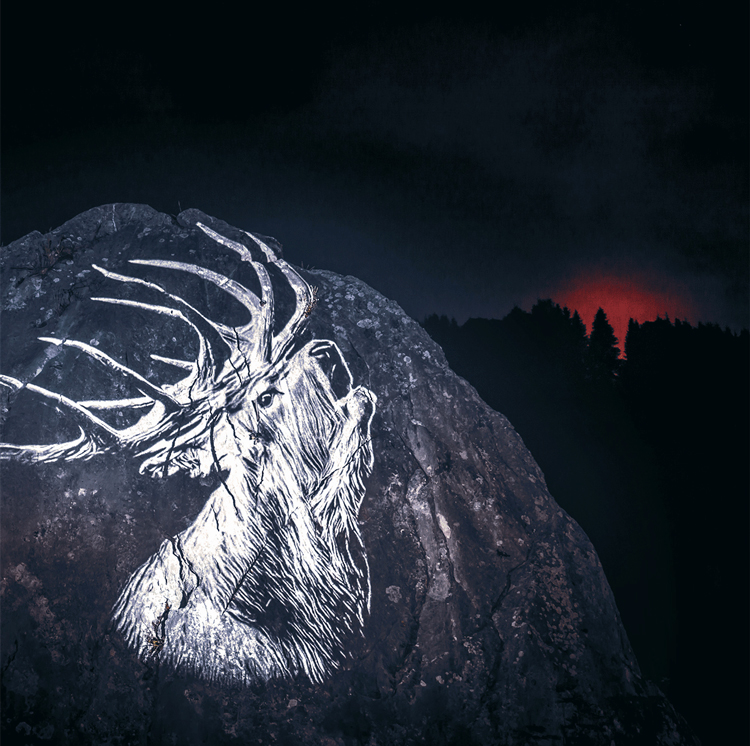 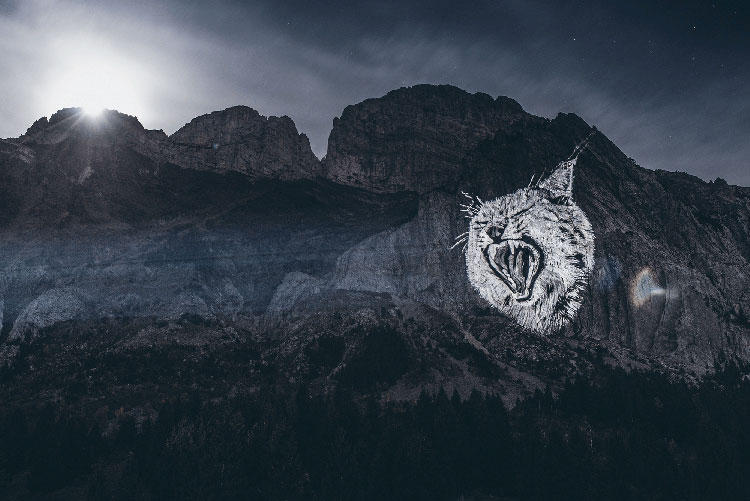 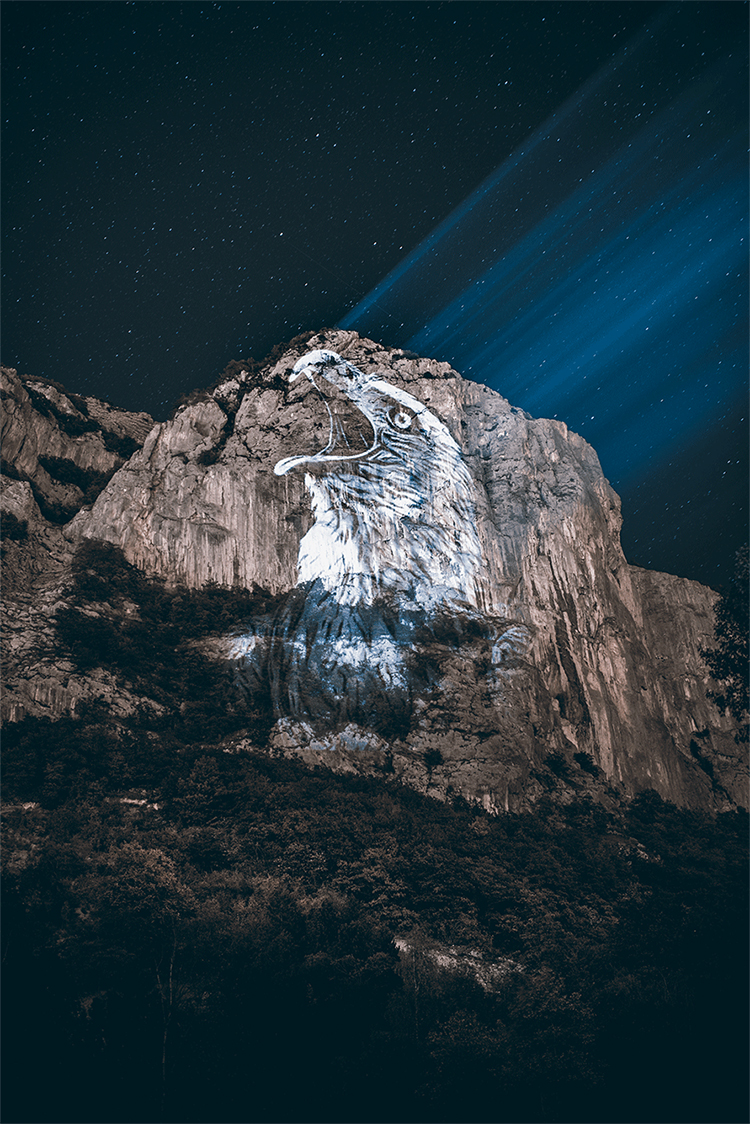 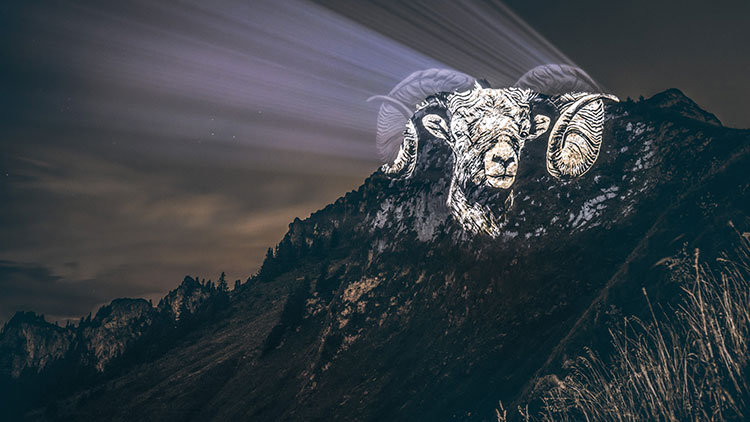 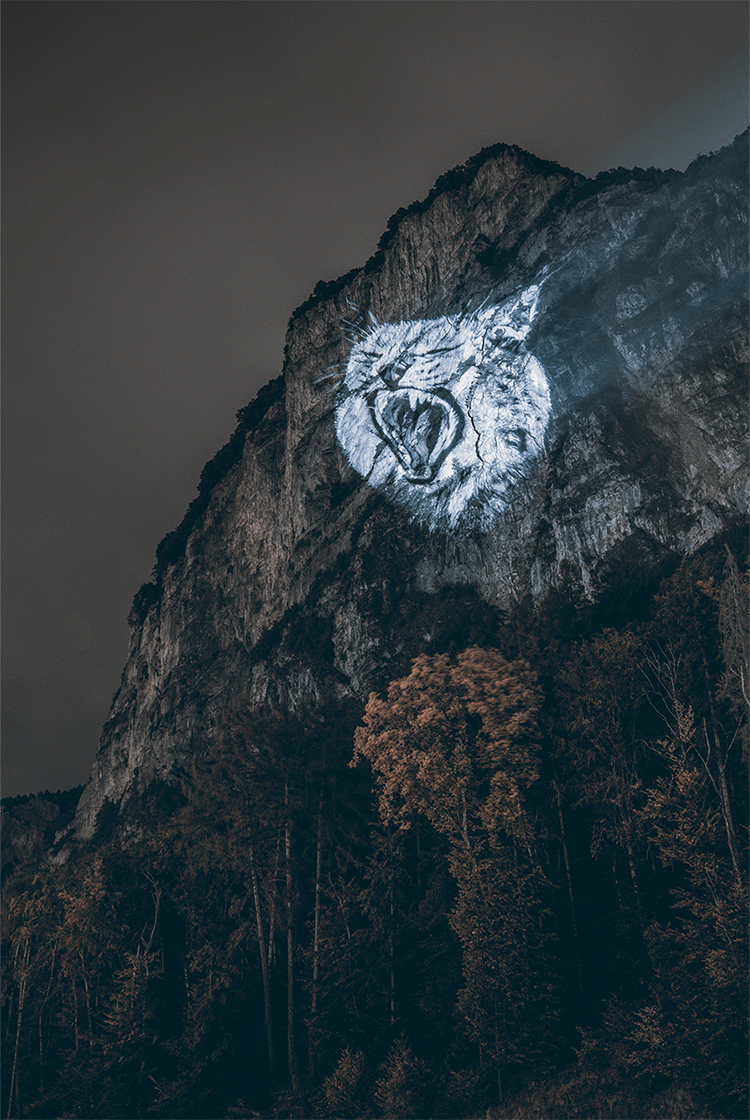 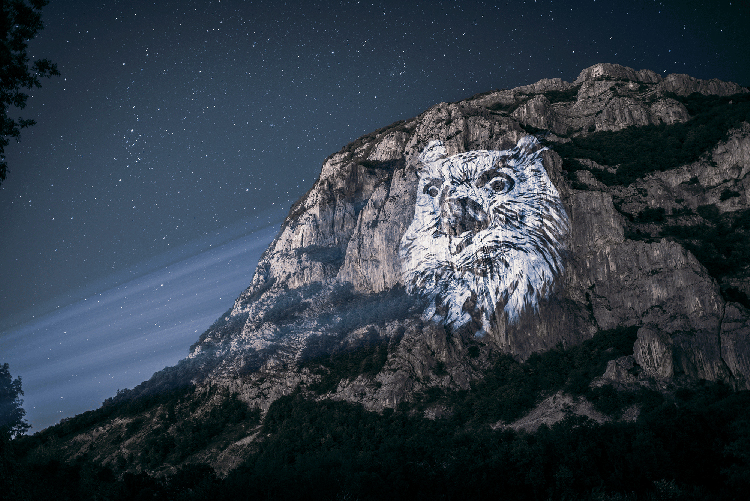 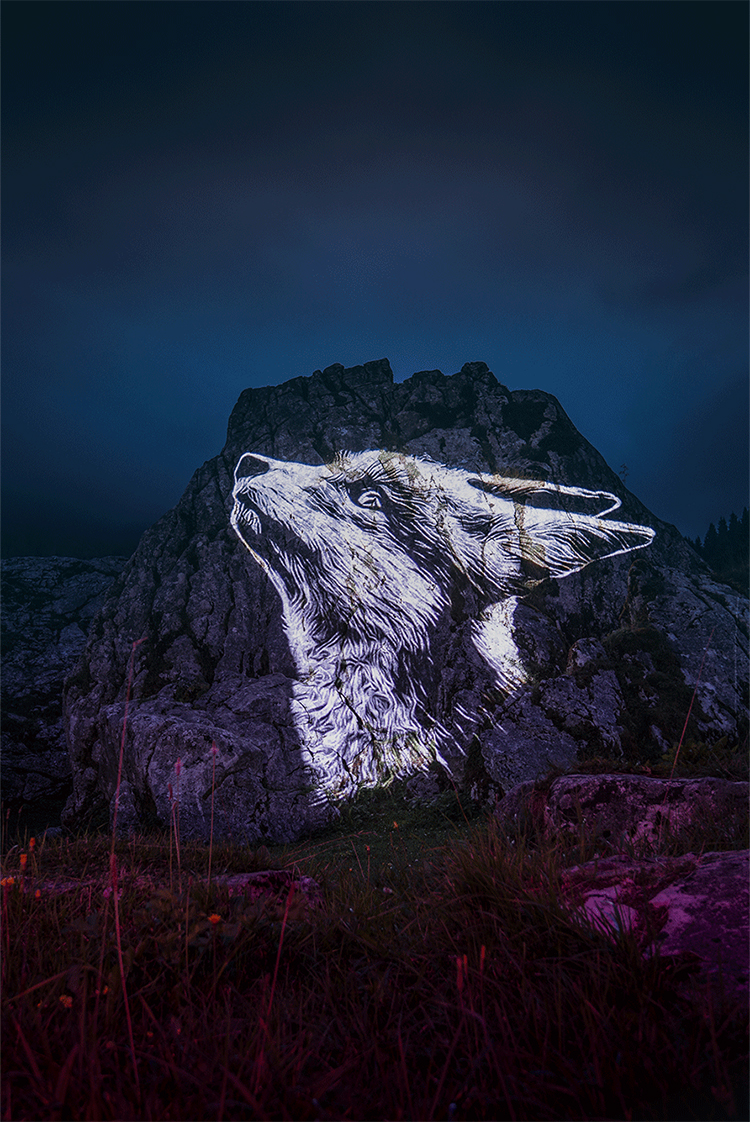 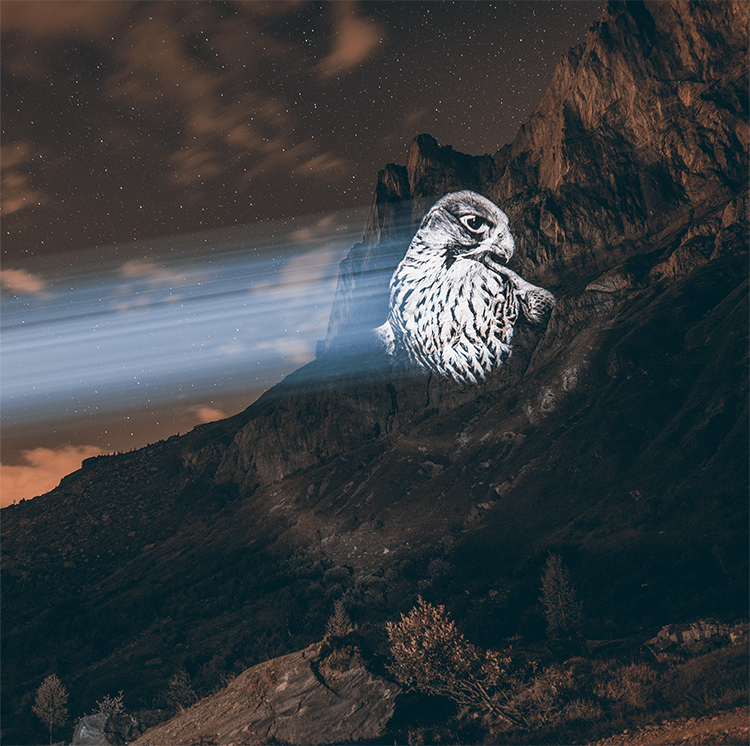