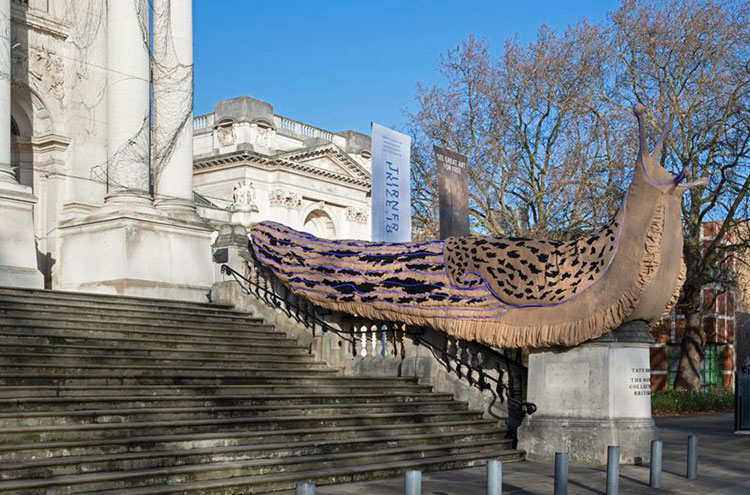 Monster Chetwynd was inspired by seeing leopard slugs mate on Life in the Undergrowth, a television documentary series by David Attenborough. The slugs slowly rotate together, dangling from the branch of a tree by a glittering rope of mucus. This night-time mating ritual reminds us that the darkness of winter can be a time of renewal and rebirth.

Scientists have recently developed lamps powered by bioluminescence (light produced by living organisms such as squid and fungi). Alternative energy interests Chetwynd, and she is excited by the idea that light-emitting organisms may one-day power street lights. She wants the slugs, which are made from compostable materials, to be fun and to spark discussion about where we source our energy. 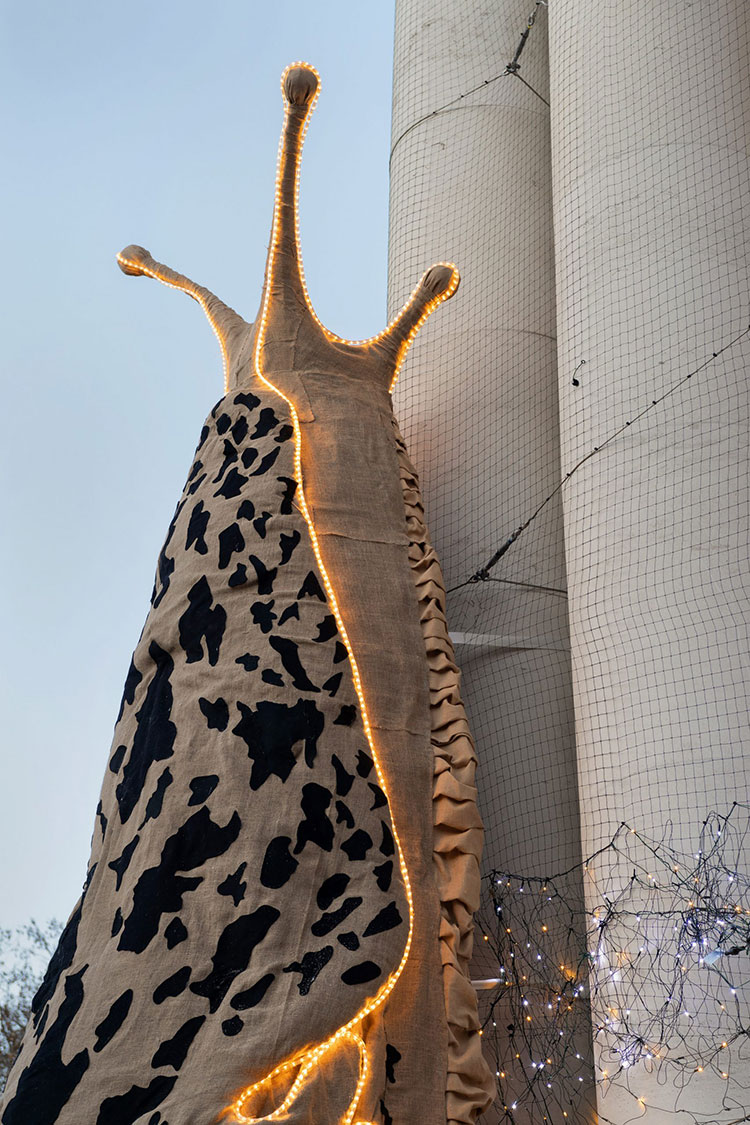 Unable to use bioluminescence herself, Chetwynd used these sustainable textiles and lights to transform creatures commonly considered as “ugly” and “repulsive” into a “wondrous and ethereal spectacle”, in the hope of creating a fun and engaging way to spark conversation about where we source our energy from. 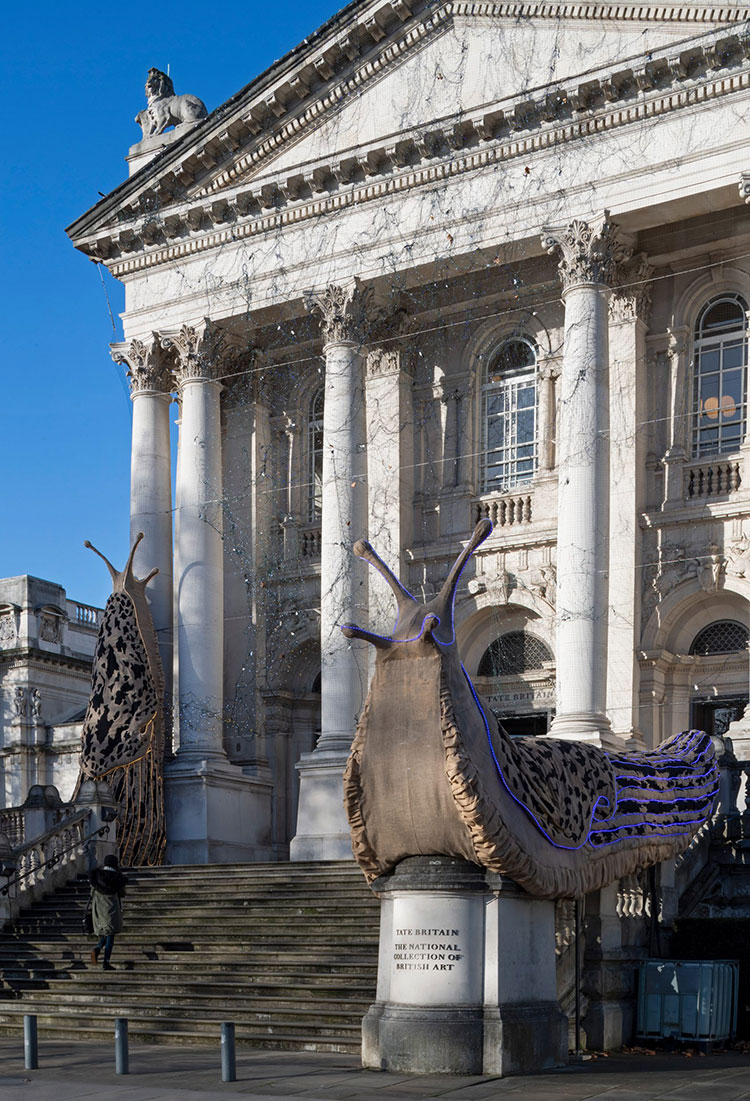 Back in 2014, Dutch designer Daan Roosegaarde also proposed using the bioluminescent bacteria found in jellyfish and mushrooms to create glow-in-the-dark trees that could replace street lights. This led him to create an installation called Glowing Nature, which demonstrates the potential of using bioluminescent algae as a natural light. Chetwynd’s outdoor slug installation will be on display at London’s Tate Britain gallery until 28 February 2019.