London-based United Visual Artists (UVA) has unveiled “Spirit of the City“, a site-specific installation at A/D/O, the creative space in Greenpoint, Brooklyn, dedicated to exploring the future of design. Spirit of the City probes the physical and emotional response individuals experience when navigating urban environments.

The modular system of revolving mirrored columns showcases a dynamic composition of movement, light, shadow and reflection. The seemingly organic behavior is poetically linked to the dynamic activity of New York City. Spirit of the City was created exclusively for the outdoor courtyard at A/D/O. It will open to the public May 18, 2018 and will be on view through September 2nd. 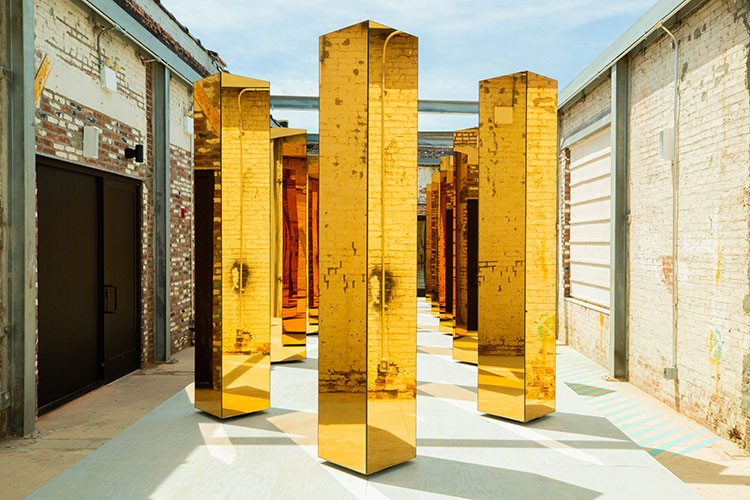 “Our goal was to create a simple, yet transformative experience that metaphorically and physically reflects the surroundings of A/D/O and New York City at large,” says Matt Clark, Founder of UVA.

Rising over the visitor, each nine-foot column is intended to challenge personal perception while eliciting a visceral and electrifying reaction similar to the thrill one might experience when exploring a new city. 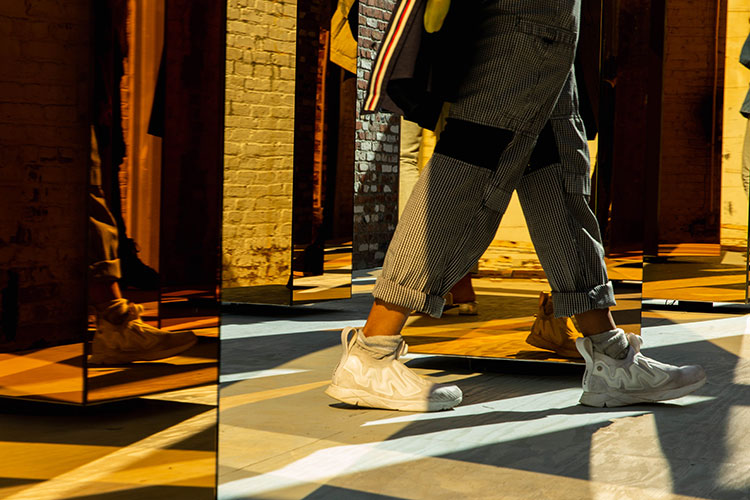 The motion of the columns serves as a metaphor for the underlying forces that keep cities in constant transformation. Their combined rotation is orchestrated to create different patterns of motion, articulating a number of moods that range from dormant to dynamic, playful or even turbulent. These states unfold during a 24-hour cycle that has been pre-programmed to reflect the daily activity of New York, based on selected data that reveal levels of human activity in the city, such as energy demand patterns or traffic flow. UVA aims to stir the visitor, moving through this installation, to a highly emotional and visceral reaction while alluding to deeper influences between people and the cities they live in. 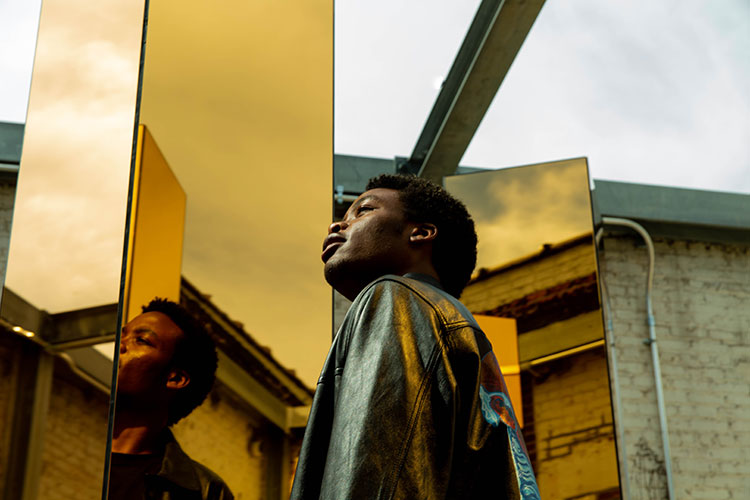 The polished reflective surface of each column magnifies the movement of neighboring columns and recruits the surrounding environment – the sun, sky, and Greenpoint’s industrial setting – into the experience of the piece. As day turns to dusk, the piece takes on another personality, illuminated by sodium vapor lamps which reference the unique vibrancy of cities at night. 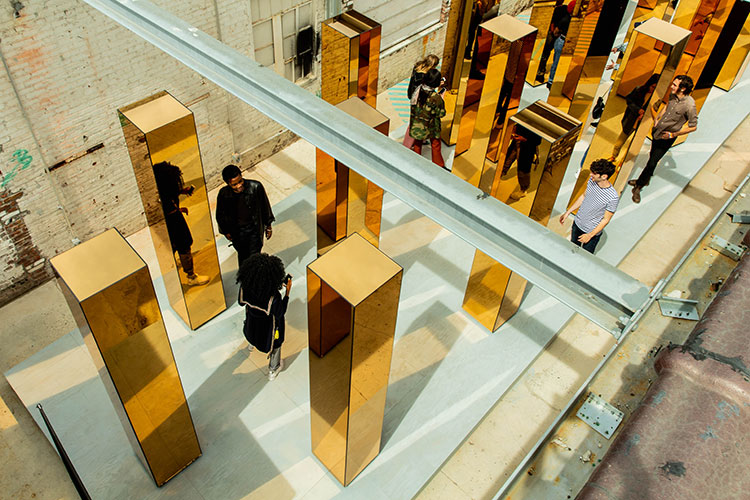 “We built A/D/O to help explore the future of design – because at MINI we believe that design can tip the scales towards a more humane world,” says Esther Bahne, Head of Brand Strategy and Business Innovation at MINI. “Spirit of the City presents an optimistic vision of a city that reflects and adapts to people’s feelings and desires. A city that energizes you. This is a vision we aim to contribute to with our products and initiatives such as A/D/O.” 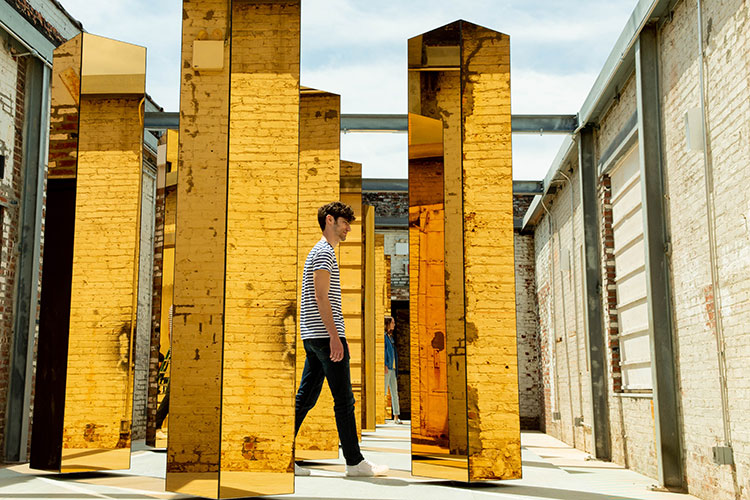 “A/D/O was created not just as a platform for impactful design, but to spark a debate about the future and advocate for designers having a prominent role in decisions which affect us all,” says Nate Pinsley, Managing Director of A/D/O. “This piece, created with United Visuals Artists, will be complemented by events and activities throughout the summer and continues our research into visions of urban utopia.” 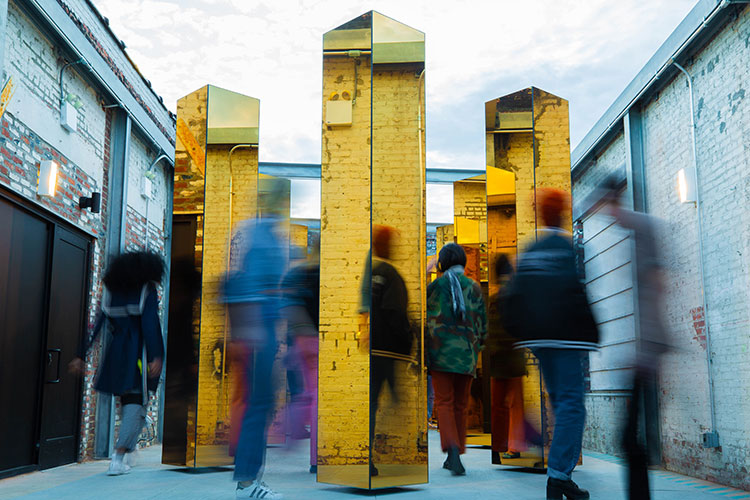 Matt Clark, Founder of UVA continues: “Imagination and curiosity—the qualities that make us human—flourish in New York City where the stark and intriguing contrast between the built environment and living ecosystem dominates individual observation and behavior. Ultimately, Spirit of the City intends to pose the question, do our activities define our urban landscapes or do our urban landscapes define us?”

The exhibit will represent the first significant showcase at A/D/O during NYCxDesign. Spirit of the City will be open to the public until September 2nd.