Australian skincare brand Aesop has opened its tenth signature store in Germany designed in collaboration with Snøhetta. Located in Grabenstraße, this is the very first store to open in the city of Düsseldorf. Aesop Grabenstraße is the second store designed by Snøhetta to open in Germany, preceded by Aesop Fasnanstraße in Berlin. 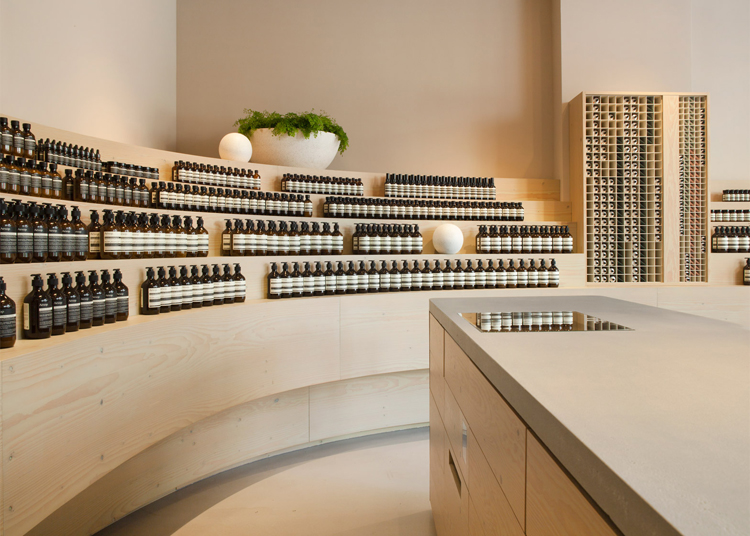 In harmony with the handsome pedestrian plaza in which the store is situated – host to a variety of markets and fairs – the design subtly blurs distinctions between interior and exterior, and effects subdued contrasts of materiality and form. Blonde-hued, tiered shelving crafted from Douglas Fir curves around the walls to effect a crescent suggestive of an amphitheater beckoning audiences; embedded downlights from the ceiling mirrors its form. 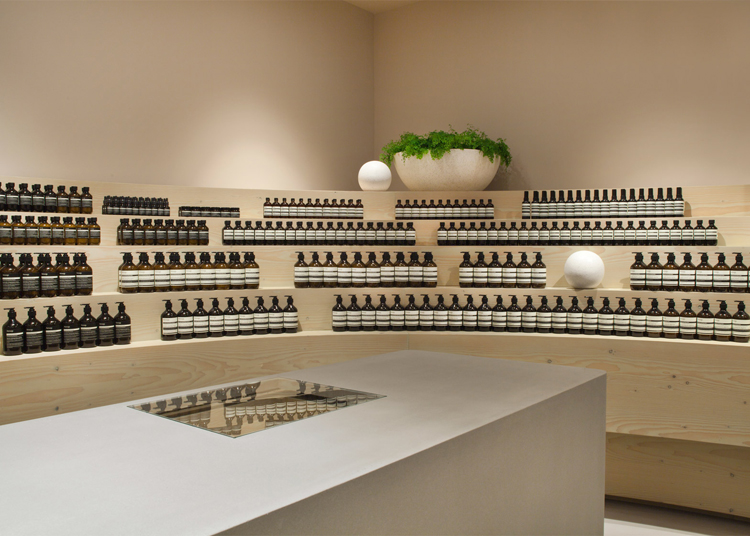 This implicit extension of the plaza is amplified by a monolithic concrete sink; reminiscent of a fountain around which local might regularly gather. Conversely, an element of the interior is continued just beyond the stone façade, where two timber benches fitted with planter boxes invite visitors to sit and linger in the shade outside. 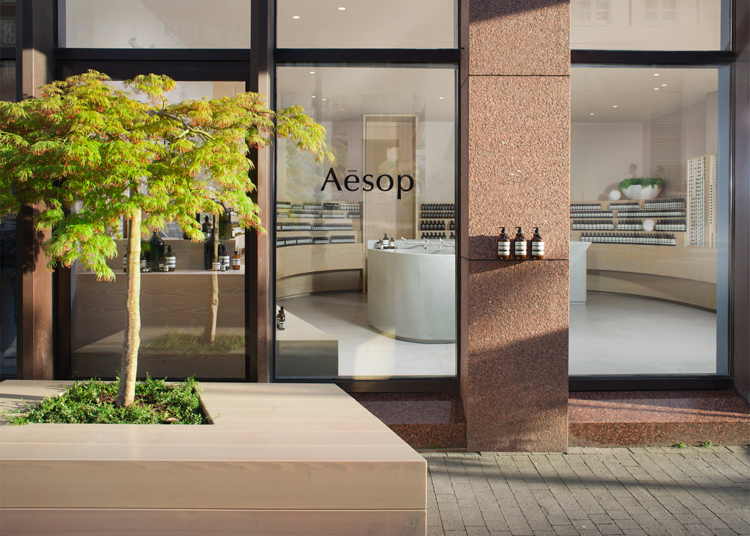 With the recent opening, the store in Düsseldorf becomes the fifth space resulting from the collaboration between Aesop and Snøhetta, including the Aesop’s 100th store in Oslo and the recently opened Aesop ION store in Singapore. 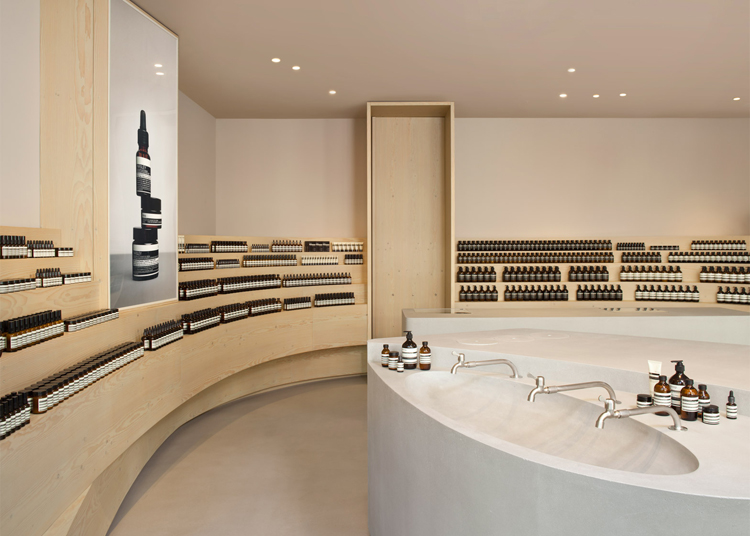 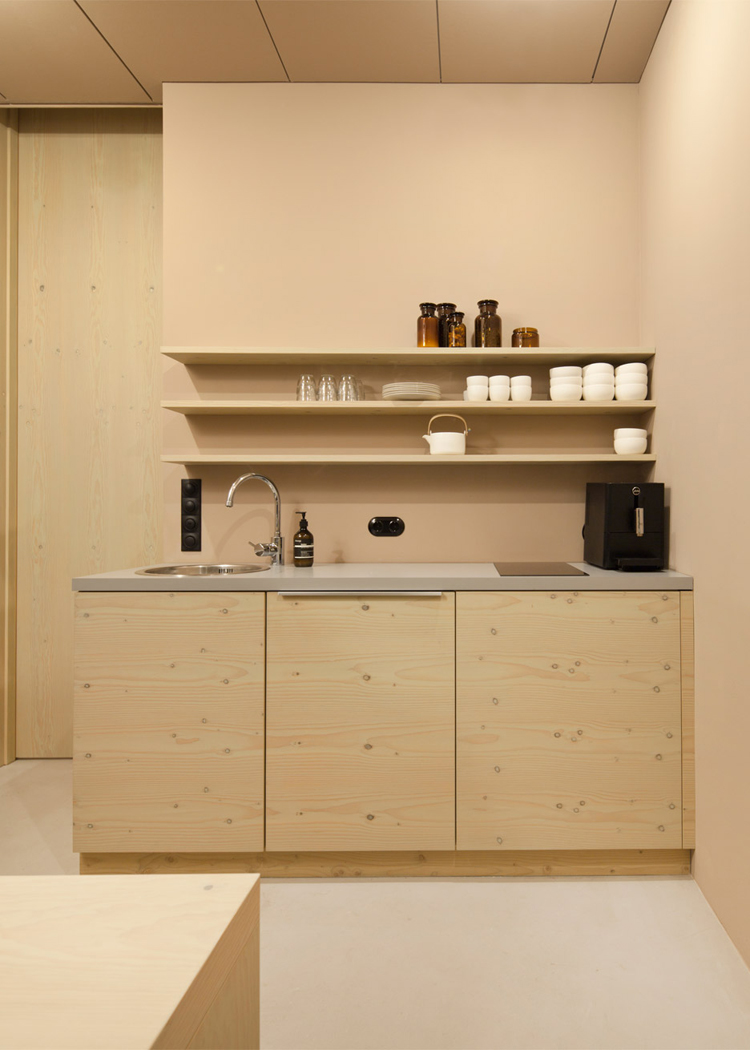 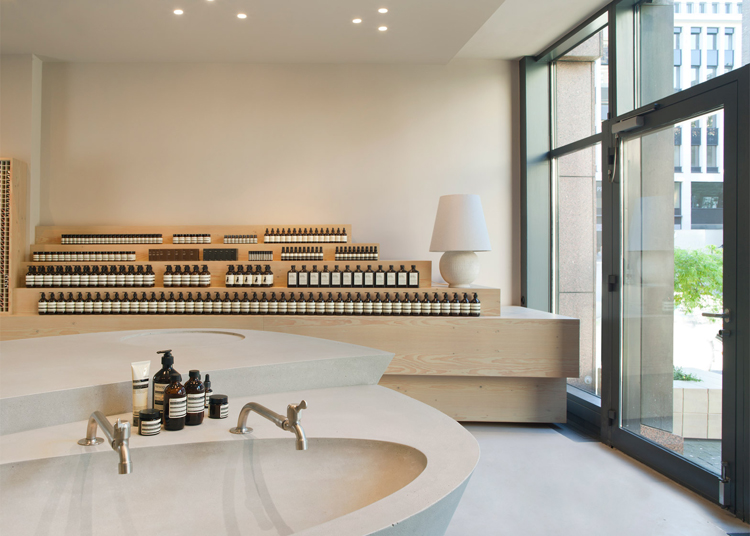 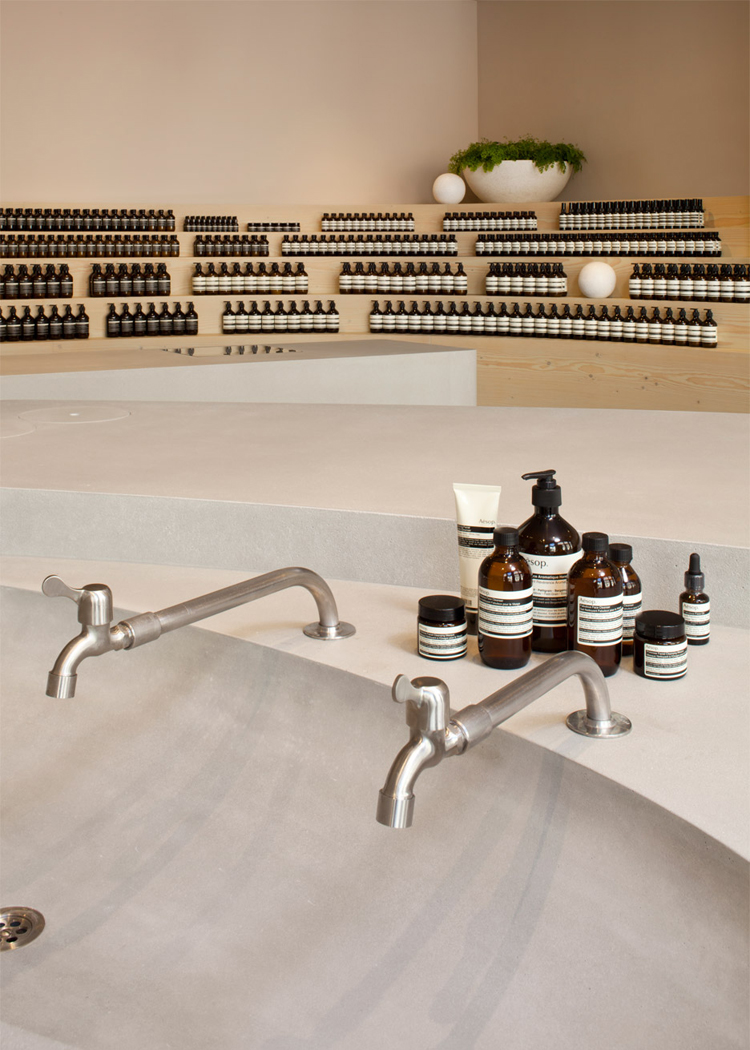 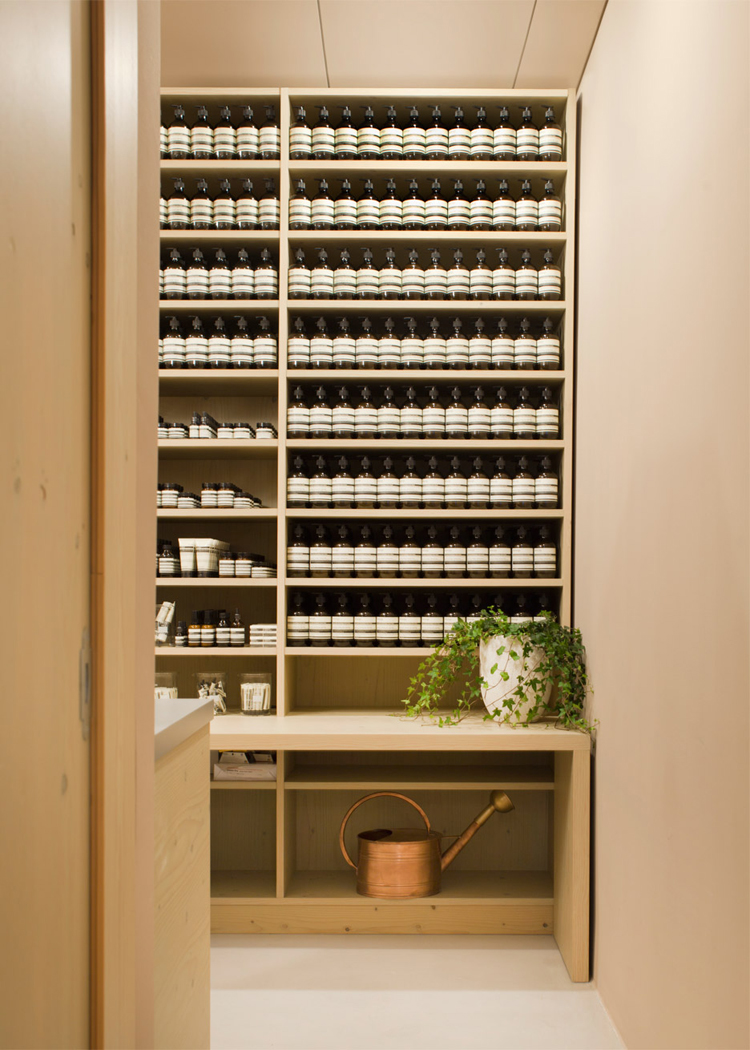 all images courtesy of Snøhetta