Beijing welcomes Oh Yeah Brewing to the fold with its new local brew on a grand scale. The city has always been the heart of the growing craft scene in China, the largest beer consuming market in the world. Oh Yeah Brewing is nestled in the centre of Beijing’s business district of Guo Mao, amongst architectural landmarks such as the CCTV tower and the China World Trade Centre. With Beijing’s financial hub as its neighbouring clientele, the brewery looks to attract the up-and-coming affluent Chinese who seek a relaxed yet more modern social environment. 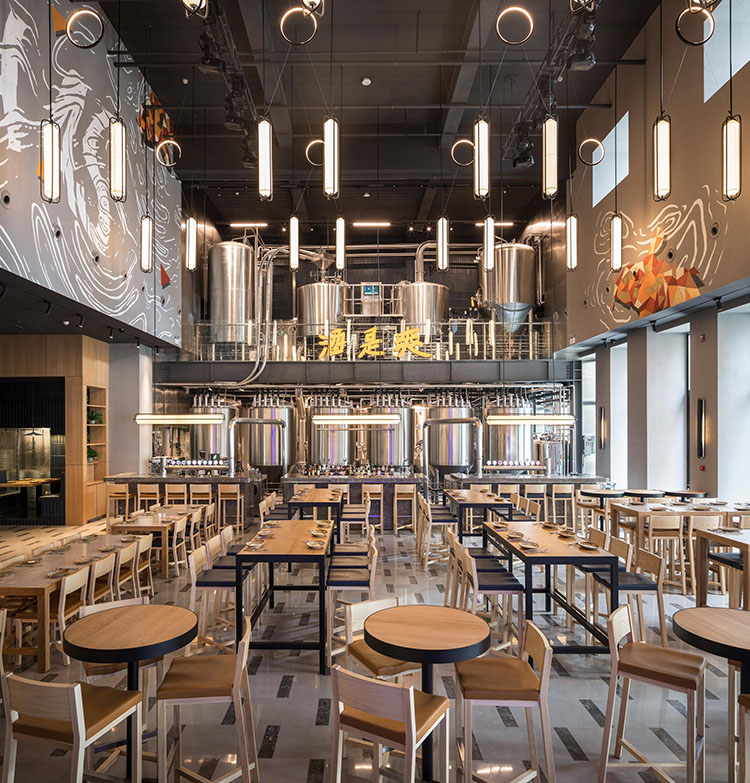 The well-travelled Chinese founder wanted to develop a new atmosphere that would challenge the hard-surfaced, grungy, industrial garages of your typical craft beer bar. They wanted to create a comfortable space where people could sit back with friends for hours-on-end, enjoying delicious bites and uncomplicated, easy-to-drink, fresh beer. hcreates was selected for the project due to their reputation for bar and restaurant design of some of China’s most iconic brewing experiences, including Liquid Laundry, Boxing Cat Brewery and Little Creatures. 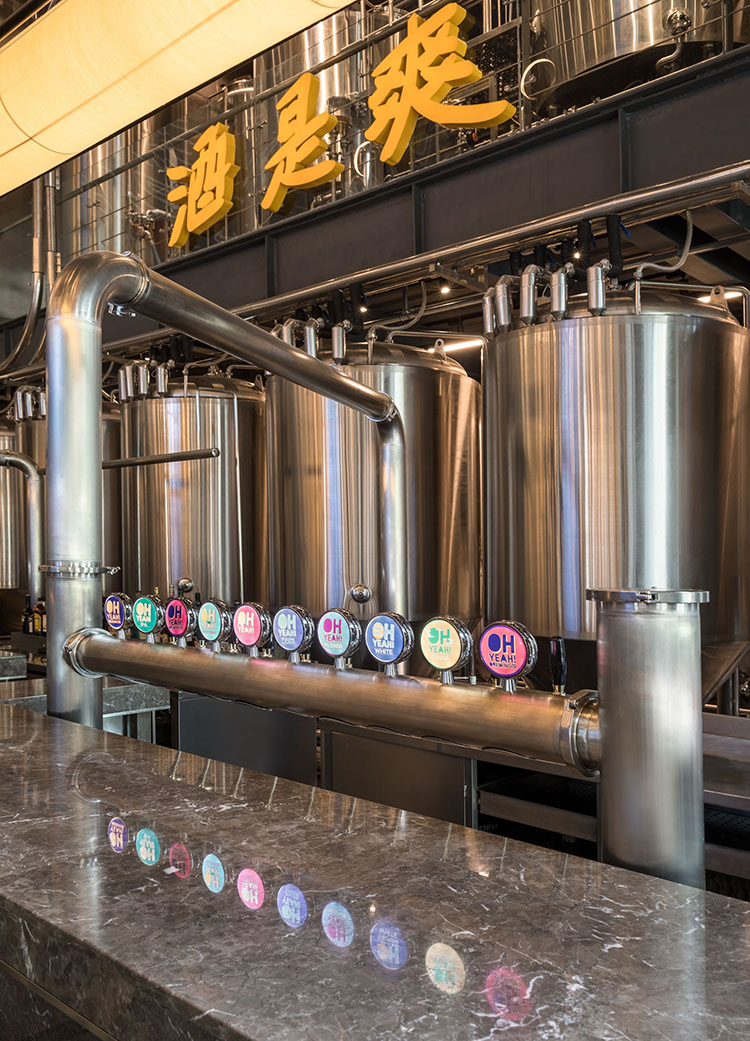 Formerly the site of an aviation parts factory, Oh Yeah Brewing makes full use of the building’s impressive height. The double-height brewery, the centre piece of the space, spans two levels and presses up into the ten-meter high ceiling. The challenge for the design was always going to be how to bring intimacy to the space and cater to different dining preferences. To manage this, the space seamlessly integrates three distinct areas – a sun-drenched indoor pizza garden, a main beer hall nestled between a band-ready stage and double-height brewing tanks, and a more intimate and cosy drinking lounge upstairs. 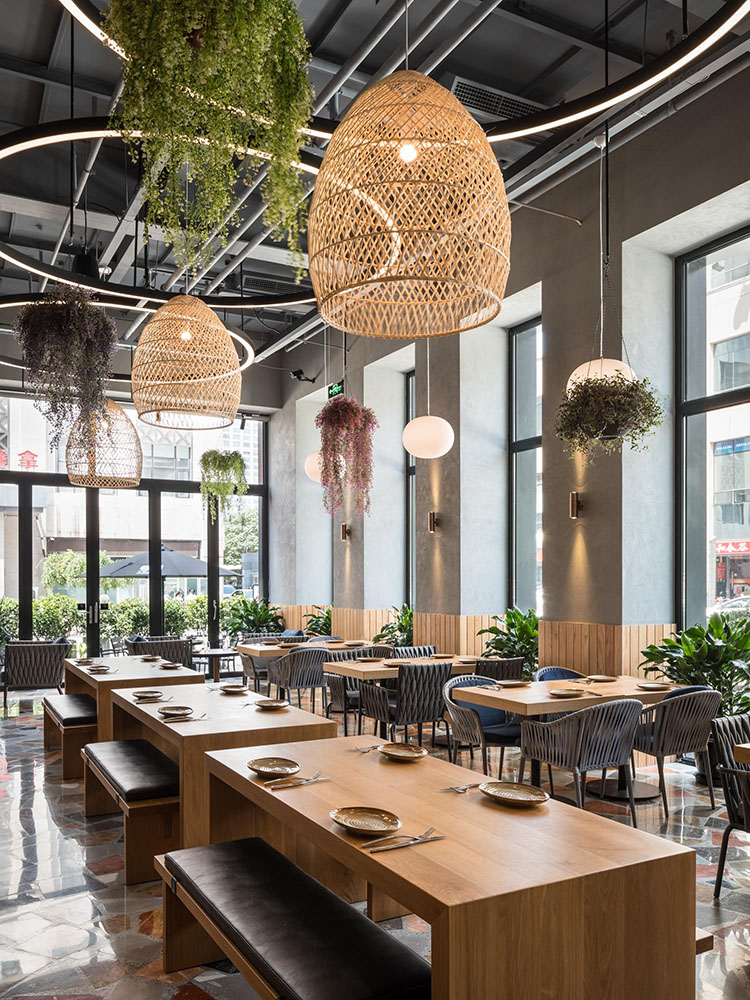 On the exterior, the large font lettering of “Oh Yeah Brewing” stamps the façade, a crisp stainless-steel box contrasted against the earthy beige textured finish. Hannah Churchill, the design director of hcreates, really enjoys this aspect of the space. “You enter the brewery through this silvery box and are instantly transported away from the concrete grey of the urban surroundings into a flourishing garden oasis”. 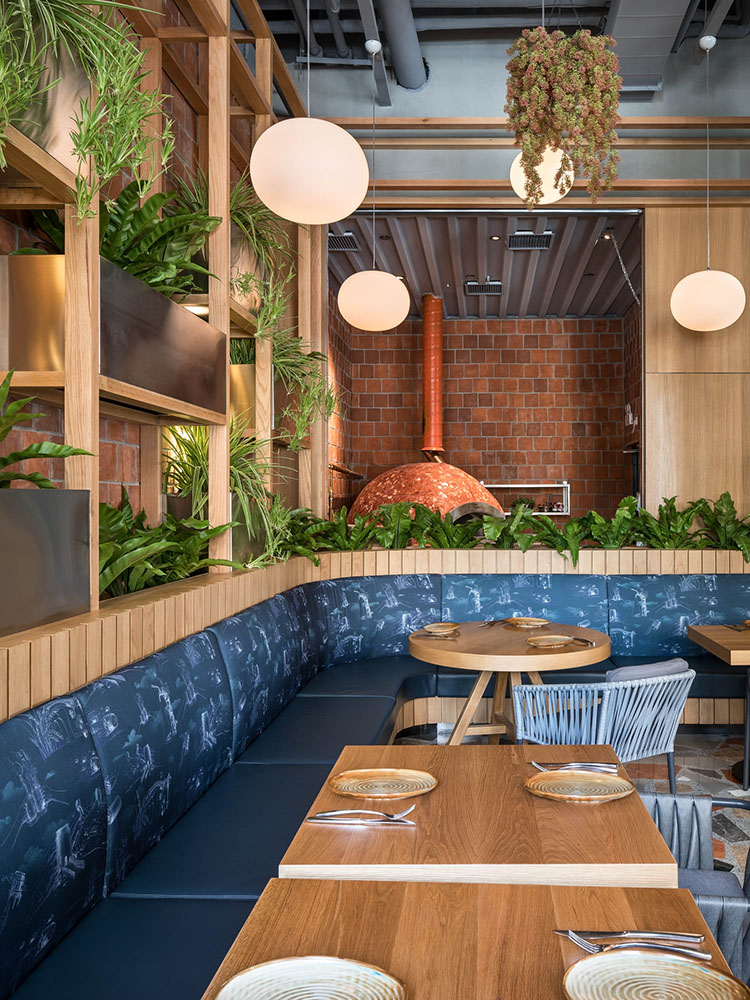 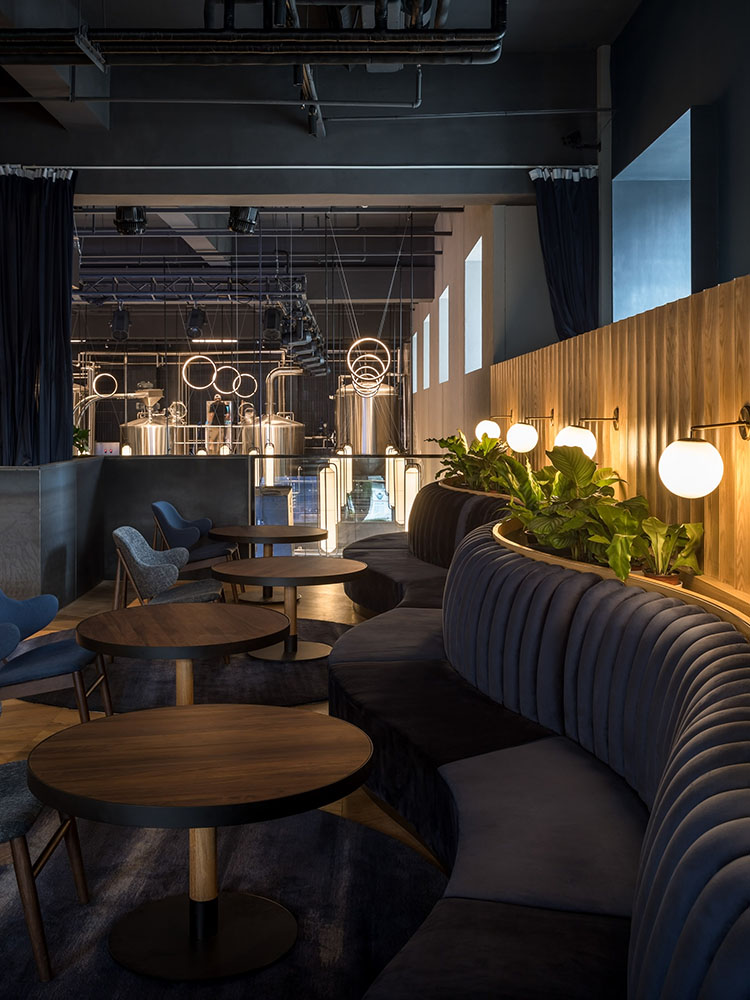 The main beer hall is separated from the pizza garden by a raw steel staircase backed by a huge LED screen and stage. The opposite side of the under stairs houses a take-away fridge where patrons can easily take their favourite brew to go. With its grand ten-meter high ceiling, the double-height brewery is the emphasis of the space. Spanning across one wall, its stainless steel tanks gleam under a ceiling of custom-made lanterns. The bar is broken-up and designed to give unobstructed views into the brewery, so patrons are fully witnessing the production process. Above the open kitchen, a mural of stylised gold-leafed fish and a “Fresh As” slogan dominates the length of the hall, bringing a splash of colour and artistic touch. Stone flooring and chunky solid oak furniture draw from the traditional tap house aesthetic. Large steel-framed windows look out on the outdoor patio area, providing plentiful daylight and green views. 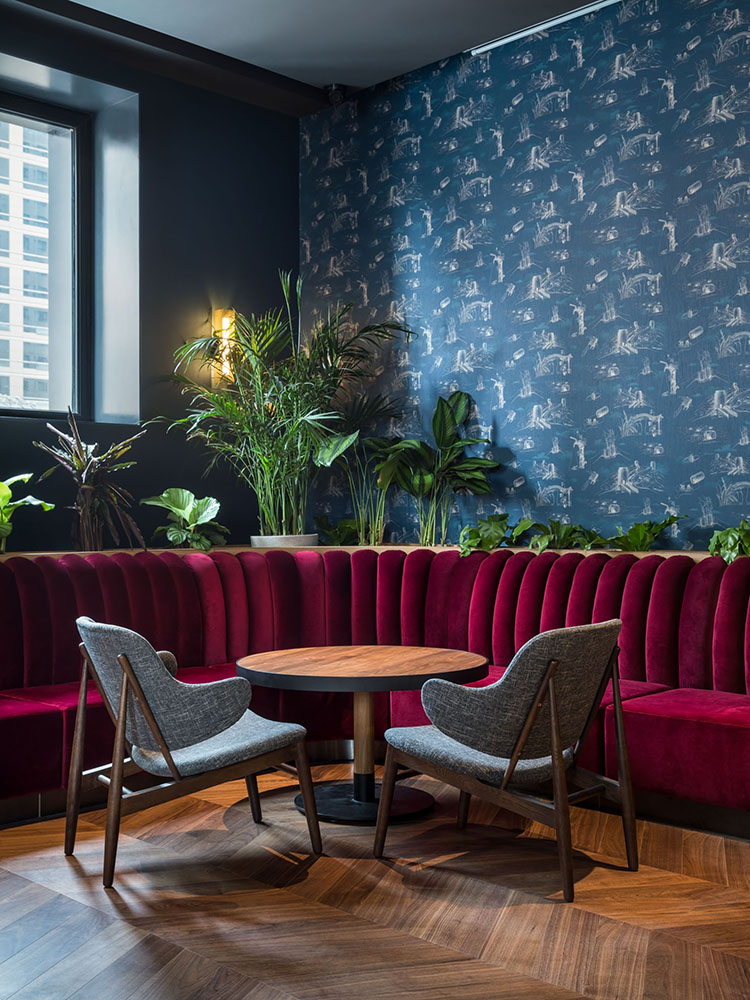 For the second level mezzanine lounge the designers wanted to create a more intimate space that overlooks the beer hall and forms a separate VIP area. To distinguish from the more traditional tiles in the rest of the space, the designers chose to use a mix of Oak and Walnut in chevron for the floor. A more refined touch is introduced into the space using a curved dark blue and deep red velvet bench seating. The custom-printed silk wallpaper and wall-mounted globe lights create an intimate lounge space. 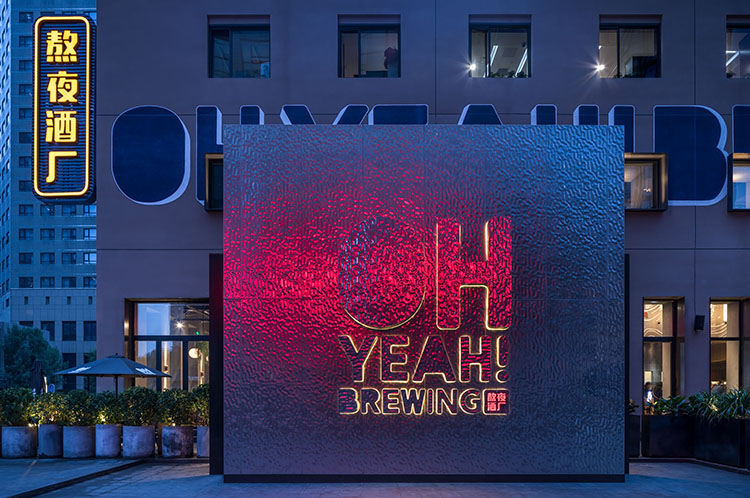 In the process of redefining the modern brewery, hcreates has created a contemporary eating and drinking space that playfully mixes traditional textures and surfaces to create craft brewing on a grand scale. Whilst the industrial brewing tanks are the centre piece of the brewery, it’s the subtle and creative use of different surfaces throughout that creates a clever and harmonious design.