Volkswagen has revealed the I.D. autonomous electric-car concept, making its debut at the 2016 Paris motor show. The zero-emission I.D. will already be going into production in 2020, and it will kick off a new generation of innovative electric vehicles.

Dr Herbert Diess, Chairman of the Board of Management Volkswagen Brand explained: “In 2020 we will begin to introduce an entire family of electric vehicles on the market. All of them will be based on a new vehicle architecture which was specially and exclusively developed for all-electric vehicles. Not for combustion engine or plug-in hybrid vehicles. The I.D. stands for this new era of all-electric vehicles, for a new automotive era: electrical, connected and autonomously driving.” 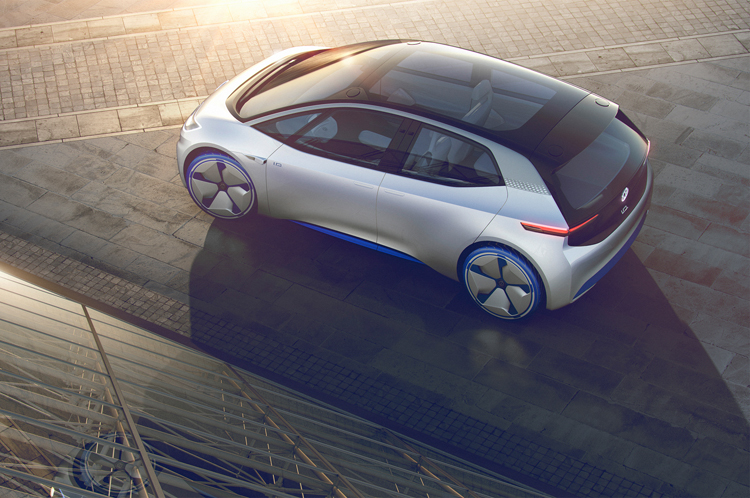 Volkswagen is giving a new direction with the I.D. It will be the first Volkswagen on the market to be based on the newly developed Modular Electric Drive Kit (MEB). The I.D. is positioned as a compact electric car with which Volkswagen aims to expand its range of high-volume models in parallel to best-sellers such as the Polo, Golf, Tiguan and Passat. The I.D. will be powered by a 125 kW / 170 PS electric motor. Offering a range of up to 600 kilometres and a price on the level of today’s Golf with comparable power, the I.D. will make the “zero emissions” theme a natural aspect of everyday driving. 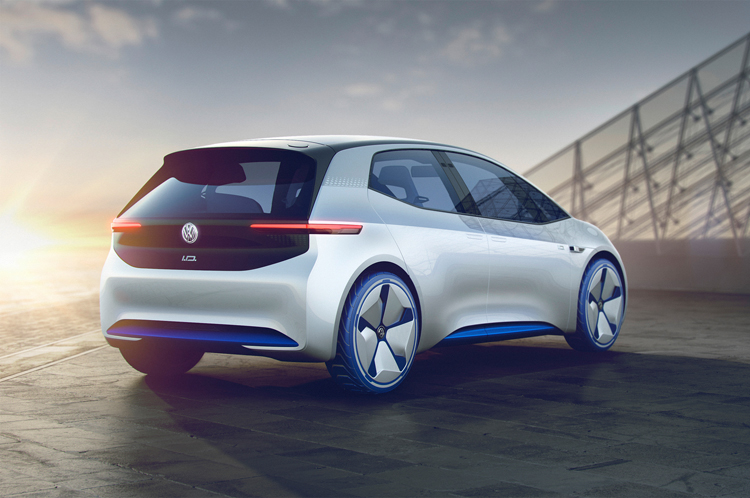 The I.D. shows a completely new Volkswagen design language for electric vehicles of the compact class. What is known as the Open Space Concept has been implemented for the first time in its interior. Somewhat shorter than a Golf, the I.D. offers the generous space of a Passat. This was made possible by the new drive concept architecture with an electric motor on the rear axle and a high-voltage battery in the vehicle floor, which enables more space and flexibility. At the same time, the I.D. already bridges over to the year 2025: the I.D. is the first Volkswagen concept car to be fully autonomous in the “I.D. Pilot” mode. The “I.D. Pilot” is activated by touching the VW logo on the steering wheel, which then disappears into the instrument panel and gives the driver an entirely new feeling of space. 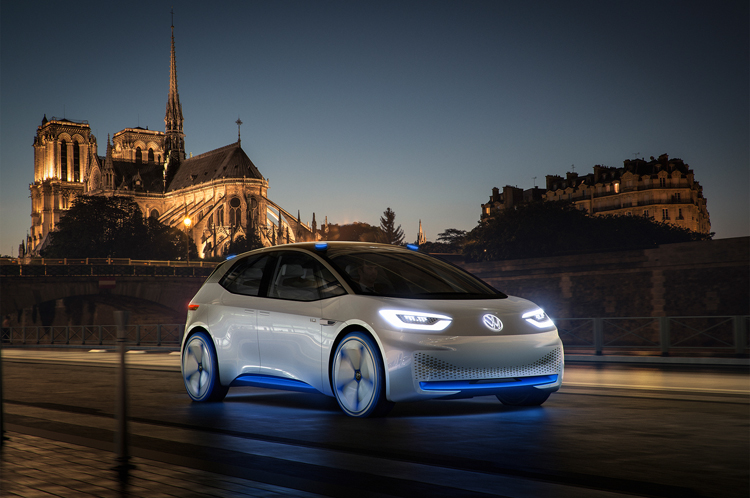 The conventional car key has been retired in the I.D. Instead, a smartphone will be used as a “Digital Key” to open the car and enable the vehicle to start. The idea behind it: in the near future, individuals who drive a Volkswagen will get their own “Volkswagen ID”. This ID is an individual profile that stores such information as personal seat and climate control settings, favourite radio stations and play lists, settings of the sound system, contact data for friends and business partners and the navigation system configuration. This profile is called up via the Volkswagen Automotive Cloud. 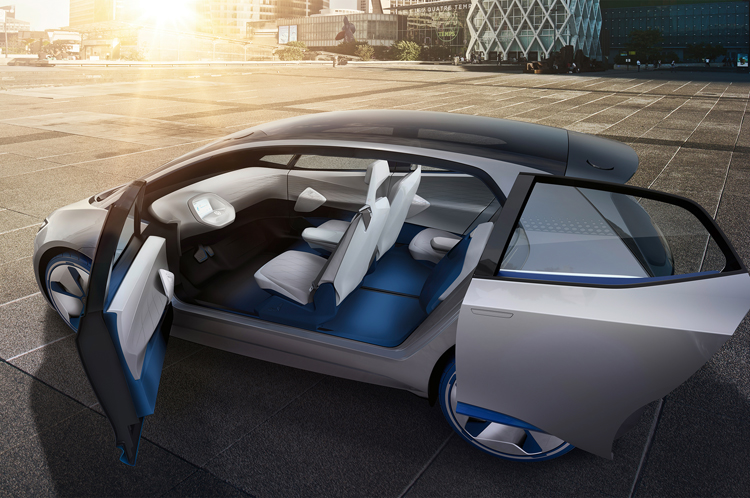 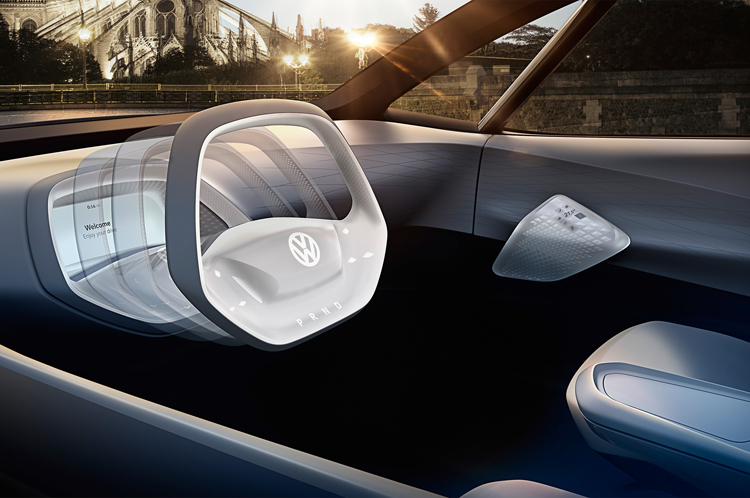 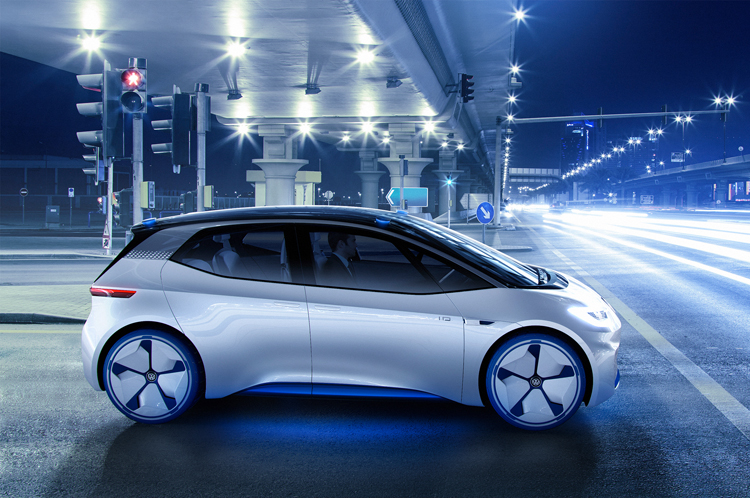 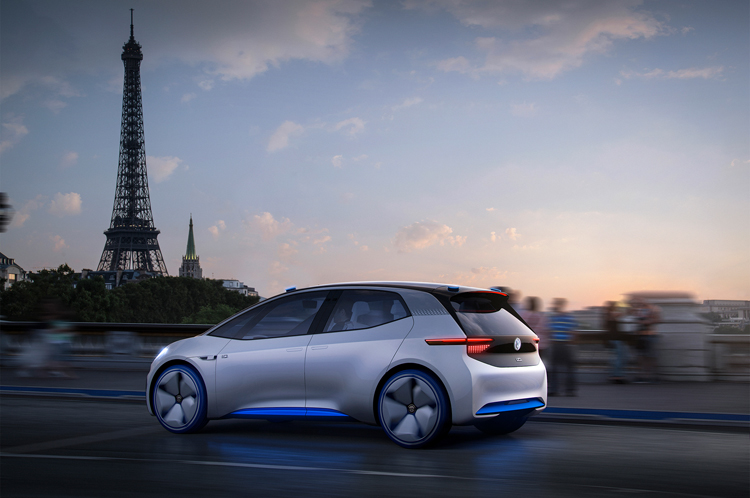 all images courtesy of Volkswagen