Audi has unveiled its highly-anticipated Q8 concept car at the 2017 North American International Auto Show (NAIAS). With the dynamic lines of a coupe, the model is considered an elegant alternative to the robust presence of a classic sport utility vehicle.

The Q8 concept combines the spaciousness typical of an SUV with the emotional lines of a coupe. Propulsion is provided by a powerful, yet highly efficient plug-in hybrid with 330 kW of system output and 700 Nm (516.3 lb-ft) of torque. The concept car is the basis for a production model that Audi will launch on the market in 2018. 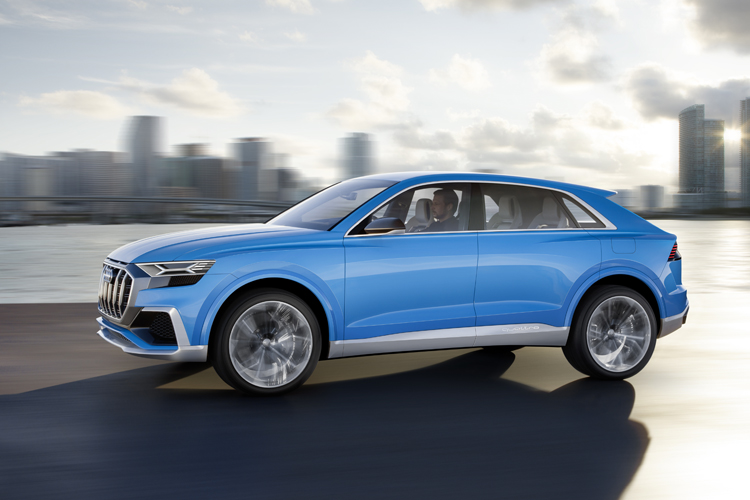 At 5.02 meters (16.5 ft) long, the Audi Q8 concept is an impressive presence in the full-size class. Thanks to a wheelbase of three meters (9.8 ft), the show car offers plenty of space for passengers and luggage. Despite the sloping, coupe-like roofline, even the rear-seat passengers enjoy ample head and shoulder room. The control concept uses large touchscreens in the cockpit and is rounded out by an expanded version of the Audi virtual cockpit and a contact-analogue head-up display. The latter uses intelligent augmented reality technology that merges the real and the virtual worlds. 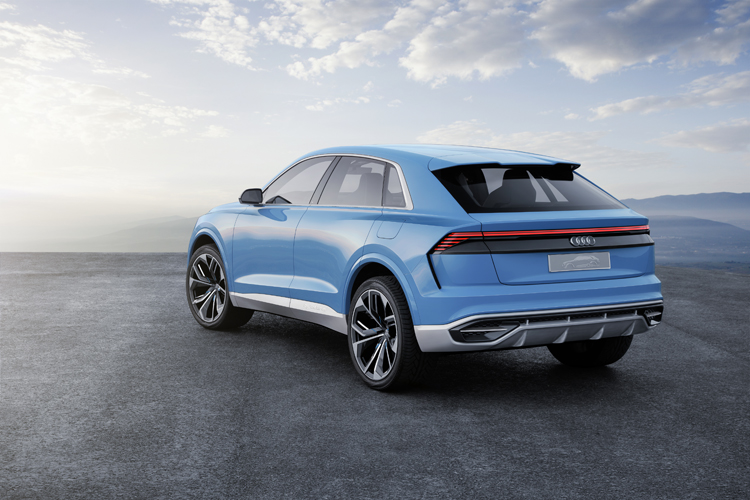 Virtually floating above the center tunnel is a console for the shift-by-wire lever, with which the driver controls the eight-speed tiptronic transmission purely electronically. The console’s appearance resembles the stern of a sailing yacht.

The wrap-around begins in the front doors. This large, horizontal arc runs along the lower edge of the windshield and frames the driver’s and front passenger’s seats without hemming in the occupants. The sport seats as well as the two individual seats in the rear are made up of segments that appear to be separate geometric bodies, from the pronounced side bolsters to the head restraints. 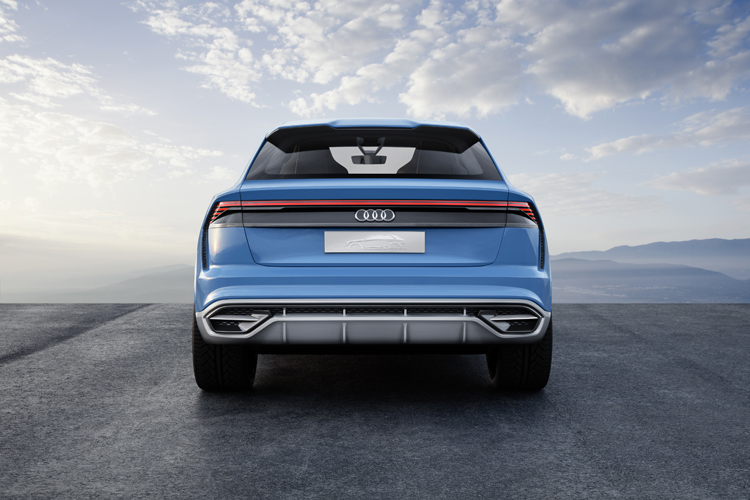 The instrument panel with its distinctly horizontal character descends in steps toward the interior. The central control and display surfaces are integrated into the so-called “black panel” – a glossy black strip framed by an aluminum clasp. When switched off, the monitor is invisibly embedded in the surface and the lines flow harmoniously. When the display is in operation, it assimilates perfectly into the design line. 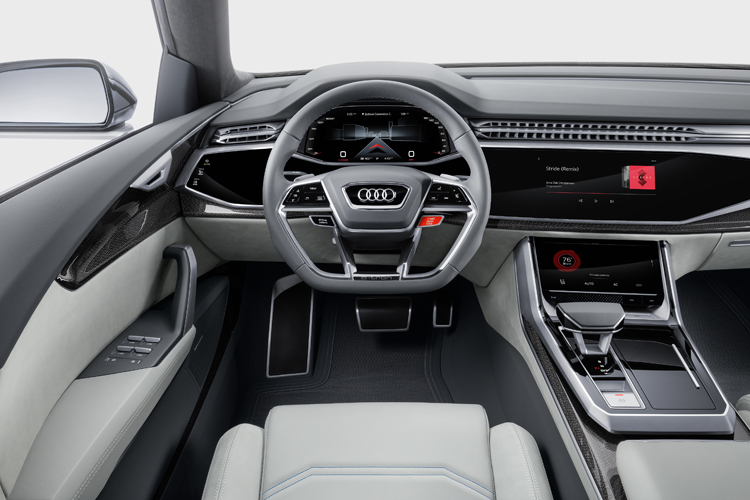 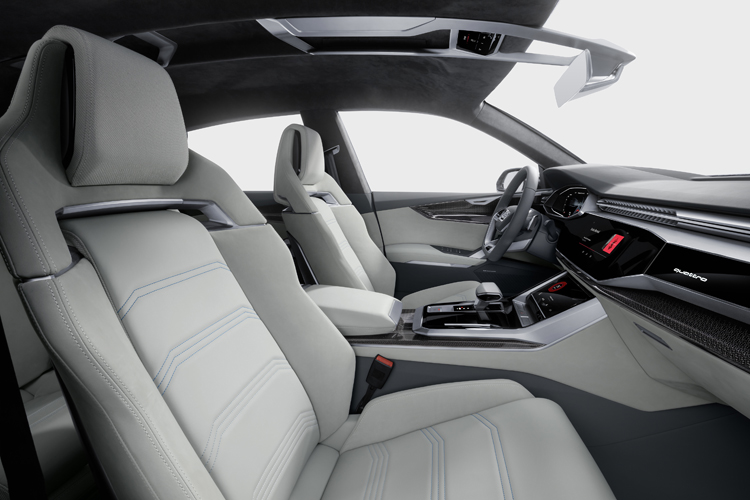