Rolls-Royce has unveiled a concept electric vertical take-off and landing (EVTOL) vehicle at the Farnborough International Airshow 2018. The design could be adapted for personal transport, public transport, logistics and military applications and is based upon technologies that already exist or are currently under development.

The initial concept vehicle uses gas turbine technology to generate electricity to power six electric propulsors specially designed to have a low noise profile. It also has a battery for energy storage. In this hybrid-EVTOL configuration it could carry four or five passengers at speeds up to 250mph for approximately 500 miles, would not require re-charging – as the battery is charged by the gas turbine – and would be able to utilize existing infrastructure such as heliports and airports. 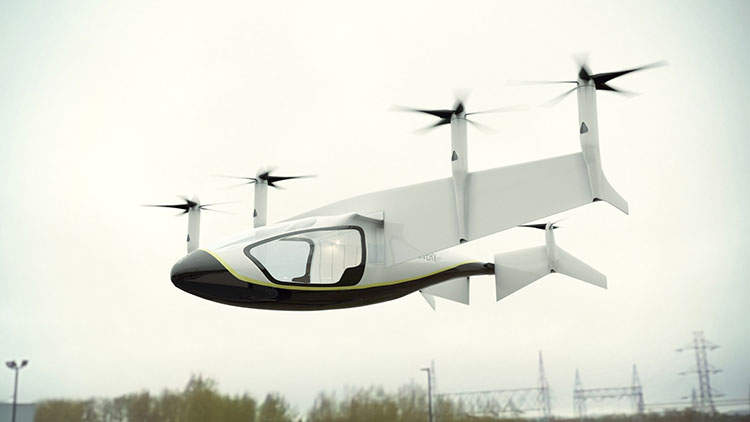 The wings are able to rotate 90 degrees, enabling the vehicle to take off or land vertically. The propellers on the wing could fold away once the craft has reached cruising height, reducing drag and cabin noise, with the craft relying upon the two rear propellers for thrust.

The EVTOL – or personal air mobility – market is emerging as a result of technological advances and a need to meet the demands that will be placed upon conventional transport systems as more of the world’s population lives in large cities plagued by congestion. EVTOL will also play a role in meeting the requirement for more efficient travel with fewer emissions. 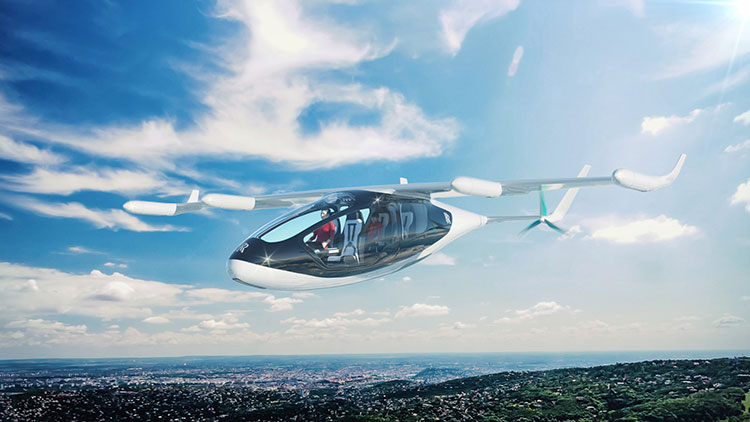 The initial Rolls-Royce EVTOL concept uses an M250 gas turbine which is embedded within the rear of the aircraft and modified as part of a hybrid electric propulsion system. The M250 is a highly successful Rolls-Royce engine. Over 31,000 have been delivered since the first version entered service over half a century ago, with an estimated 16,000 currently in service. It has powered more than 170 different helicopter and fixed-wing civil and military applications and the whole fleet has clocked up more than 250 million flying hours.

The company revealed the concept at last weekend’s Farnborough International Airshow, where it said it was looking for strategic partners to help it realise its vision for electric vertical take-off and landing (EVTOL). Rolls-Royce EVTOL could take to the skies as soon as the early 2020s.