The renowned custom bike designer Roland Sands stripped down the BMW R 18 to create a straight line dragster featuring the iconic and massive boxer powerplant. The result: the R 18 Dragster. He and his team have created a unique masterpiece built around the impressive 2-cylinder Big Boxer, giving their creativity free reign in the process.

Roland Sands’ personal story served as a source of inspiration for his work on this bike. “With an engine that’s so visibly the center piece, I immediately thought of muscle cars. My family has always been into going fast and my dad was a drag racer, so I thought it made sense to strip the bike down to the essentials and shape it to go fast on a straight track,” the designer explains. 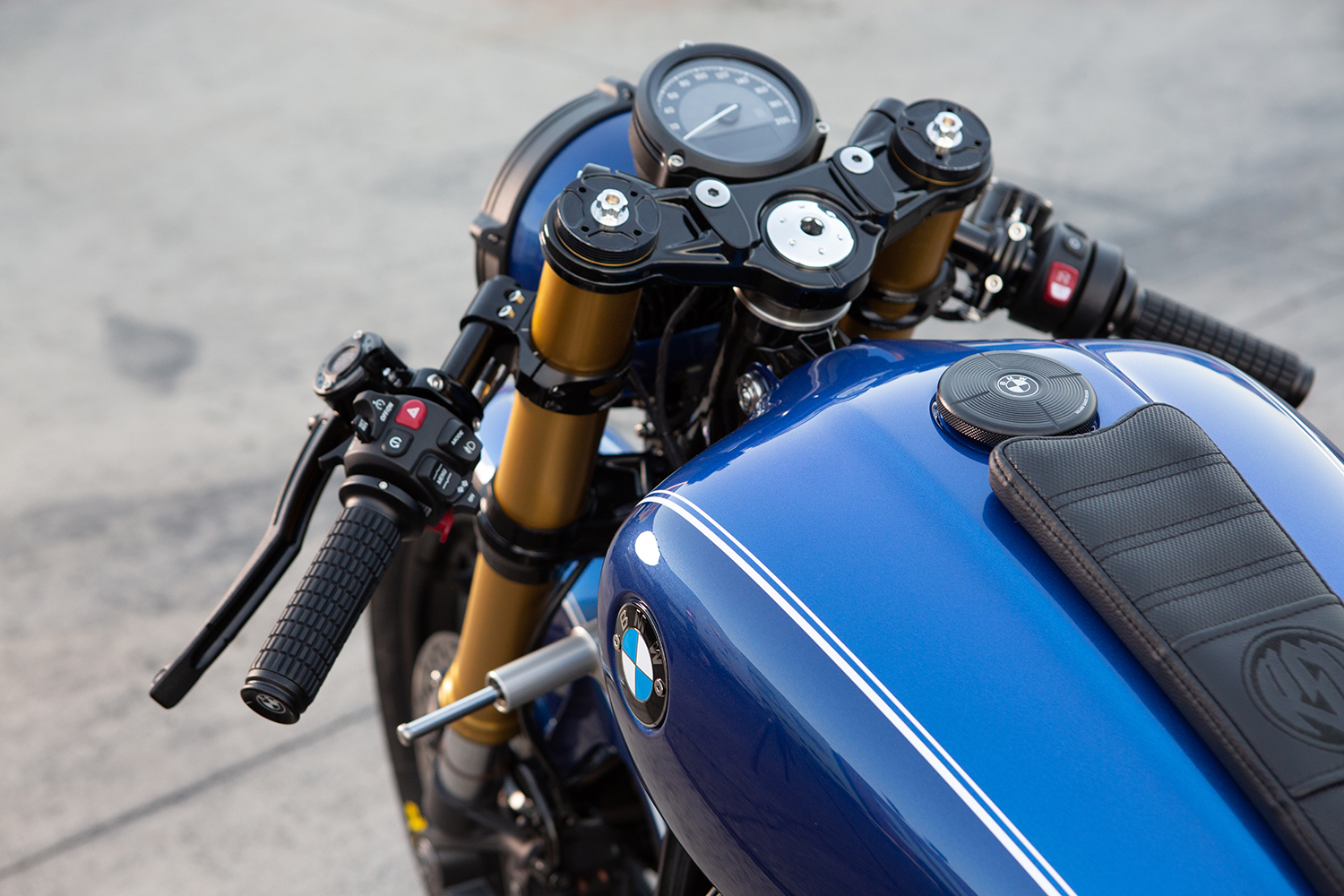 With the new R 18, BMW Motorrad presented the brand’s first series production bike for the cruiser segment in April 2020. Like no other BMW motorcycle before it, this model stands entirely in the tradition of historical BMW motorcycles – both technically and with regard to its design. It is based on illustrious models such as the BMW R 5 and shifts the focus back to the motorcycle essentials: purist, no-frills technology and the boxer engine as the center of riding pleasure. The “Big Boxer” continues the line of traditional air-cooled boxer engines that have offered inspiring riding since BMW Motorrad first began production in 1923. 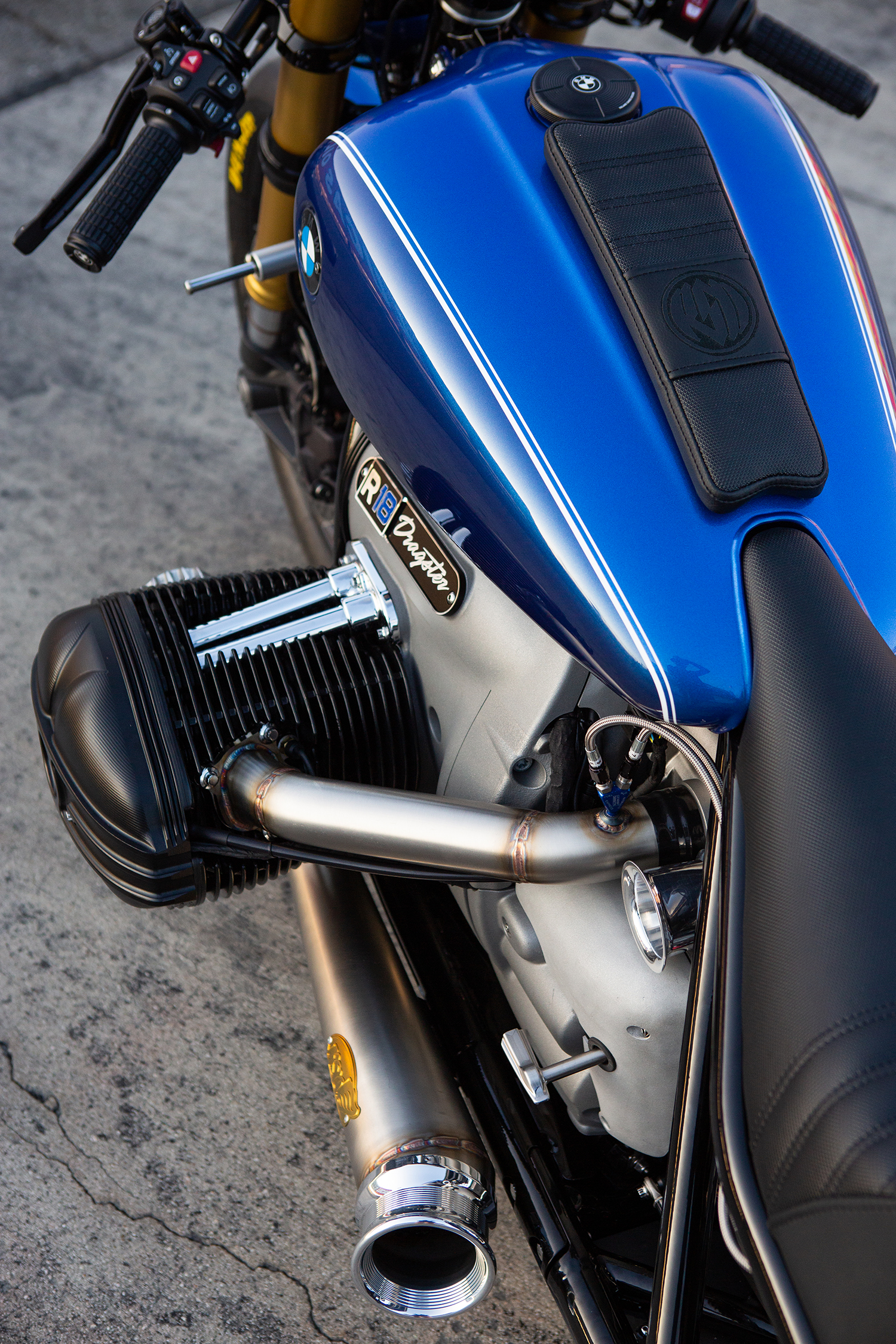 Roland Sands always starts by sketching his ideas. This allows him to figure out the basics of the shape and what the stance and the geometry of the bike could look like. “In the end, the real magic happens when we bring the sketch to life,” Roland explains.

More than any other motorcycle, the new R 18 offers a highly customizable design. It features an easily removable rear frame and a simple-to-dismantle painted parts set. This gives the customer a high degree of freedom for easily converting the rear end of the new R 18 to suit personal preferences. In addition you can also change the paint finish to suit your personal taste. “The electronics were definitely the most difficult task we had to deal with as we put in nitrous oxide, stripped out the stock exhaust and changed the intake drastically. It was a bit of an experiment, but we dialed it in! The final product is impressive and characterised by a high level of craftsmanship, as can be expected from BMW Motorrad. Right from the beginning, I couldn’t wait to get customizing!” Roland points out. 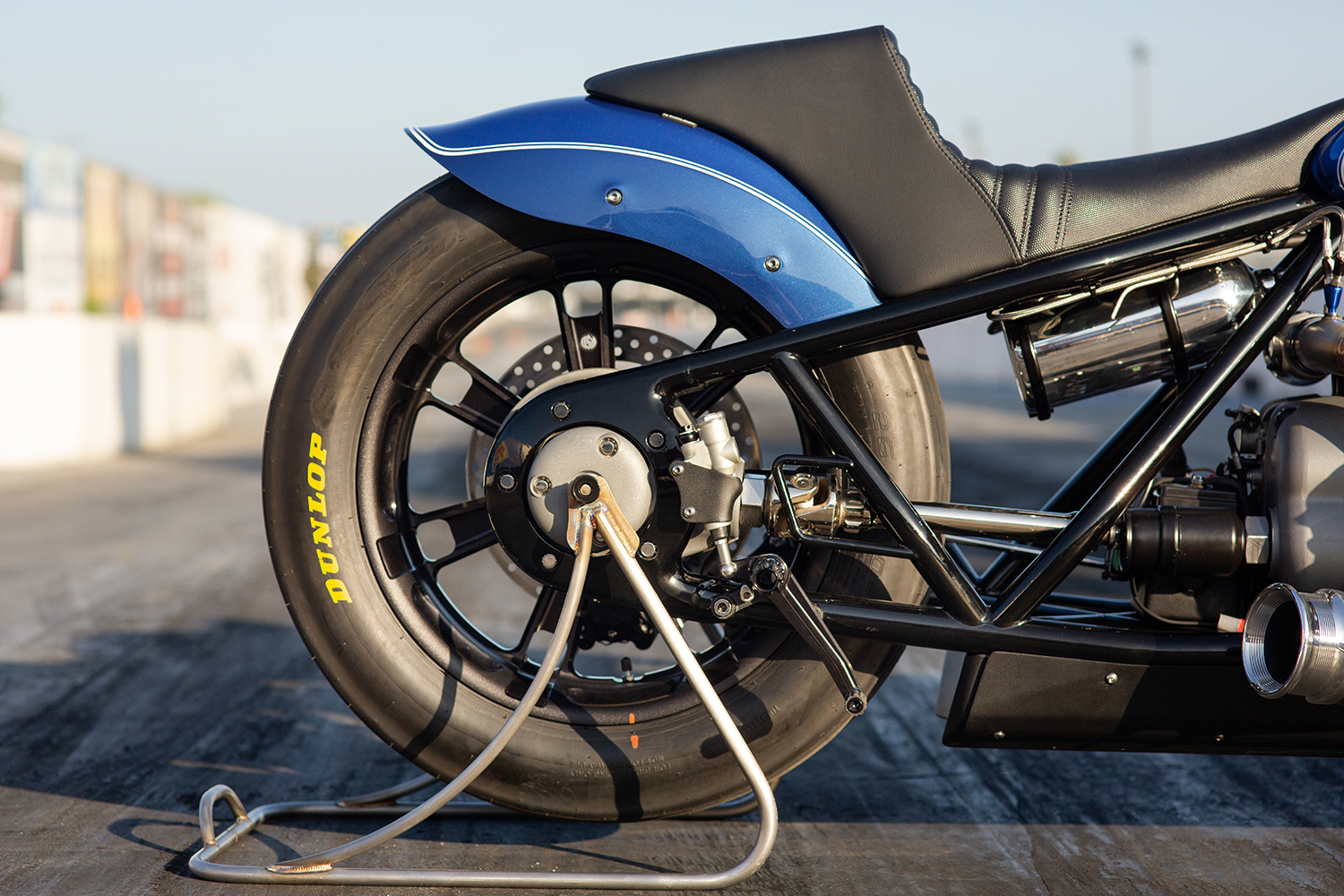 For the the R 18 Dragster, the team around Roland Sands retained the stock neck geometry of the R 18, removed the bike’s rear end and turned it into a drag racer. Moreover, they chose to modify the front and rear fender to fit the modified frame. The whole customizing process took about three and a half months. The bike then headed to the workshop for final assembly and a day at a drag strip.

“Every bike needs different sources depending on the build, special materials or parts. Every new bike concept is a bit of a learning process even after having built over 200 bikes. We always want to understand the genre of the bike we are building in, it’s the key to keeping it authentic and functional,” explains Roland Sands. 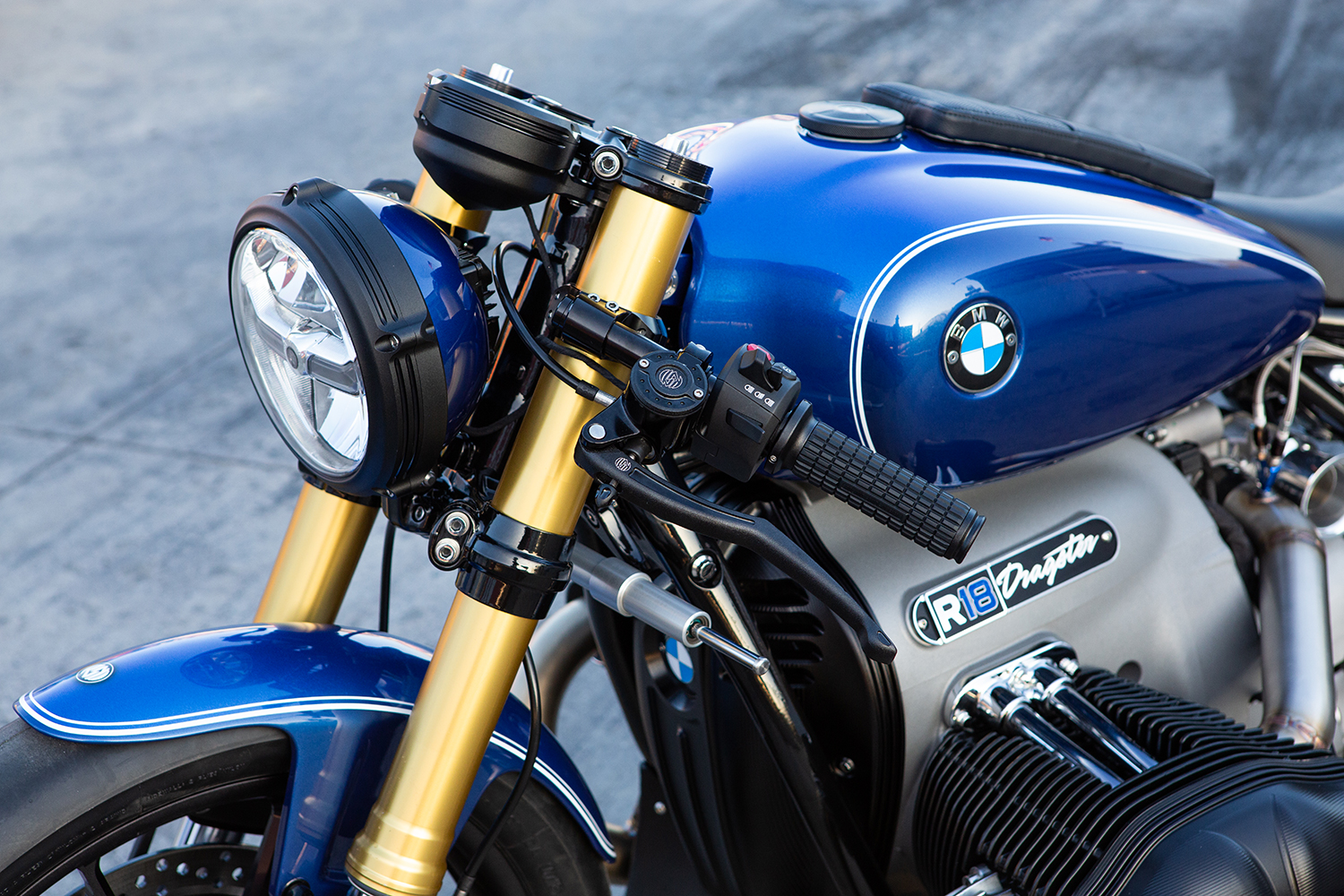 For the R 18 Dragster, Roland Sands used the milled parts design collection “2-Tone-Black” to customize levers, wheels, valve covers, breast plate, headlight and gauges. The front end was taken from the BMW R nineT. The seat as well as the exhaust were created from scratch. 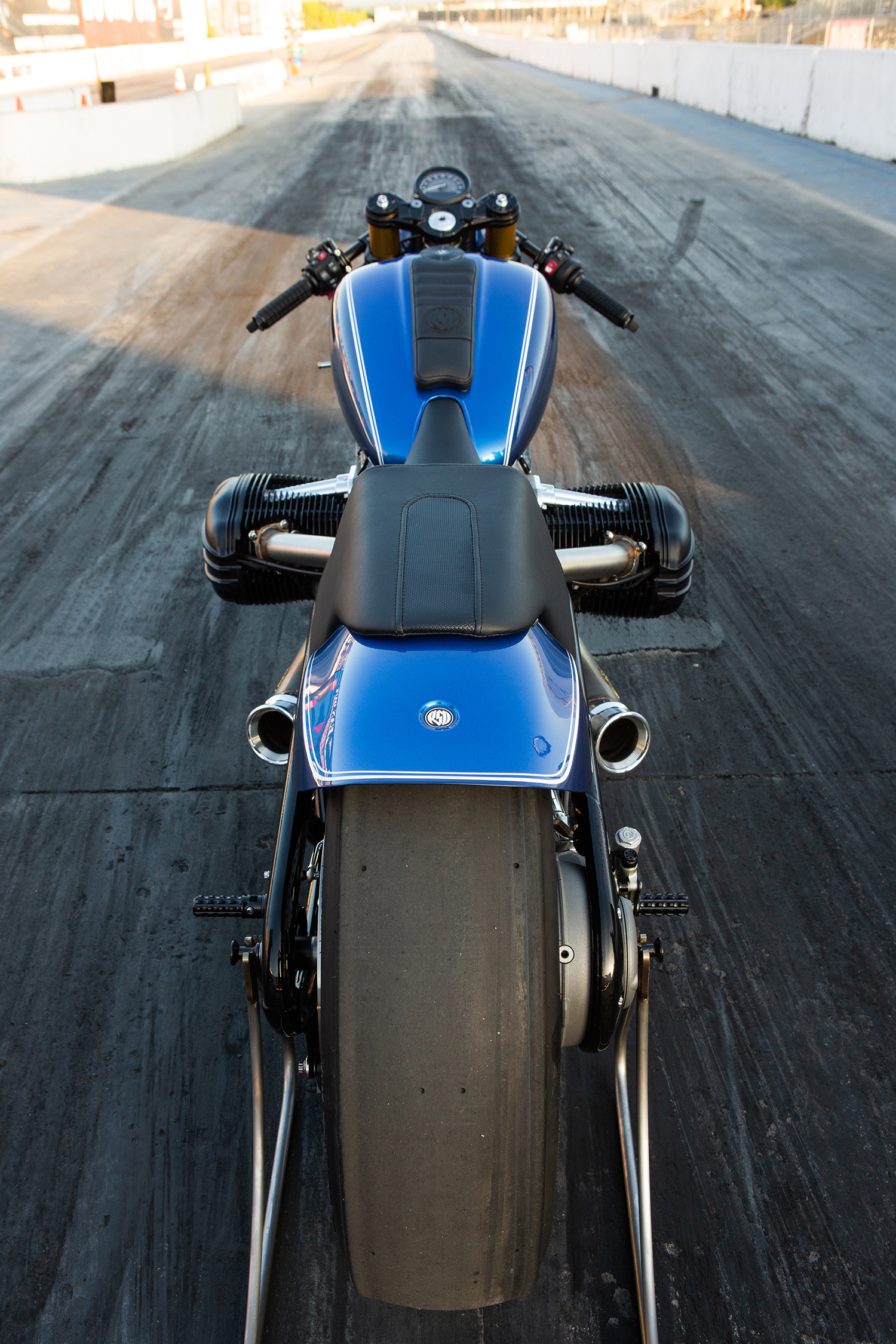 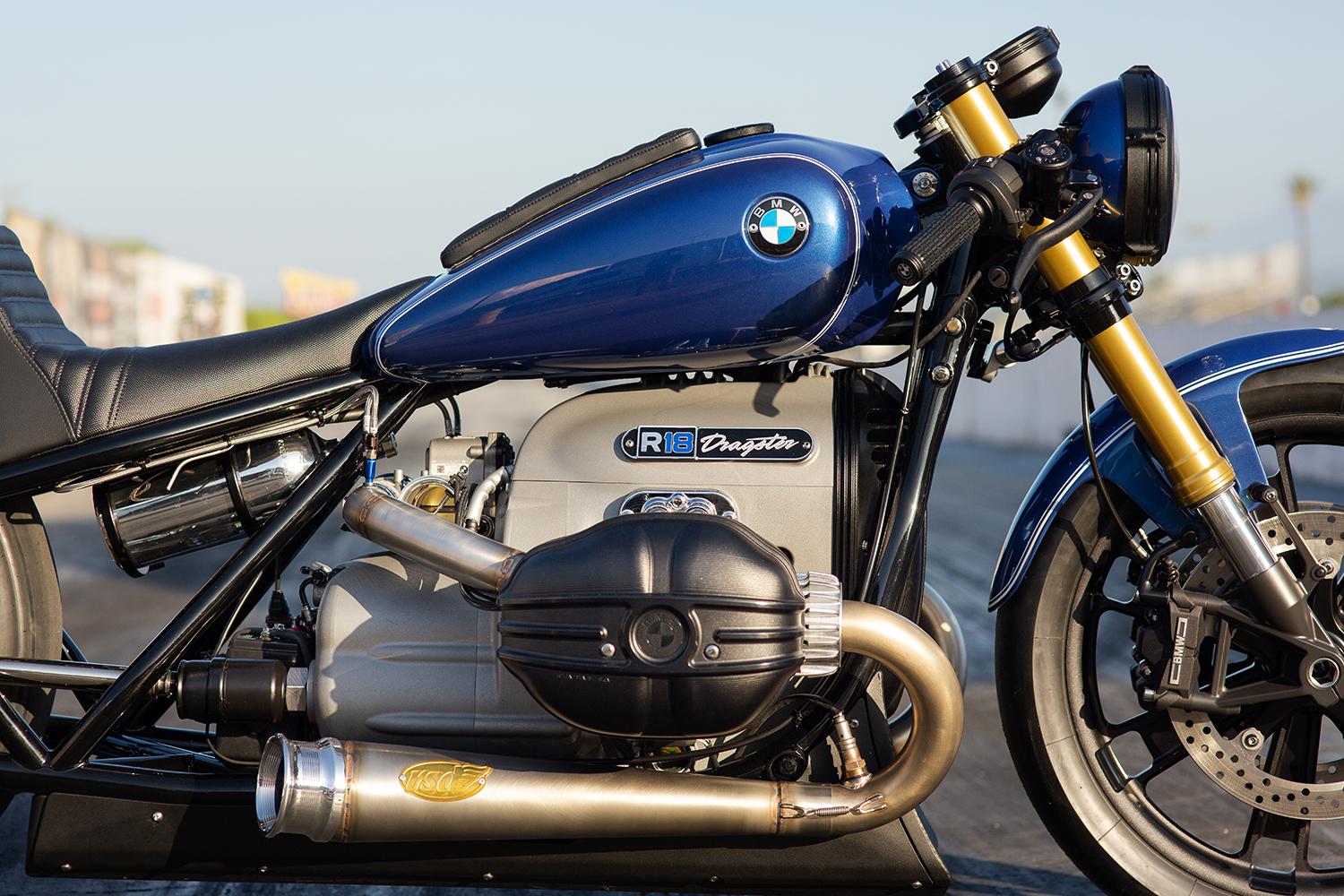 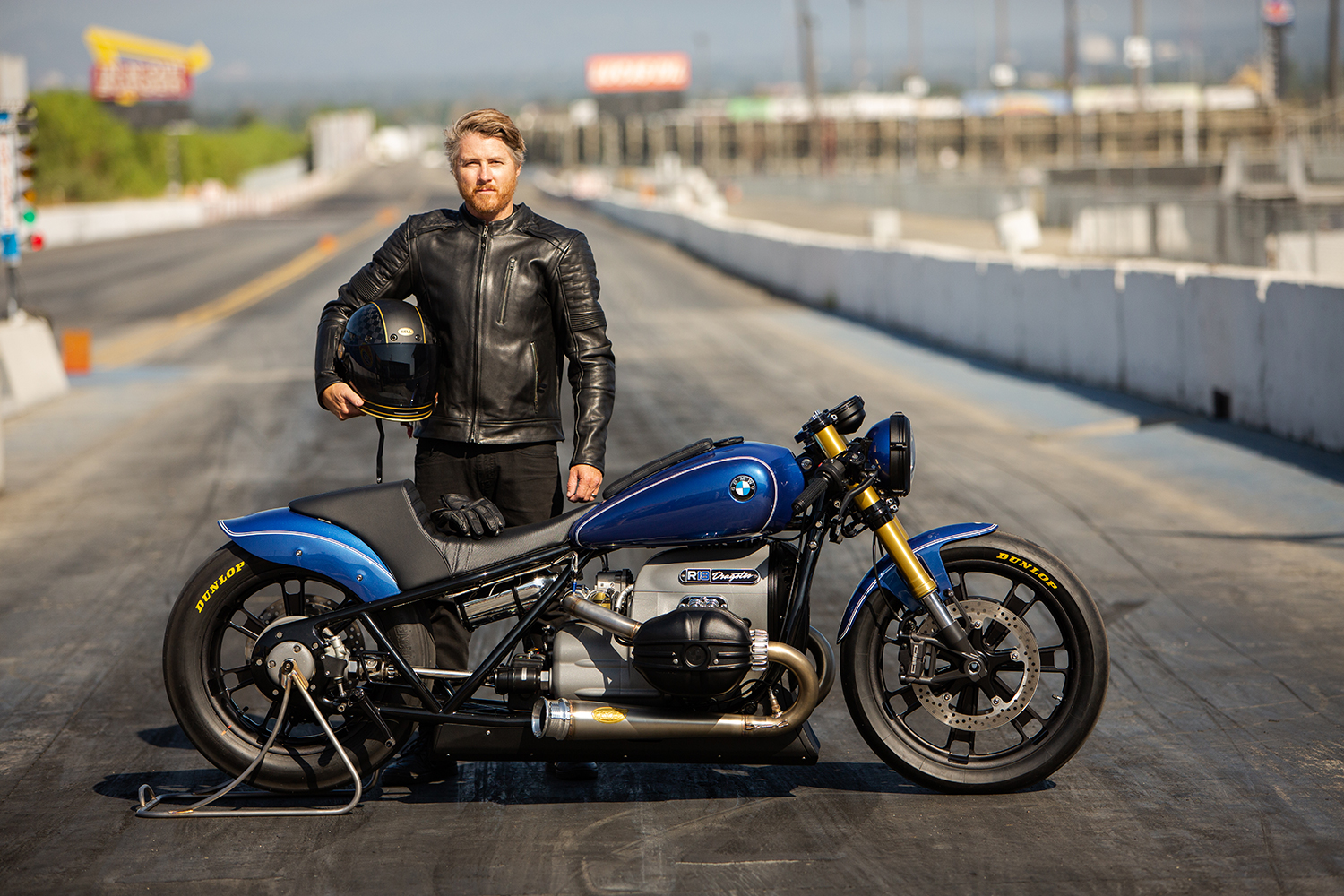