Designed by New York-based architecture and design firm Grzywinski+Pons, Eden Locke is a 72 room hotel with a cafe and bar on the ground floor, located in the Scottish capital of Edinburgh. The project was a complete gut renovation and comprehensive fit out of an existing hybridized structure. Grzywinski+Pons took an 18th Century Georgian mansion and its 20th Century extension down to their respective bones and created the hotel from there. 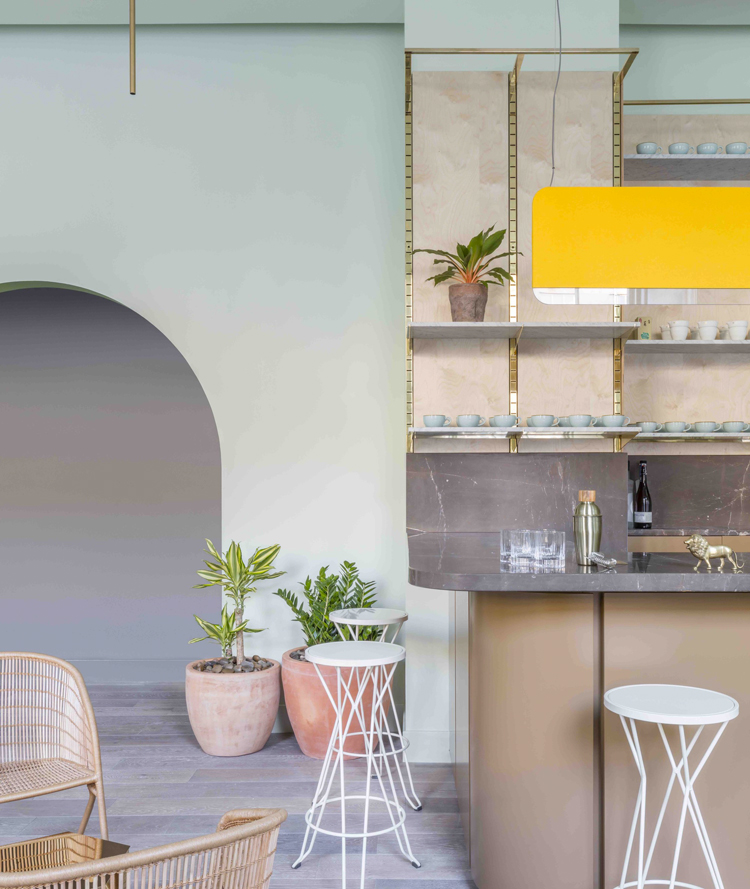 Edinburgh’s New Town (now well over 250 years old and a UNESCO Heritage Site) is a beautiful, if austere, collection of sturdy and uniform ranks of Georgian elevations. Rows of terraces and mansions clad in local grey sandstone were the physical embodiment of the Scottish Reformation.

“Our building is a classic example of the typology, sheathed in Craigsleith Quarry Ashlar and topped in a row of dormers under a slate roof,” explain the architects. “While the Georgians didn’t offer much in the vein of variation or embellishment, the beauty of the light and the proportional balance in their spaces are, to us, second to none.” 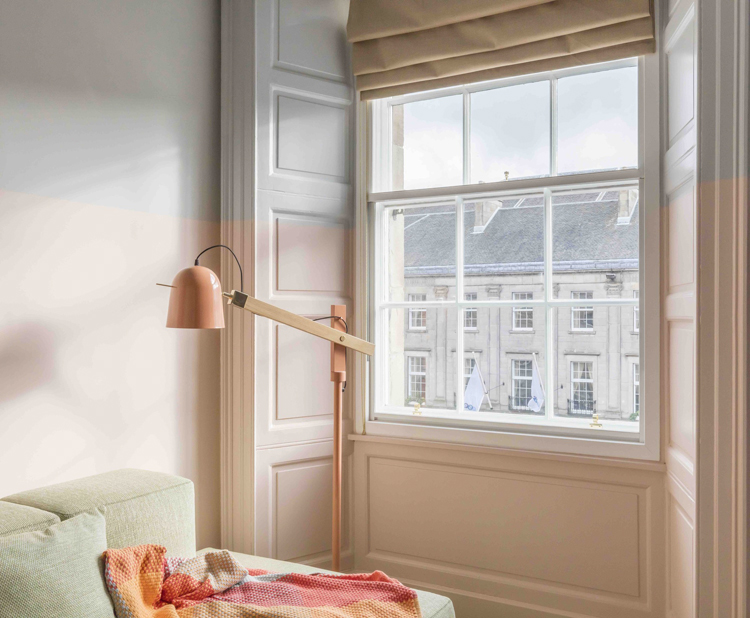 With a dash of reverence the architects sought to embellish the building in their own way, and from the inside out. The design team celebrated the existing heritage details, in particular the fenestration and their surrounds. They amplified the visual warmth of the long Scottish light with an approach that leaned towards the sophisticatedly tropical. Their intention was that the tension between the severe and stony building fabric and the verdant interior would foster measured incongruity where one exalts the other. 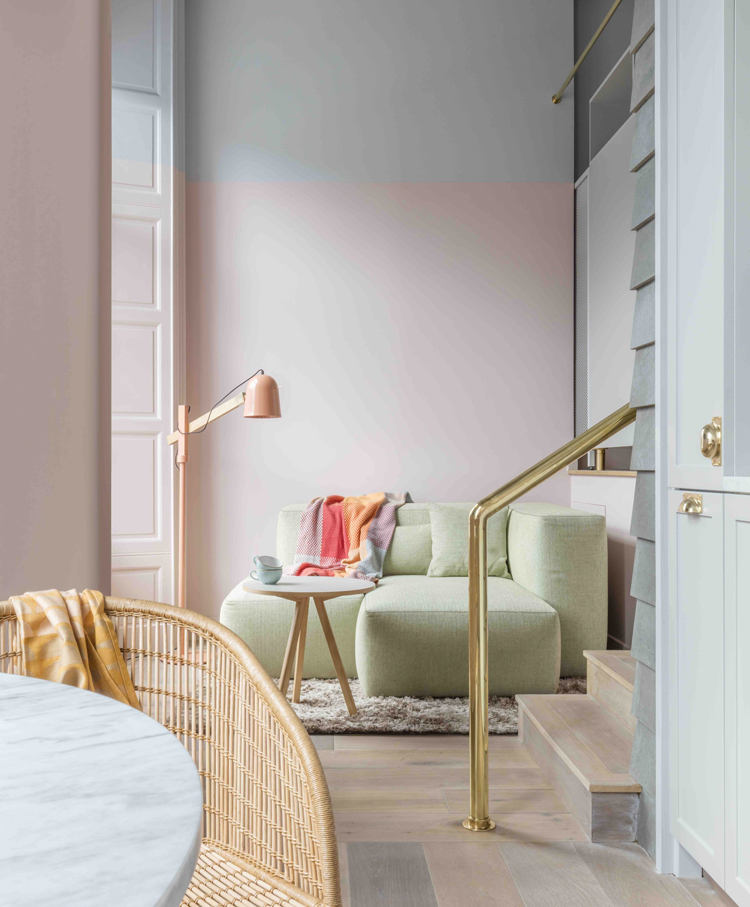 They  also designed much of the furniture and all of the joinery and employed bent wood, cane, wicker and terra cotta in equal measure with brass, stone, cementitious cladding and steel, all of which sits amongst ample vegetation. At the thresholds into the building they paid special attention as to how to architecturally transition between both the spaces and the eras. Glazed fanlights and wrought iron are framed by glass, timber and stone vestibules. Vignettes of the space within are shown to the street and the exterior ashlar and interior elevations form a studied composition on the facade. 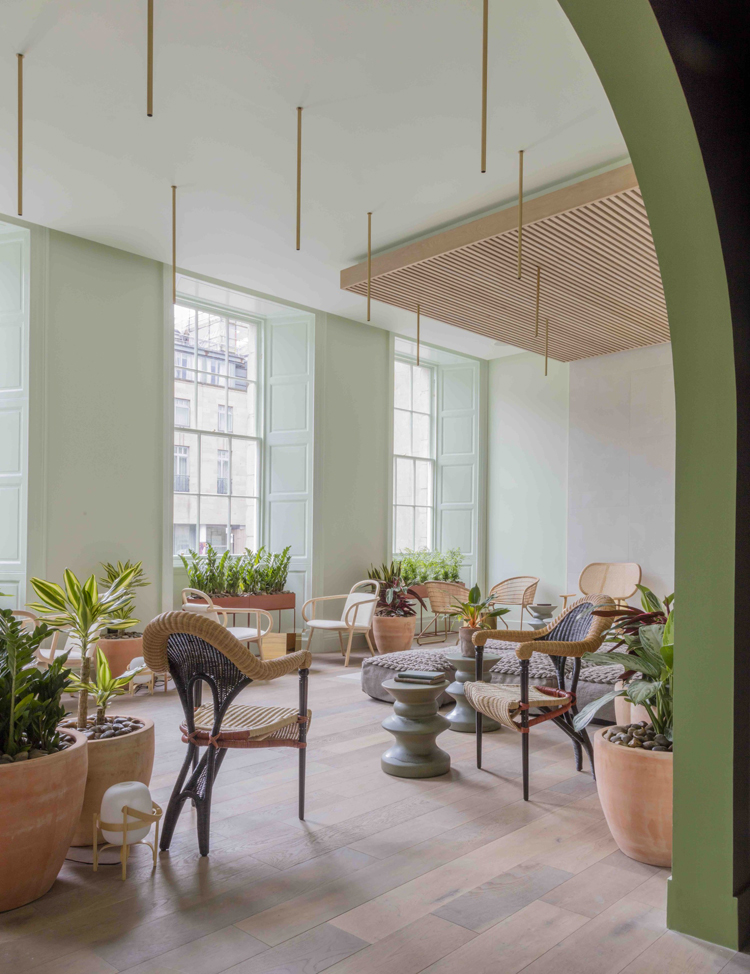 The architects have also manipulated the building sectionally so that rooms spanned both the generous Georgian volume and the tighter spaces of the 20th century addition, yielding some dynamic spaces. They capitalized on the larger period fenestration and lofty ceilings in the public areas of the rooms while beds and circulation sit in the more intimate areas of the hybrid spaces. They created internal stairs that encircle a central bathroom and kitchen core while a bespoke wardrobe doubles as a balustrade within rooms where the height changes. 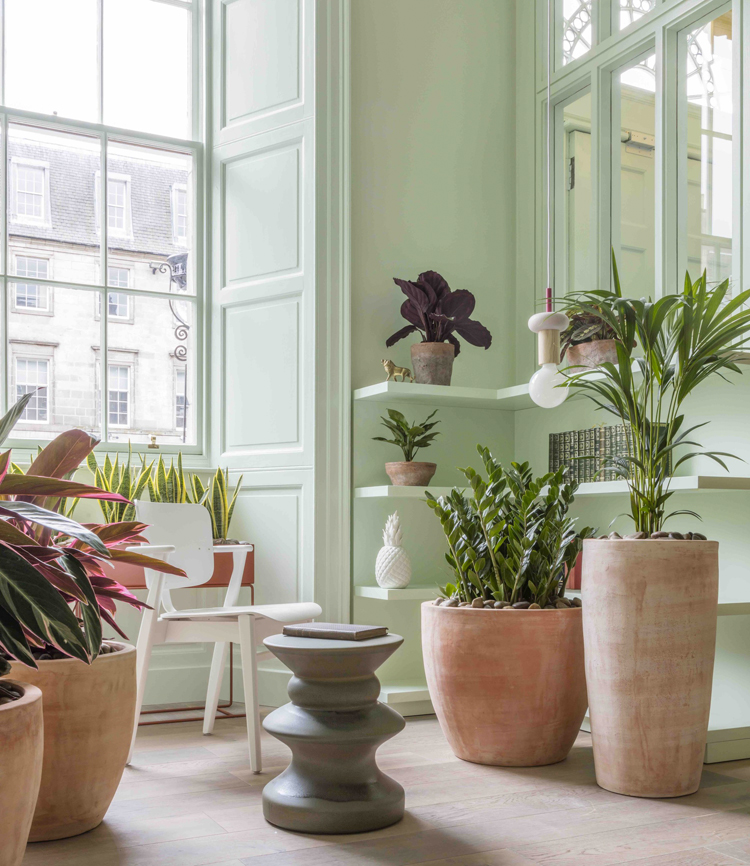 Throughout the building Grzywinski+Pons crafted a palette of warm materials and textures, powdery tones and soft lighting that make the most of the inimitably breathtaking natural light in Scotland.

“While we were deferential to the heritage and beauty of both historic George Street and our building, our intervention has a decidedly bold perspective all its own,” adds Grzywinski+Pons. “We hope it becomes as much of an asset to its environment as that context has been invaluable for us.” 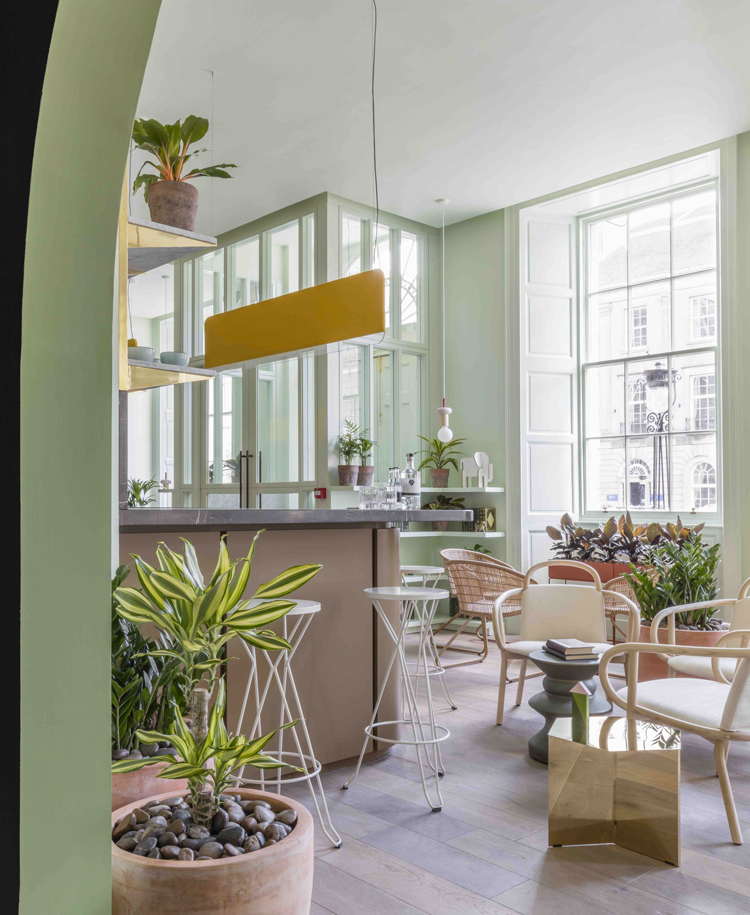 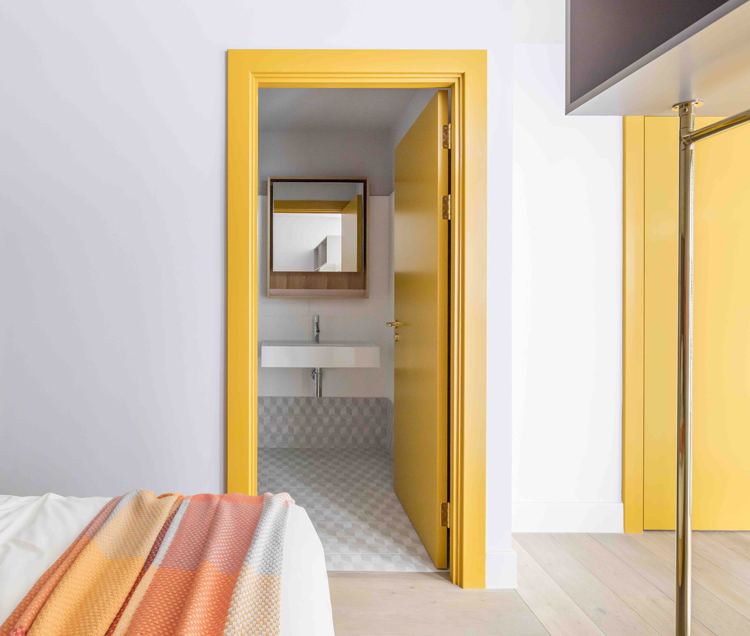 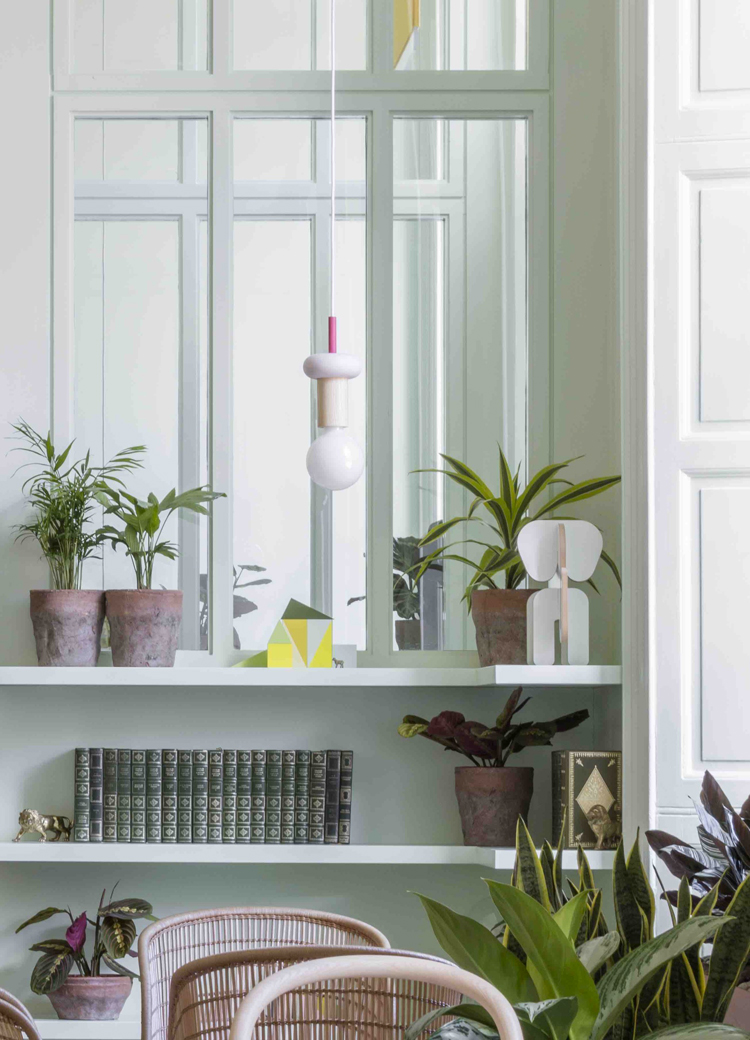 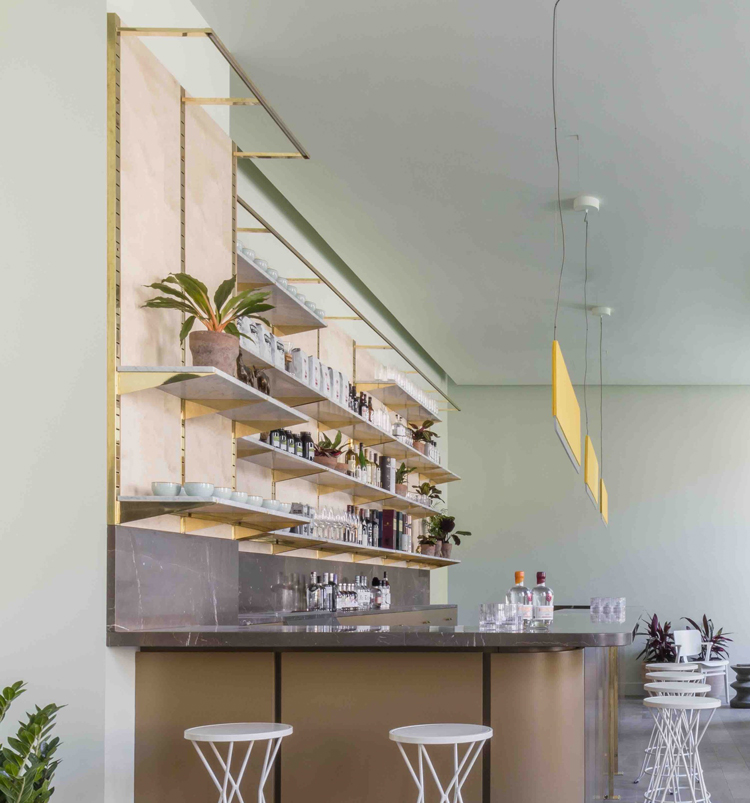 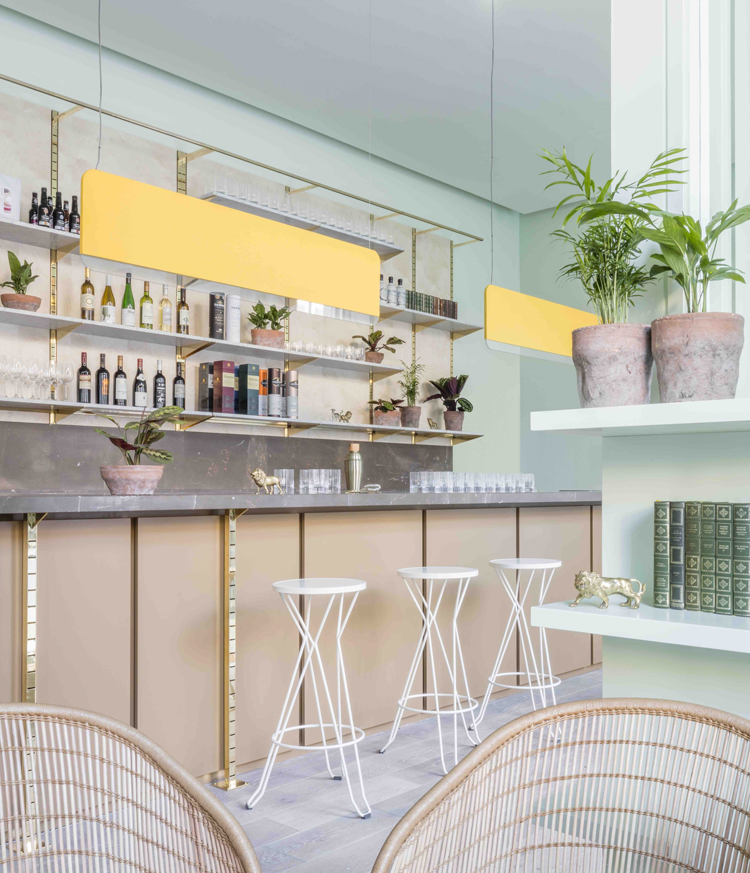 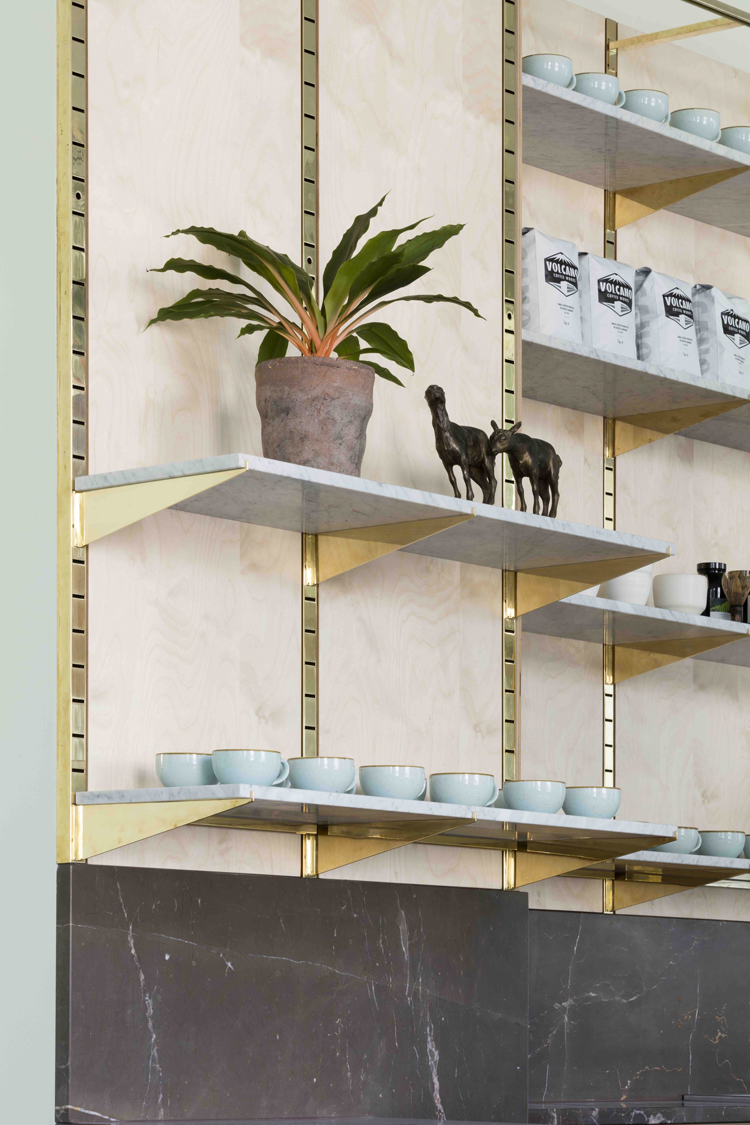 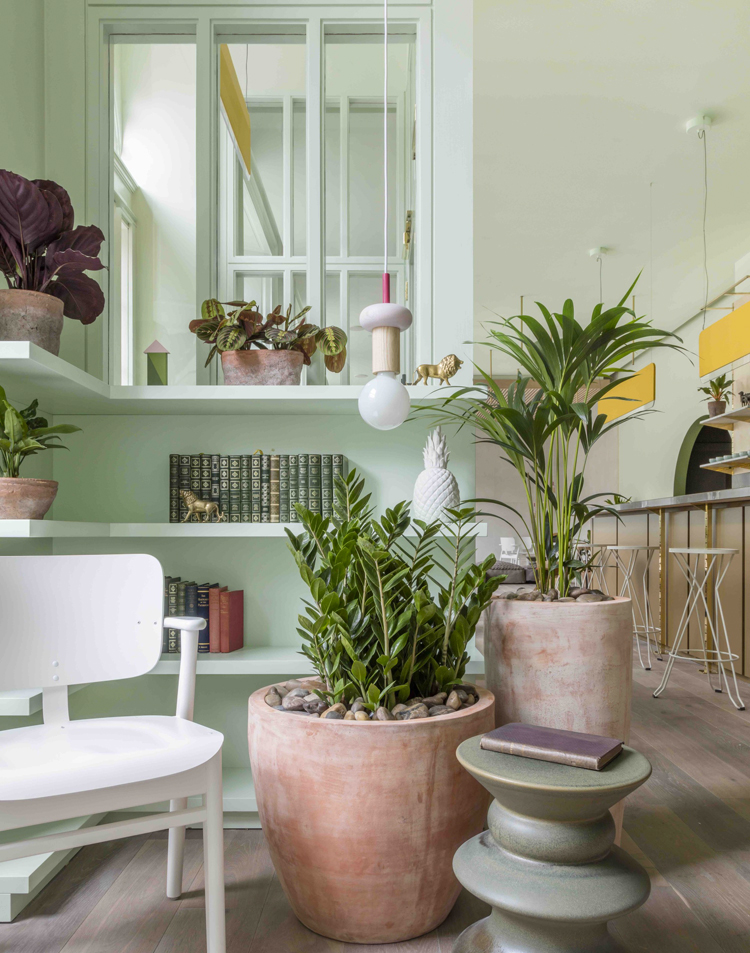 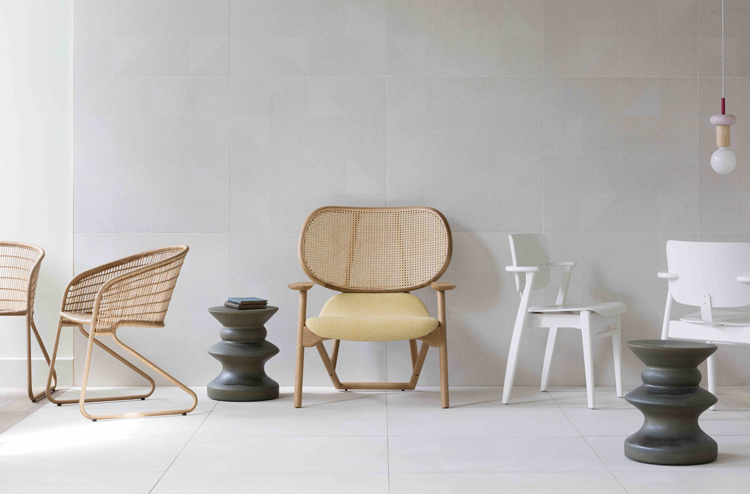 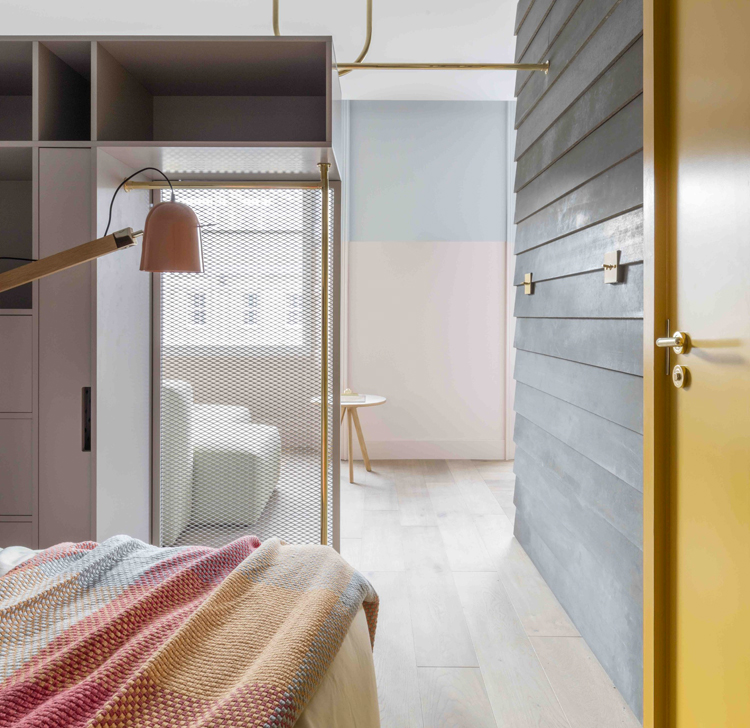 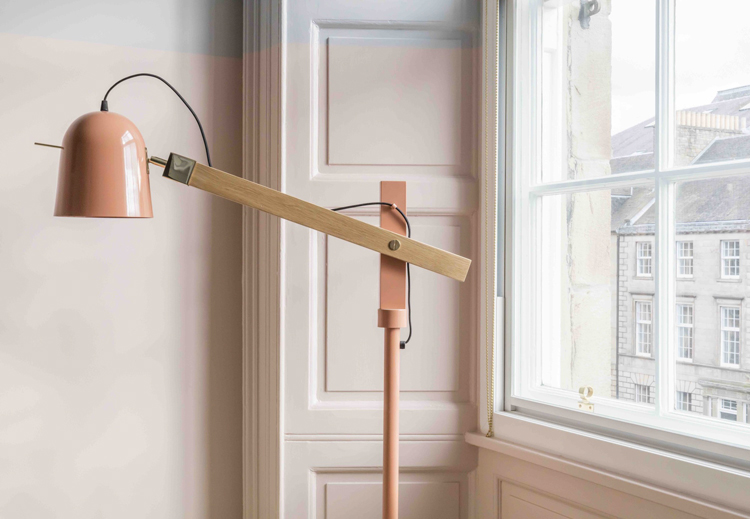 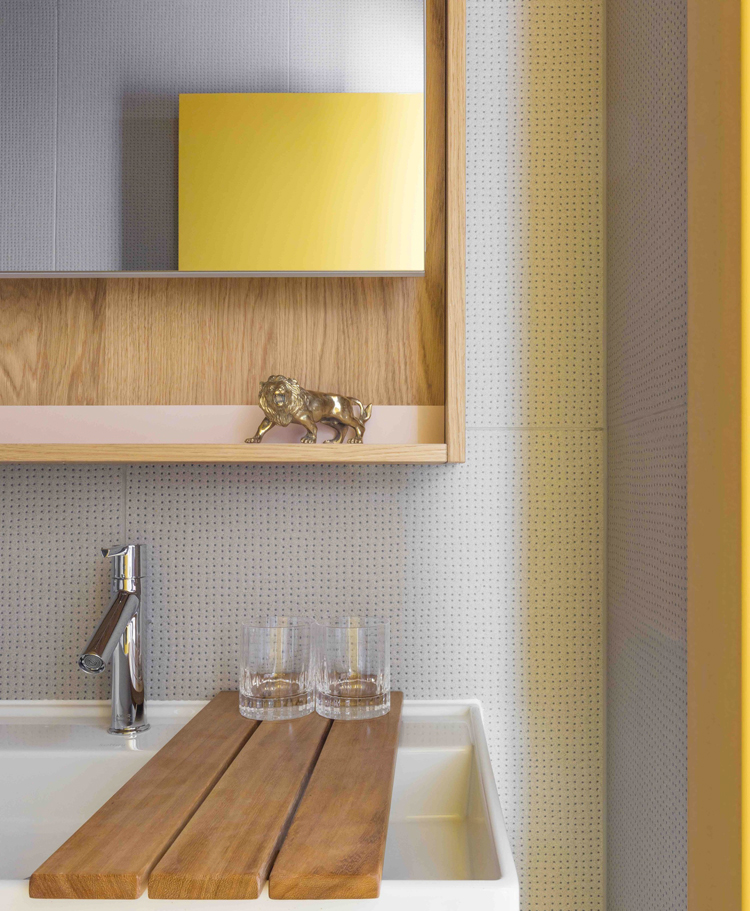 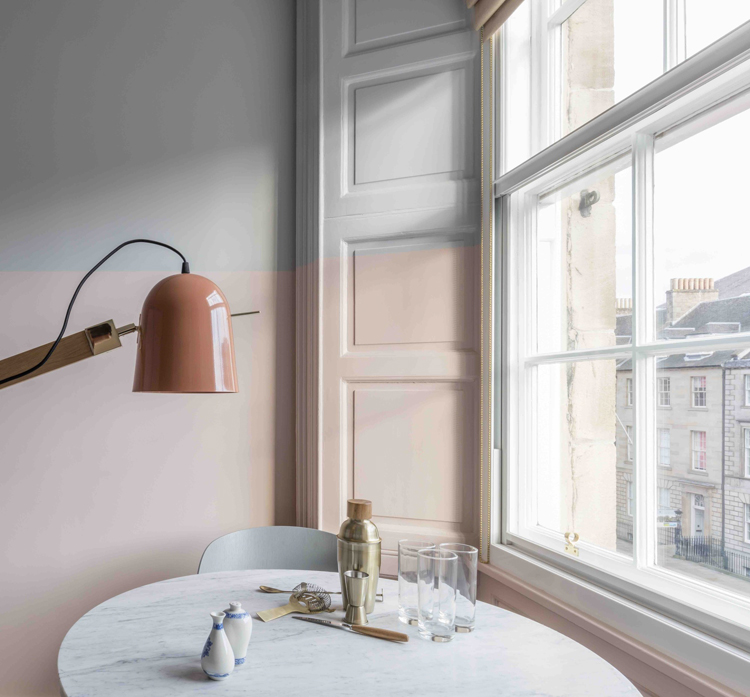 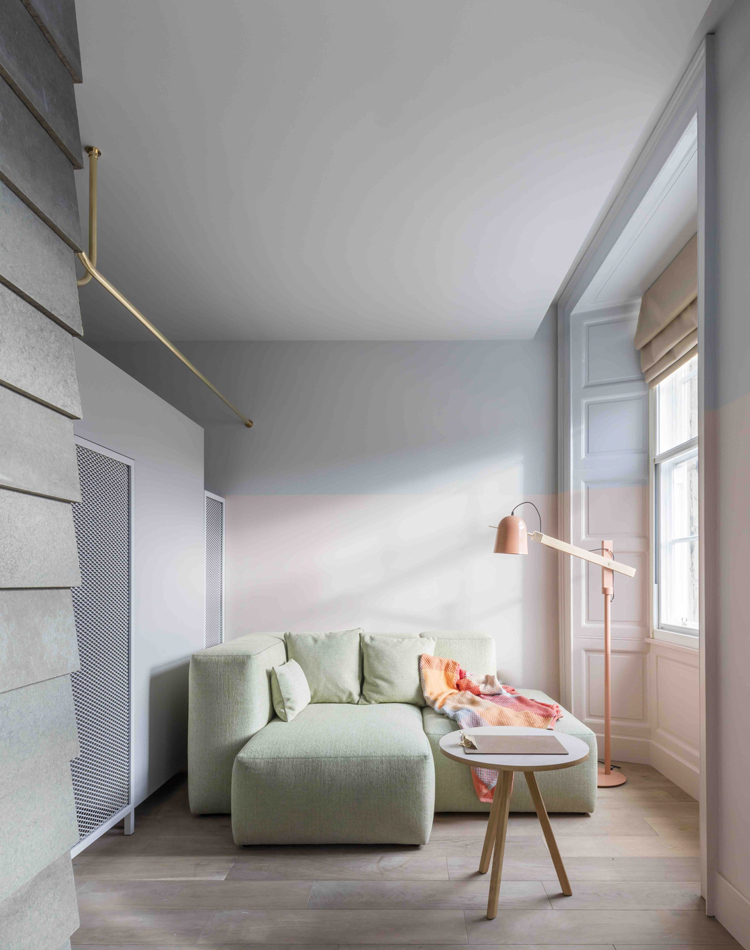 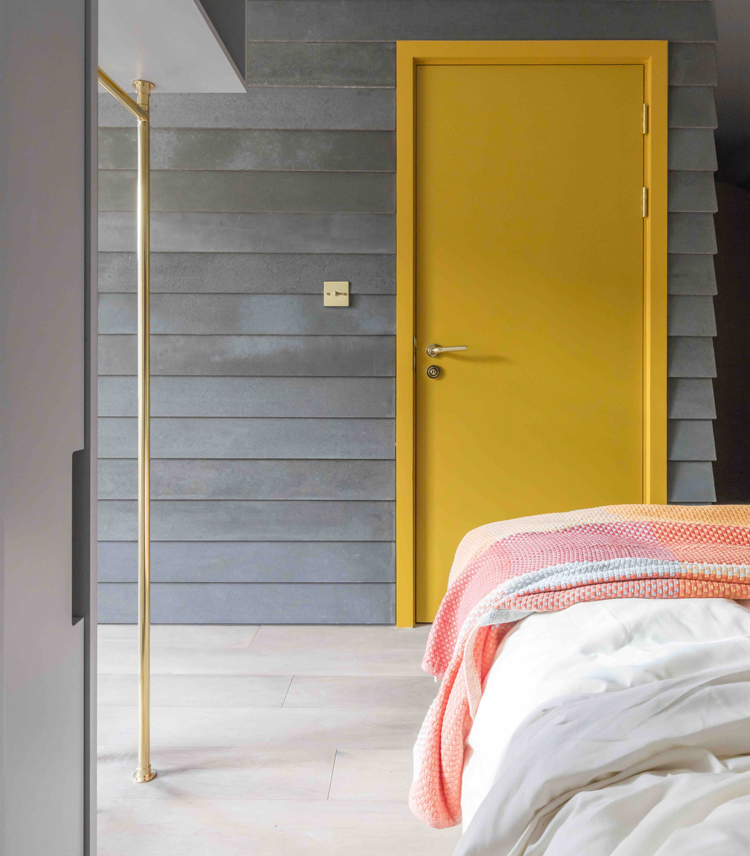 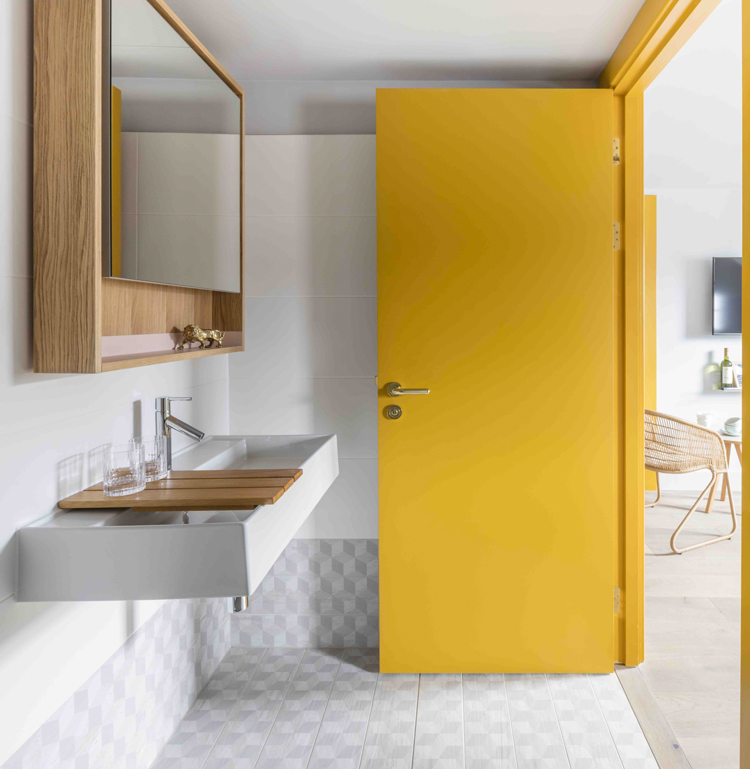 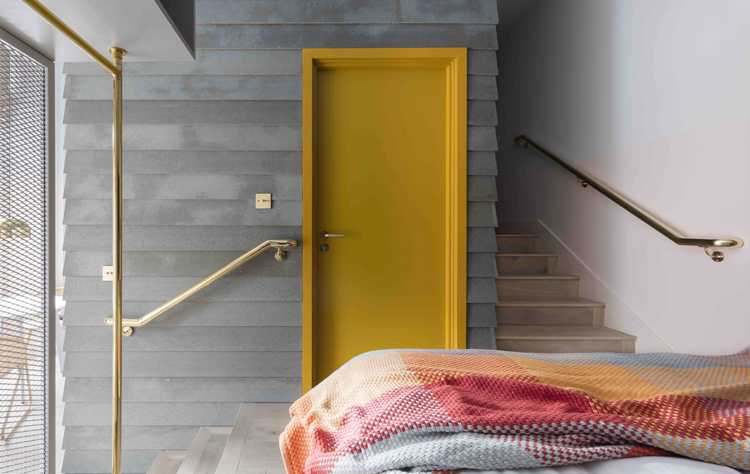 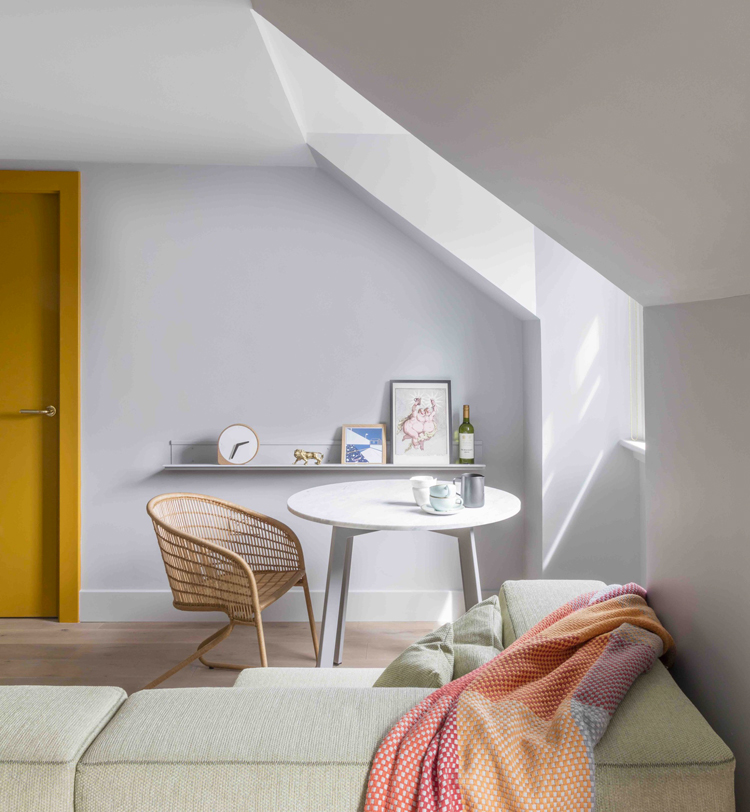 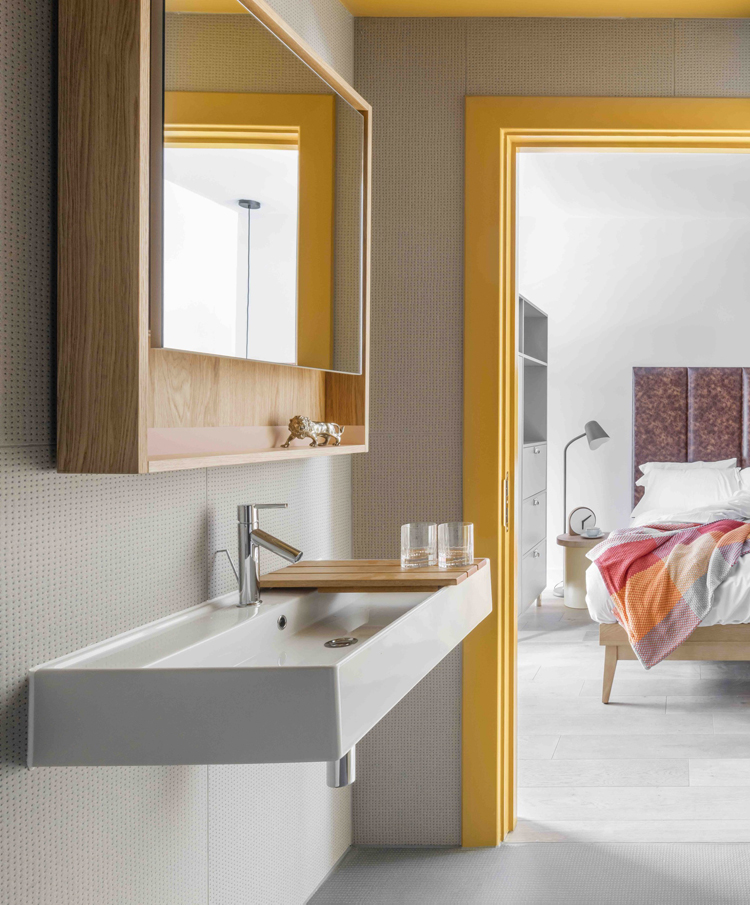 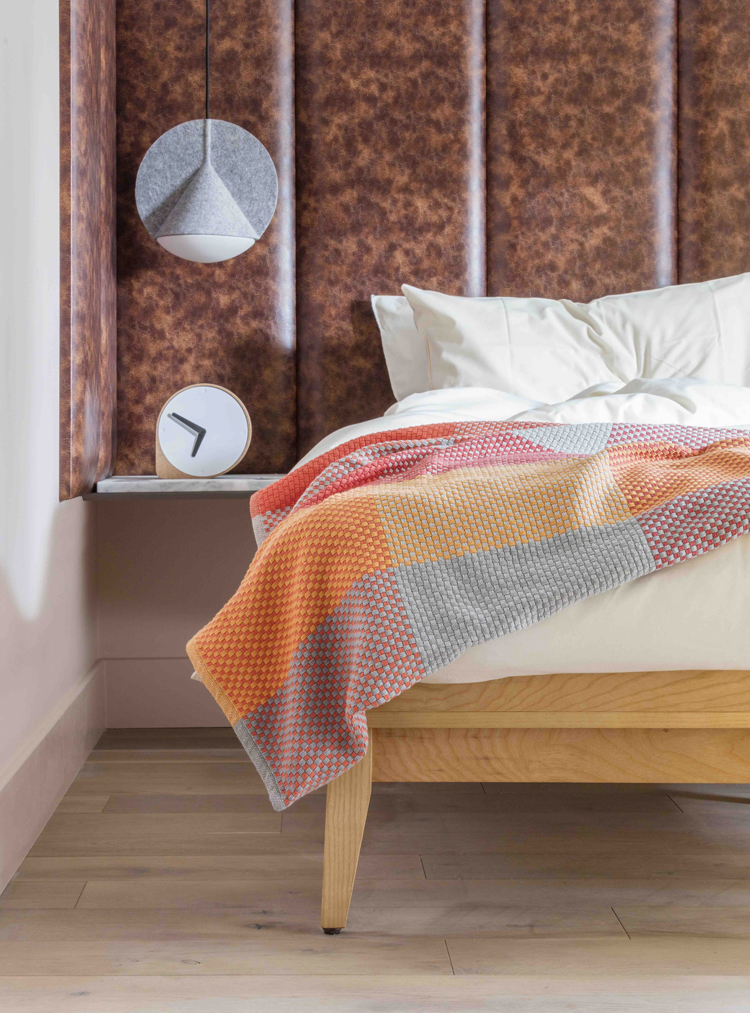 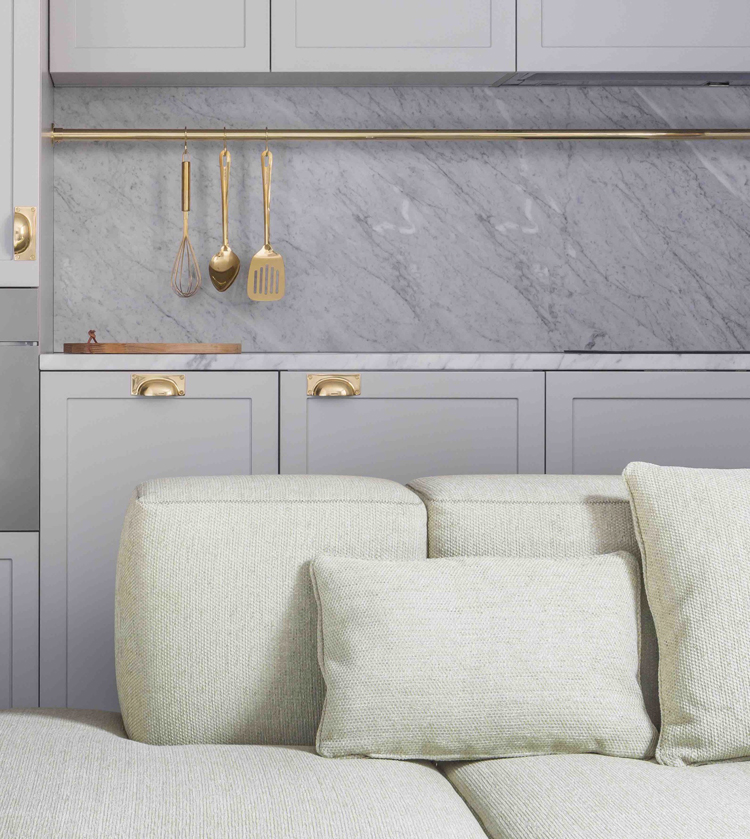 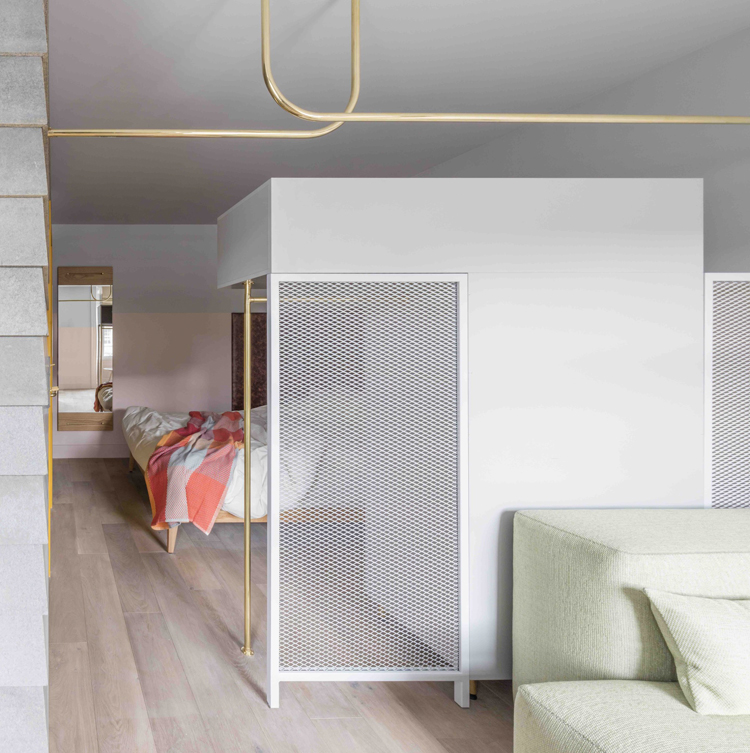 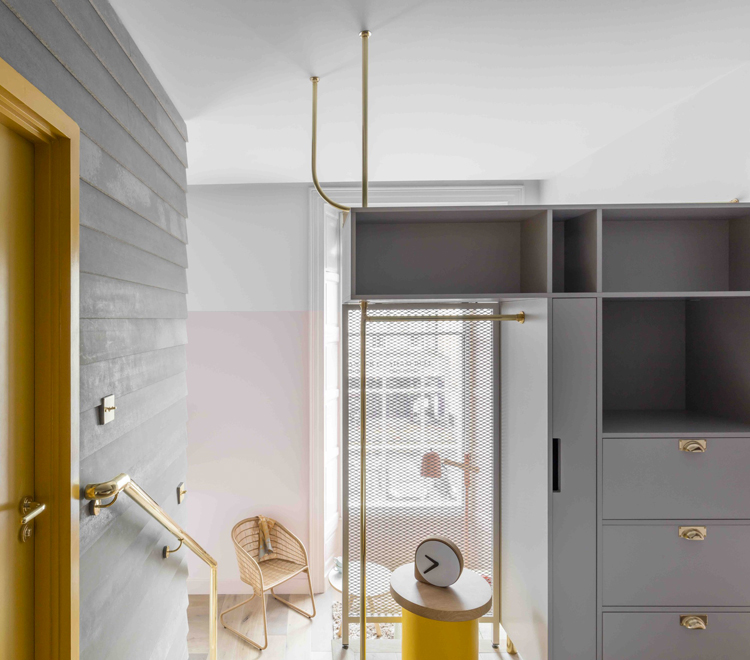 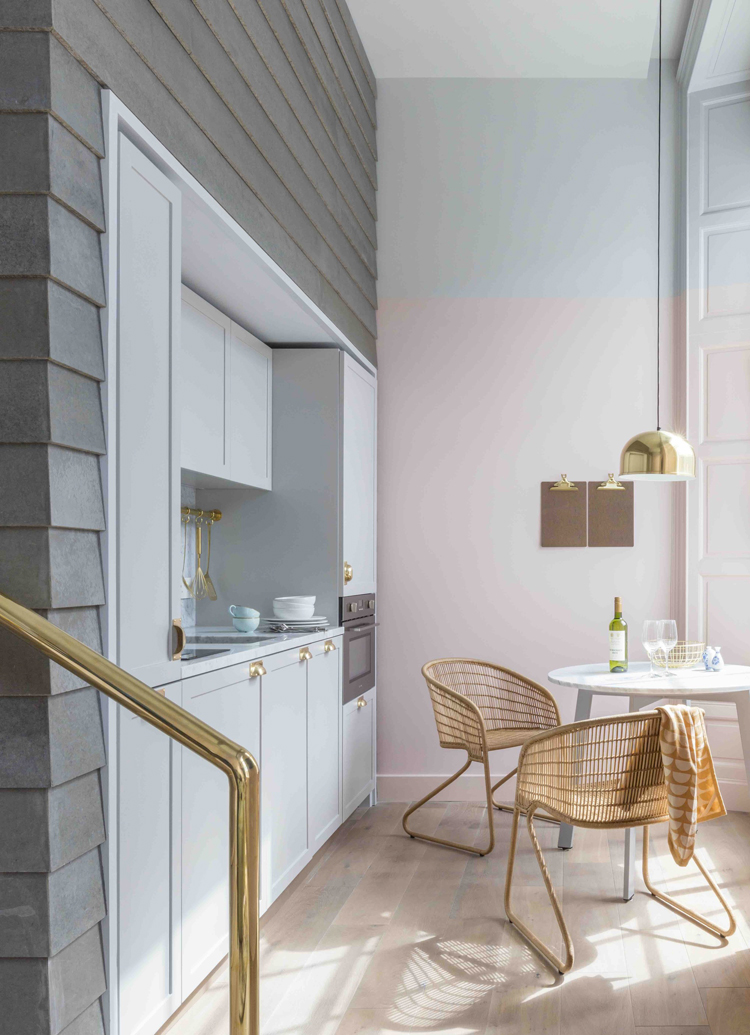