Liz West’s brand new installation An Additive Mix opens this weekend at the National Media Museum, alongside a series of workshops and demonstrations by artists-in-residence, in celebration of the UNESCO International Year of Light.

From 18 July–1 November 2015 the National Media Museum presents Light Fantastic: Adventures in the Science of Light, which includes a publicly viewable dark room, interactive light experiments and exhibits from the Museum’s National Collections of Photography, Cinematography and Television. In addition, regular free family activities and events take an illuminating hands-on approach to the science of light. 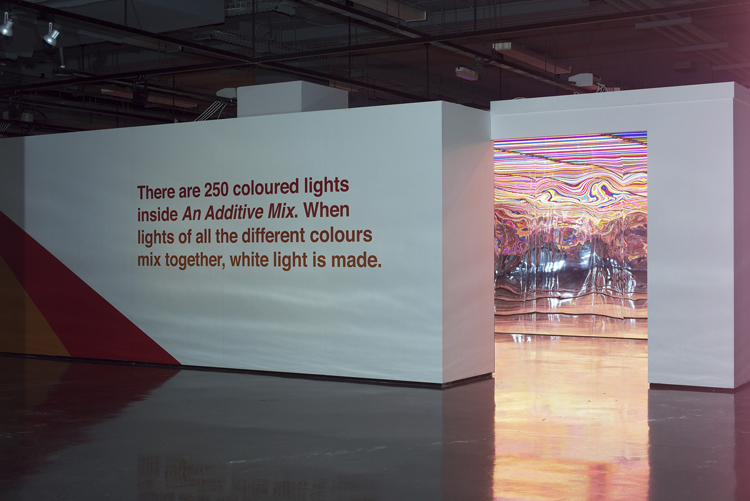 As part of Light Fantastic, Manchester-based artist Liz West was commissioned by the Museum to create a brand new installation inspired by the theme. Liz created a 10m x 5m room containing 250 no. 6ft fluorescent tubes with filters in 191 individual colours, and combined the intense vibrant light with ‘infinity’ mirrors. 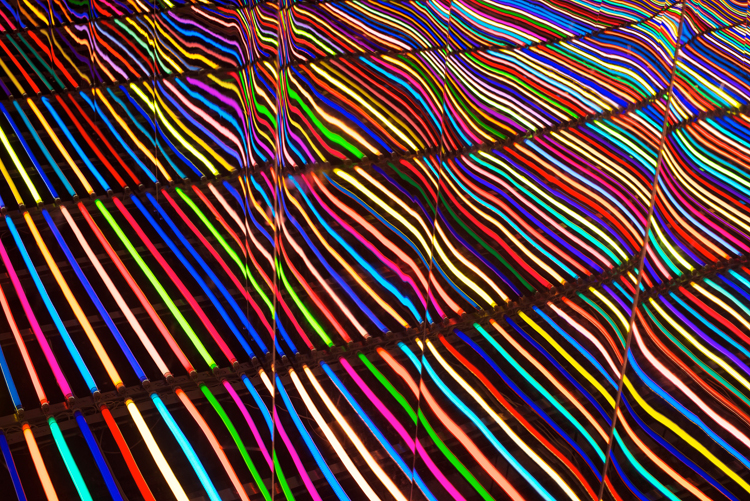 Titled ‘An Additive Mix’, it takes the principle that white light is composed of different colours of the spectrum (additive colours) and places people in the centre of the phenomenon;saturating them in individual hues that collectively create white light in a seemingly endless space. 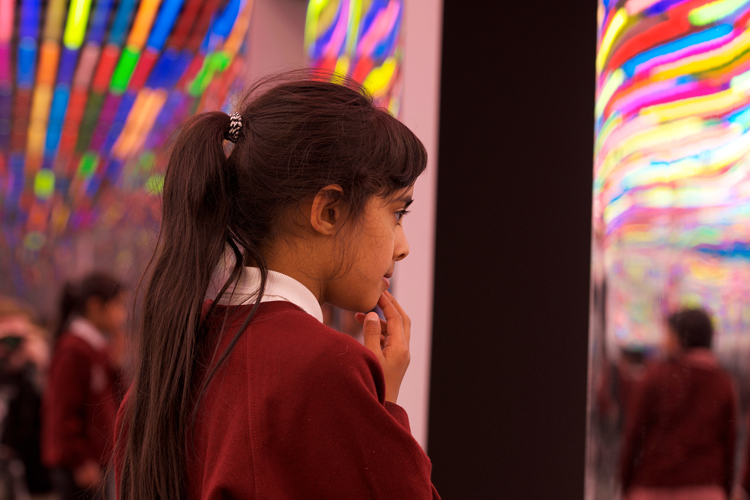 An Additive Mix is free to enter and designed to be enjoyed by all ages. It builds on themes developed in West’s previous works – including the acclaimed Your Colour Perception, which was described as ‘walking through a rainbow’. The new work, West’s largest commission to date, turns this occurrence in natural science on its head; reassembling the diffracted colours of the rainbow and projecting them to ‘infinity’ as visitors explore. 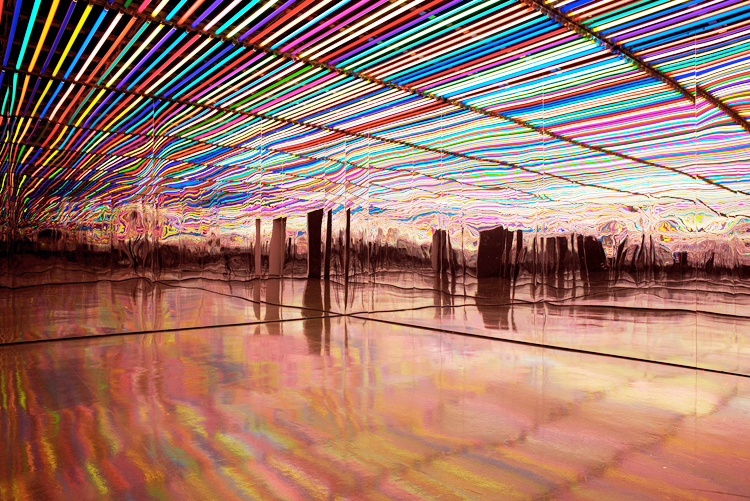 “This is a body of work that I have dreamed of being able to make for a number of years. To be given the opportunity as part of the Museum’s celebration of light is thrilling and very fitting” said Liz. “Artworks I remember seeing as a child are the ones in which I was completely immersed, and that’s what I hope An Additive Mix will achieve: taking people out of the ordinary into the extraordinary, and staying in their memories for a long time”.

For further information about Light Fantastic: Adventures in the Science of Light and the others projects exhibited alongside Liz West’s installation visit National Media Museum‘s official website. 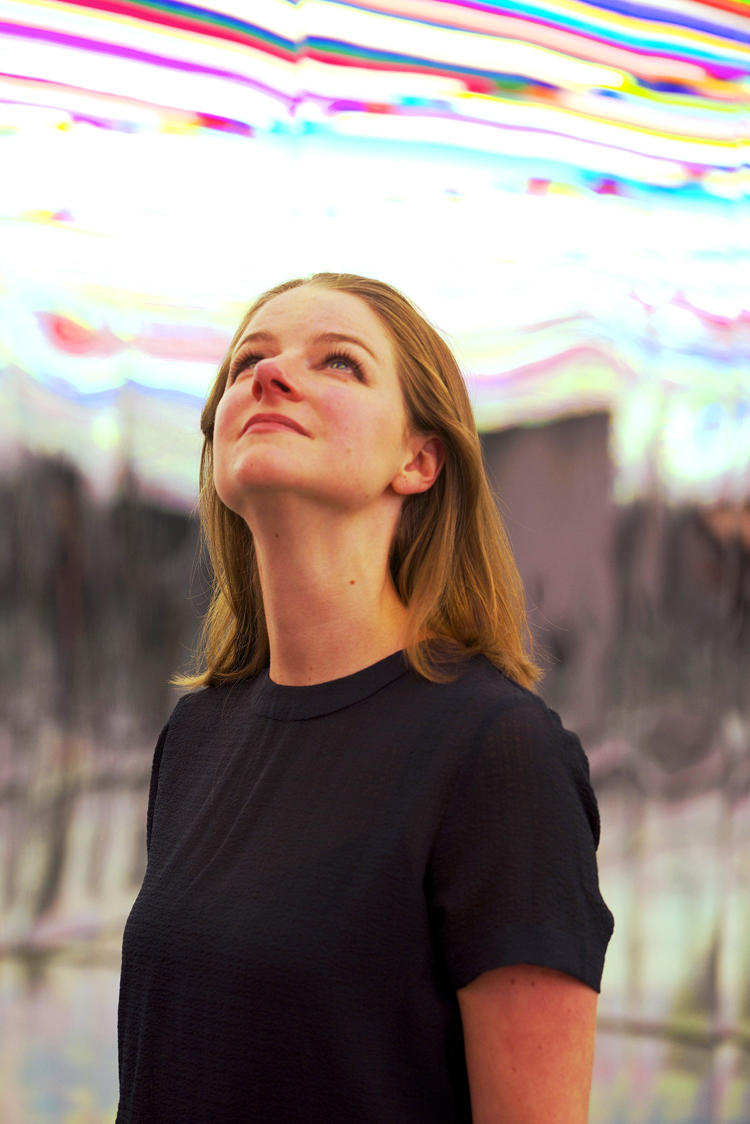