Artist Olafur Eliasson and geologist Minik Rosing have installed Ice Watch, a group of twenty-four blocks of ice, in front of Tate Modern in London. The ice-blocks were fished out of the Nuup Kangerlua fjord in Greenland after becoming detached from the ice sheet. As a result of global warming, more icebergs are being produced. This is contributing to rising sea levels. 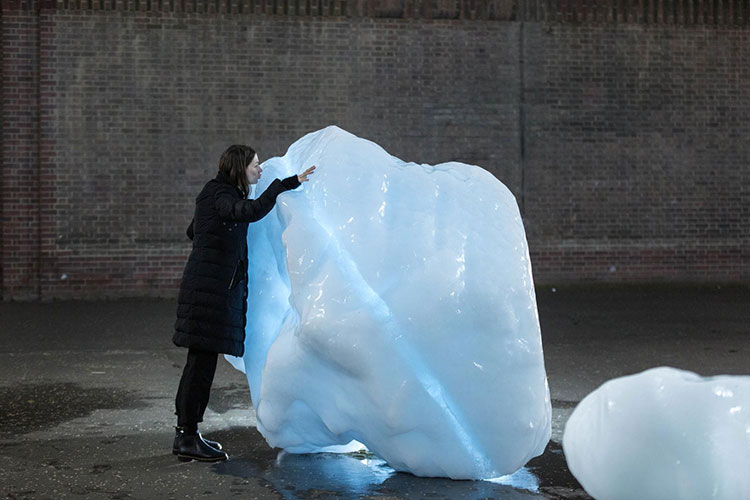 When they were installed, each ice block weighed between 1.5 and 5 tonnes. The estimated energy cost for bringing one of these blocks to London is equal to one person flying from London to the Arctic and back to witness the ice melting.

Olafur Eliasson and Minik Rosing hope many more people will understand the reality of climate change by experiencing Ice Watch. Although we may have seen photographs of the melting ice caps, we rarely have a physical experience of these conditions. Warmer climates have caused the Greenland ice sheet to lose around 200–300 billion tonnes each year, a rate that is expected to increase dramatically. By bringing the ice to London, and creating a temporary sculpture similar to the form of an ancient stone circle, Eliasson and Rosing enable us to engage with the ice directly. We can look at it, move around it and touch it. 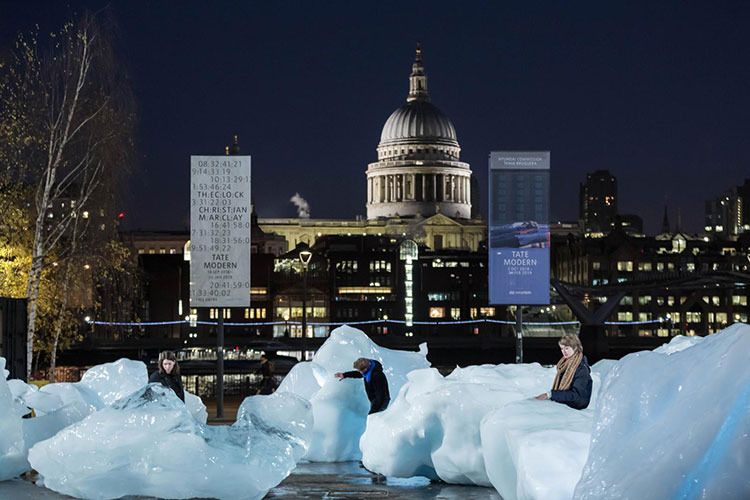 The 24 blocks are arranged in a circular grove on bankside outside Tate Modern, where a major exhibition of Olafur Eliasson’s work will open in July 2019. Six additional blocks will be on display outside the European headquarters of Bloomberg. The installation will be on show from 11 December until the ice melts, which will depend on weather conditions. Members of the public can interact with the blocks and watch as the ice thaws in front of them. The exhibit coincides with the meeting of world leaders at the COP24 climate change conference in Katowice, Poland. It aims to inspire “really urgent” public action against climate change. 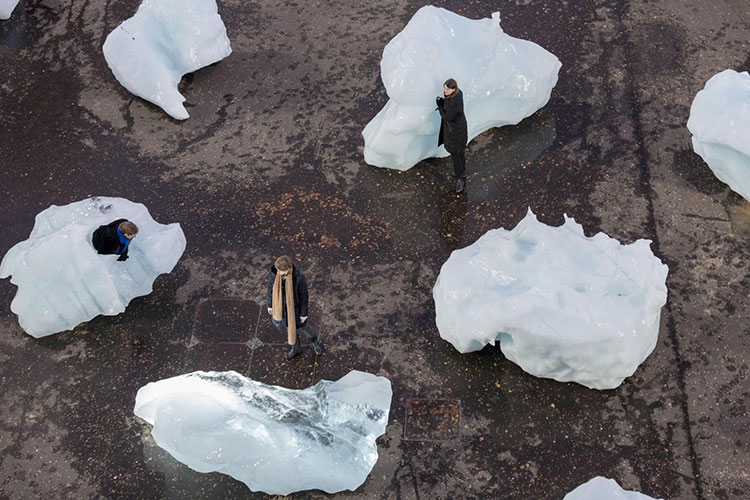 “It is clear that we have only a short period of time to limit the extreme effects of climate change,” says Olafur Eliasson. “By enabling people to experience and actually touch the blocks of ice in this project, I hope we will connect people to their surroundings in a deeper way and inspire radical change. We must recognize that together we have the power to take individual actions and to push for systemic change. let’s transform climate knowledge into climate action.”

“Since 2015, the melting of ice in Greenland has raised global sea level by 2.5 mm. Since the discovery of the greenhouse effect in 1896, global temperatures have increased more than one degree celsius. Earth is changing at an ever-increasing speed,” adds Minik Eosing. “The foundation of human civilization withers away while greenland melts. everyone can observe it, most can understand it, and nobody can avoid it. science and technology have made it possible for us to destabilize the Earth’s climate, but now that we understand the mechanisms behind these changes, we have the power to prevent them from growing.” 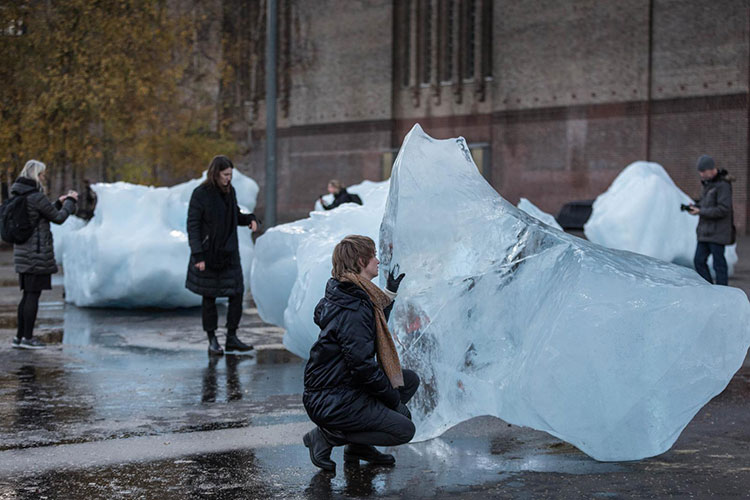 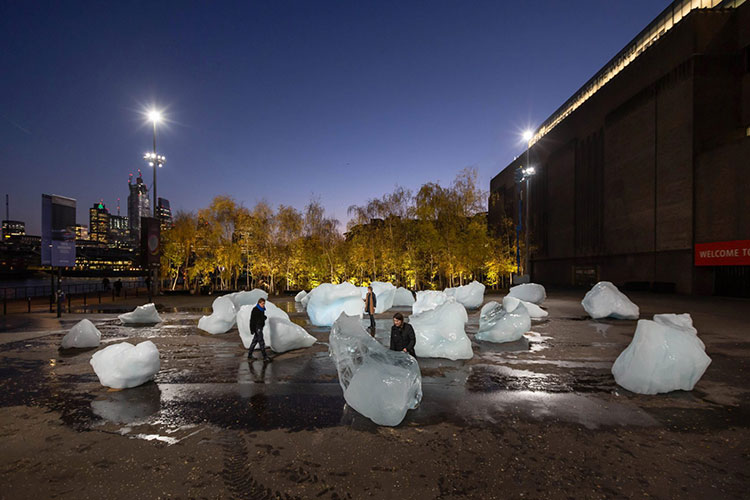 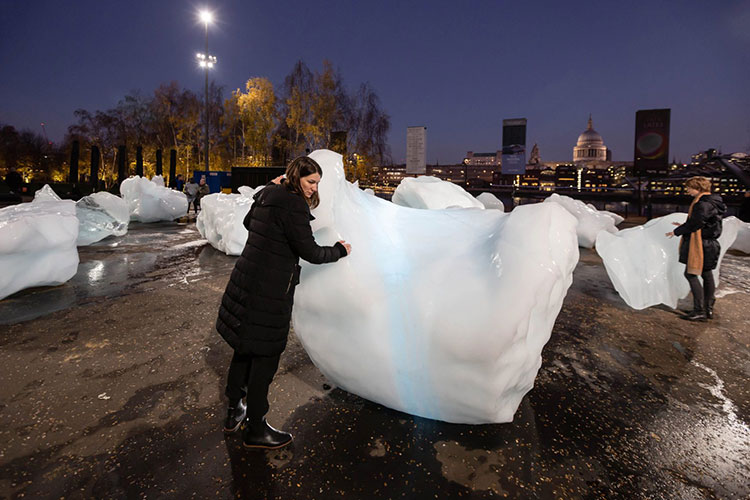 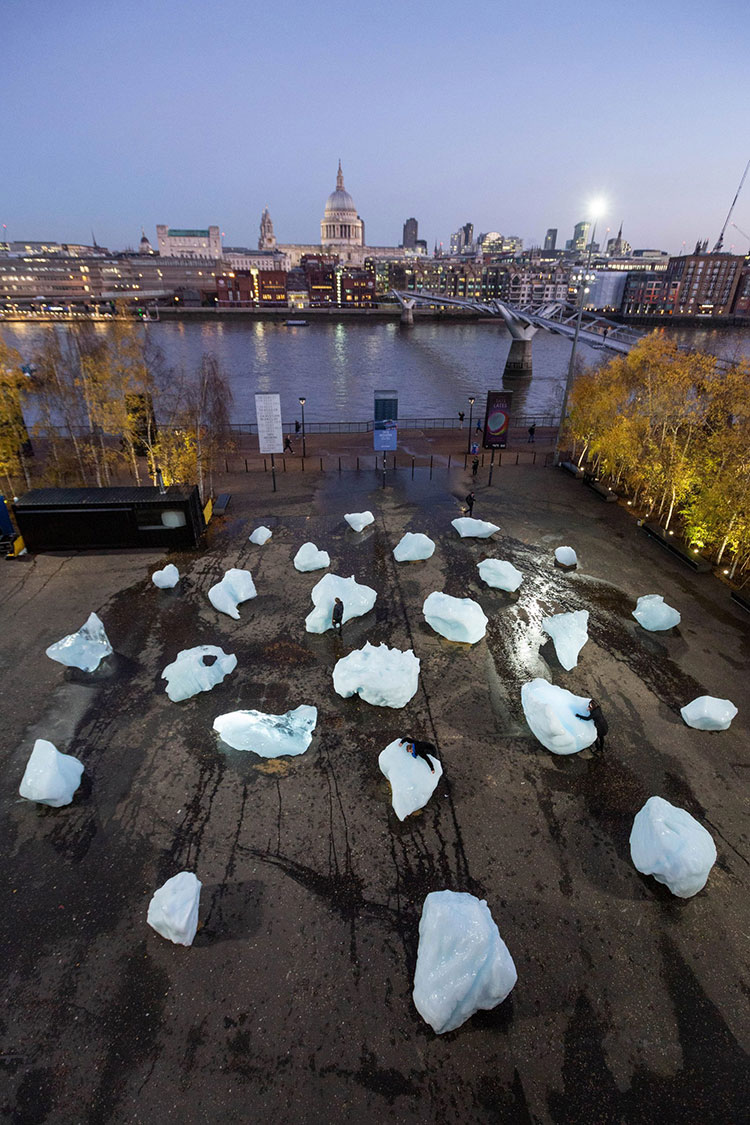