New York City-based architecture and design office Hou de Sosa has created Prismatic, a kaleidoscopic experience of light, color, and space that frames a myriad of perspectives. The piece is unique on all sides, encouraging the public to explore the exterior, as well as meander through its translucent “streets”. Iridescent cords weave between a light-weight steel lattice. Gaps between the cords provide transparency, while also producing a dynamic visual effect known as a moiré. 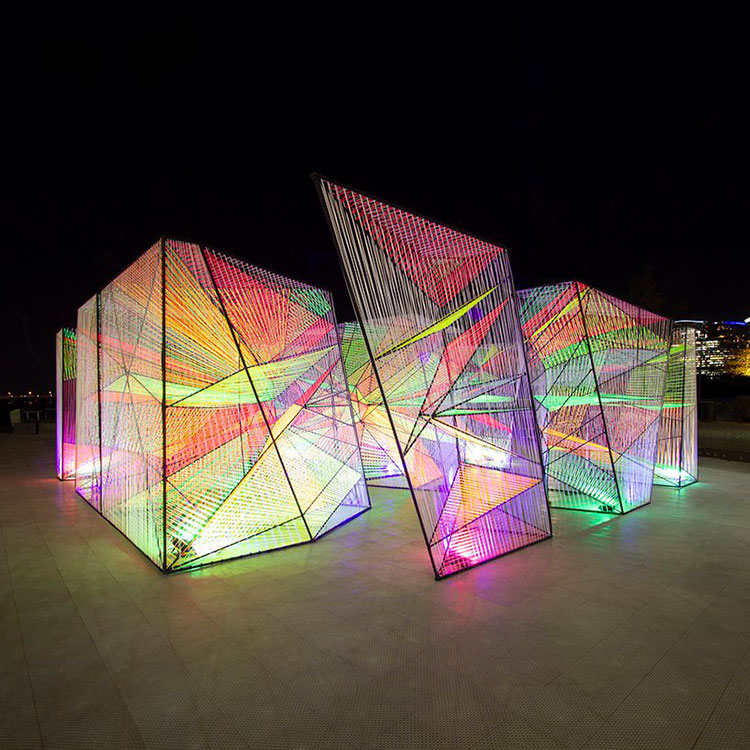 As visitors turn their gaze or walk about the space, patterns in the background and foreground continuously converge and de-laminate, resulting in the perception that static surfaces are somehow in motion.  The project has been designed specifically for Georgetown Waterfront Park. The form and space of the sculpture are sub-divided by a juxtaposition of geometric and contextual factors.

This design process occurs in three phases. First, a box is cellulated by prisms radiating from a central point, followed by the echoing of contextual features, such as the outline of the water fountain and existing pathways, as well as the Potomac River, which then split and spread the box apart. The result is a diverse array of apertures and perspectives, collectively focused on a central core, but shaped by one’s vantage point and relative position from within or outside the sculpture. 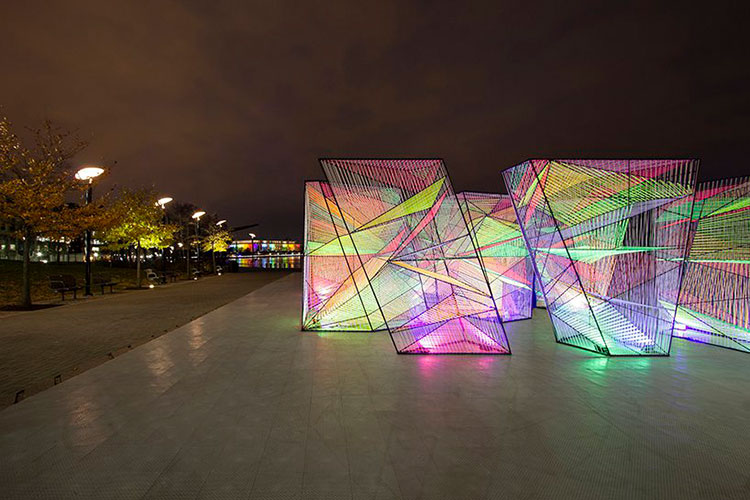 The project was assembled in Brooklyn and designed to fit onto a single 46ft flatbed truck. The rebar lattices were welded together, painted, and then interwoven with iridescent cord. The result is a sturdy structure with an appealingly low ratio of weight to volume. 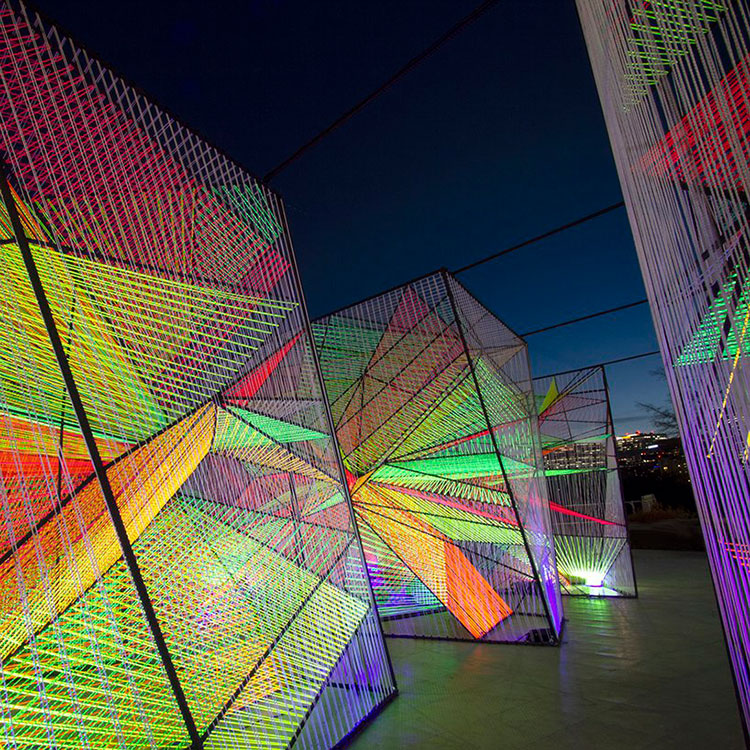 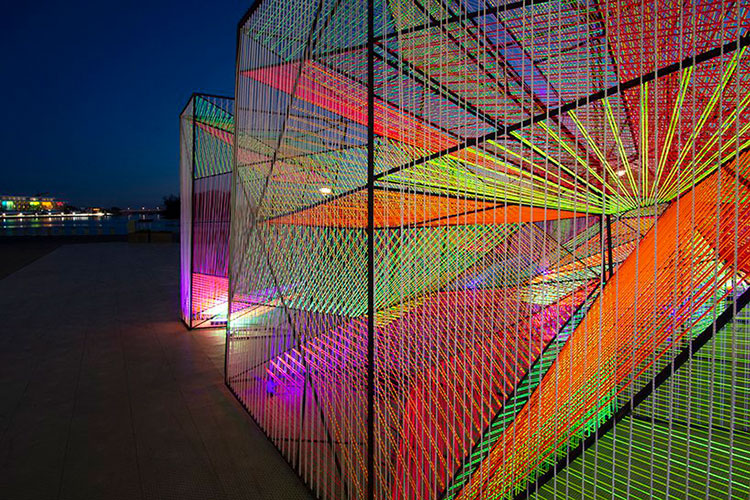 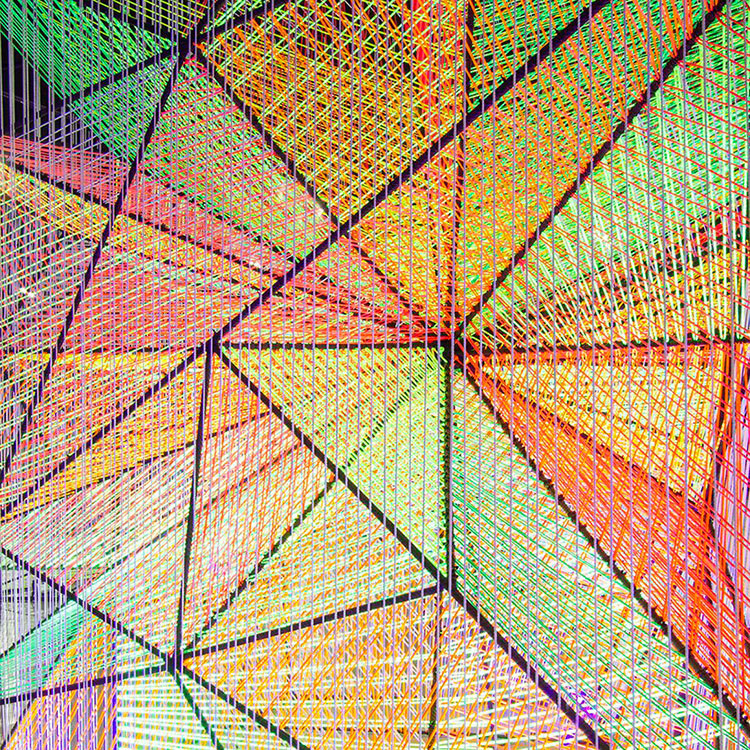 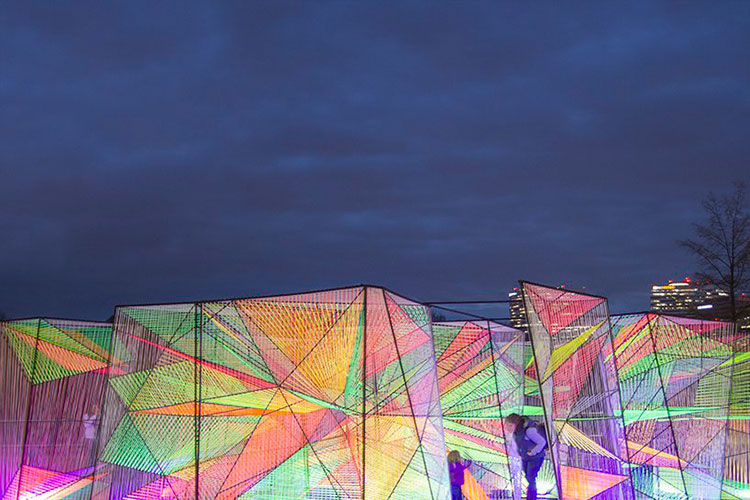 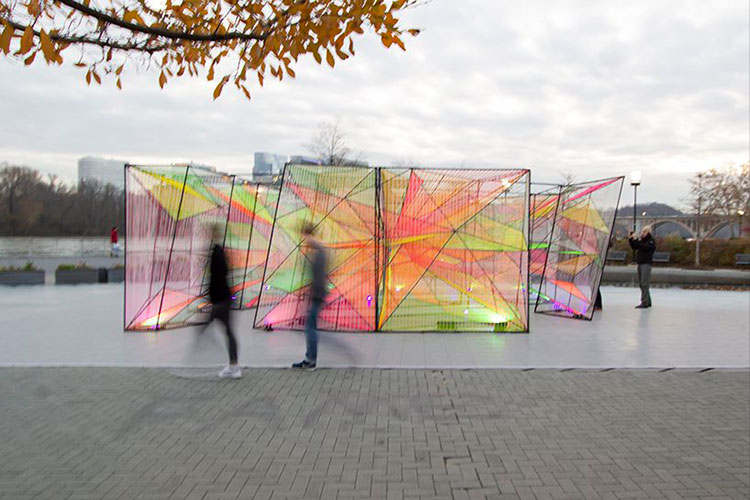 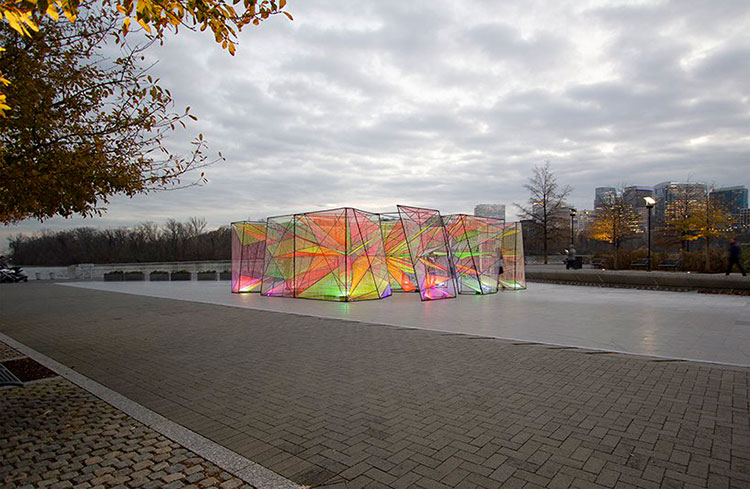