Italian artist Edoardo Tresoldi has placed 46 columns on Reggio Calabria’s seafront to create a permanent installation called Opera. The artwork was created to celebrate the contemplative relationship between place and human beings through the language of classical architecture and the transparency of the Absent Matter. The open wire-mesh structure – consisting of a colonnade of 46 pillars peaking at 8 meters within a 2,500-square meter park – will offer a new monument fully crossable and accessible to locals and visitors alike. The installation will be part of one of the largest European public spaces and aims to become a new landmark in the region. 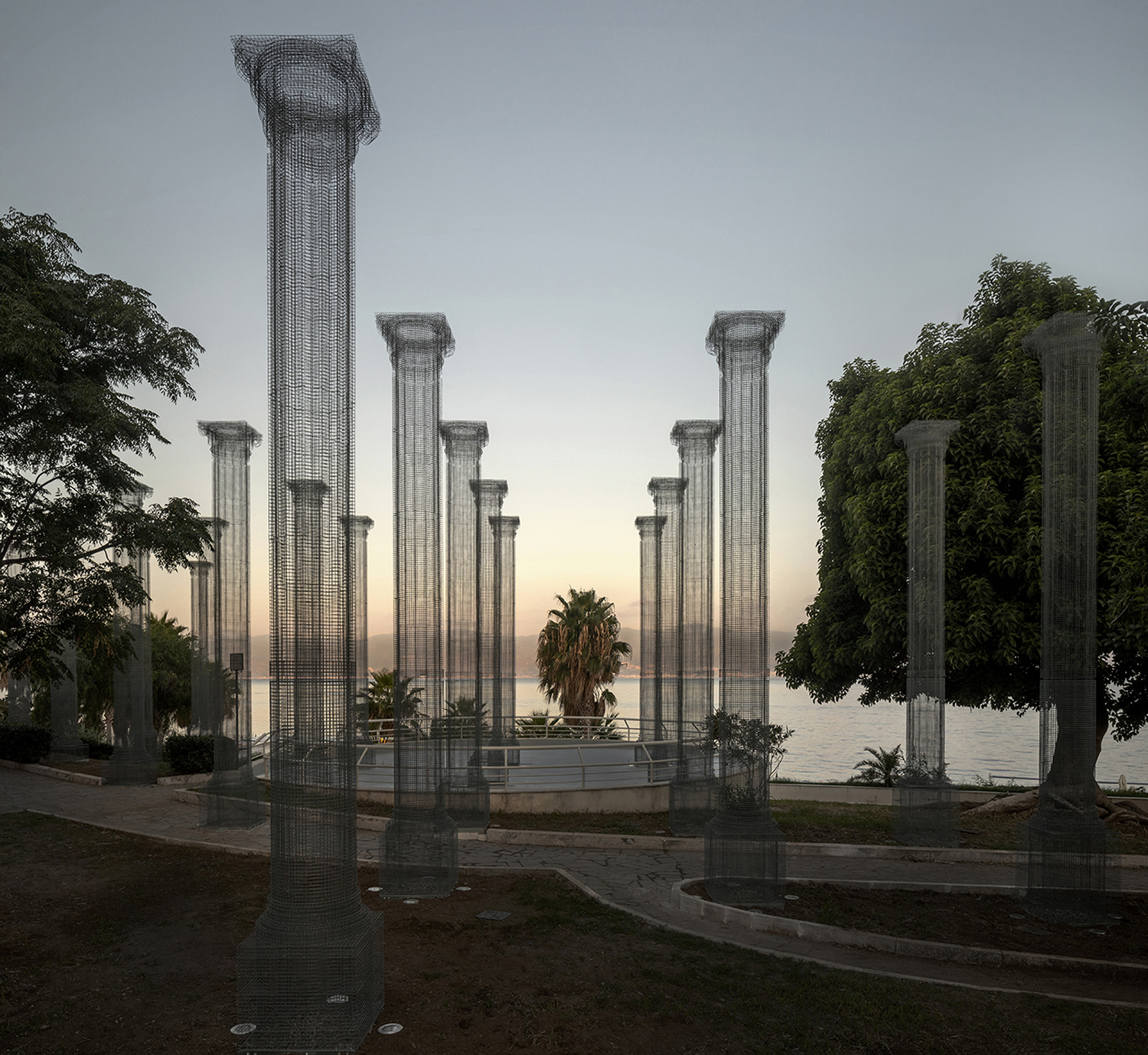 Opera is a monument to contemplation through which the place further defines itself. Tresoldi plays with the grammar of classical architecture – as well as with the transparency of the wire mesh – to research new visual poetics in dialogue with the surroundings and the viewer. The pillars, Western cultural heritage’s founding archetypes, compose a courtly frame allowing for a further interpretation of the park. 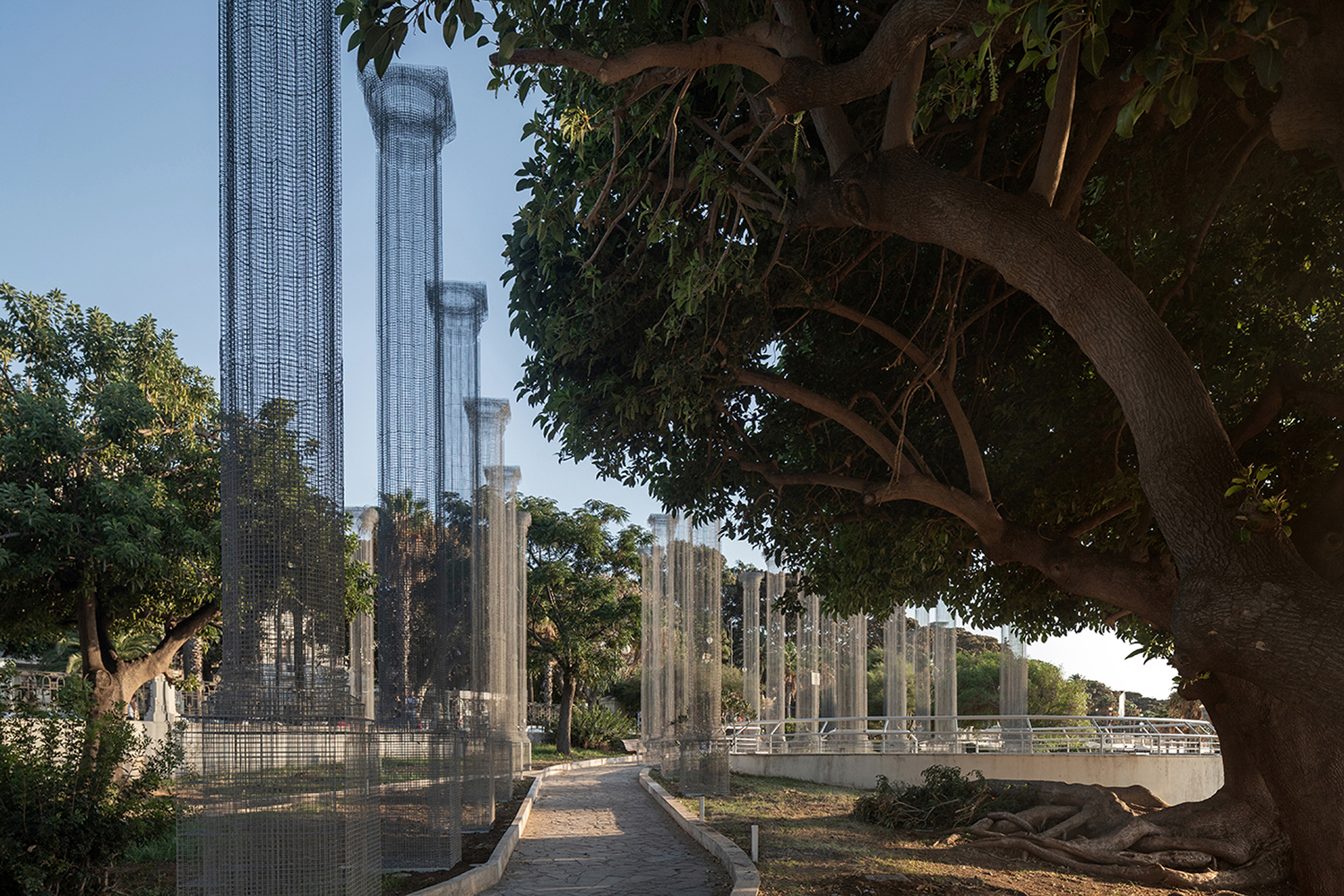 The installation generates a mental agora that leads visitors into an ever-changing perceptive dimension thanks to the park’s varying heights and depths. Opera opens up relationships in several directions within an already materially open space: the perspective corridors run towards the landscape while the transparent pillars define an open structure that accommodates, accompanies and defines the spatial experience and establish a direct relationship between earth and sky. 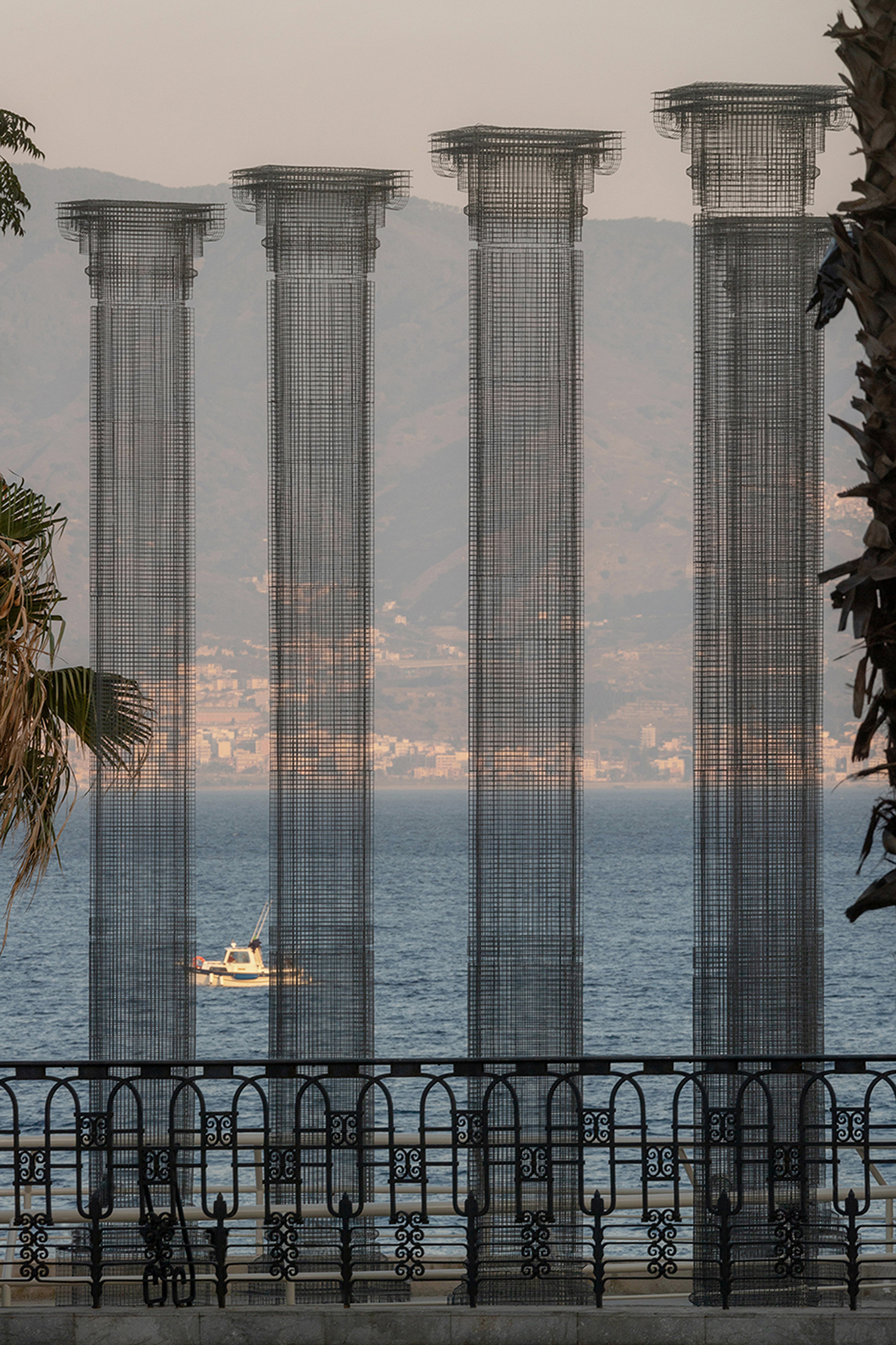 The play between pillars and trees creates a relationship of light and shadows, an airy yet rhythmic balance evoking an organic connection between the transparency and the surrounding space. The artwork’s contours lose definition and blend with the surroundings: it is, quoting Arturo Martini, the impossibility for the sculpture to “stop the shadow that remains nonetheless, like the echo for the sound”. 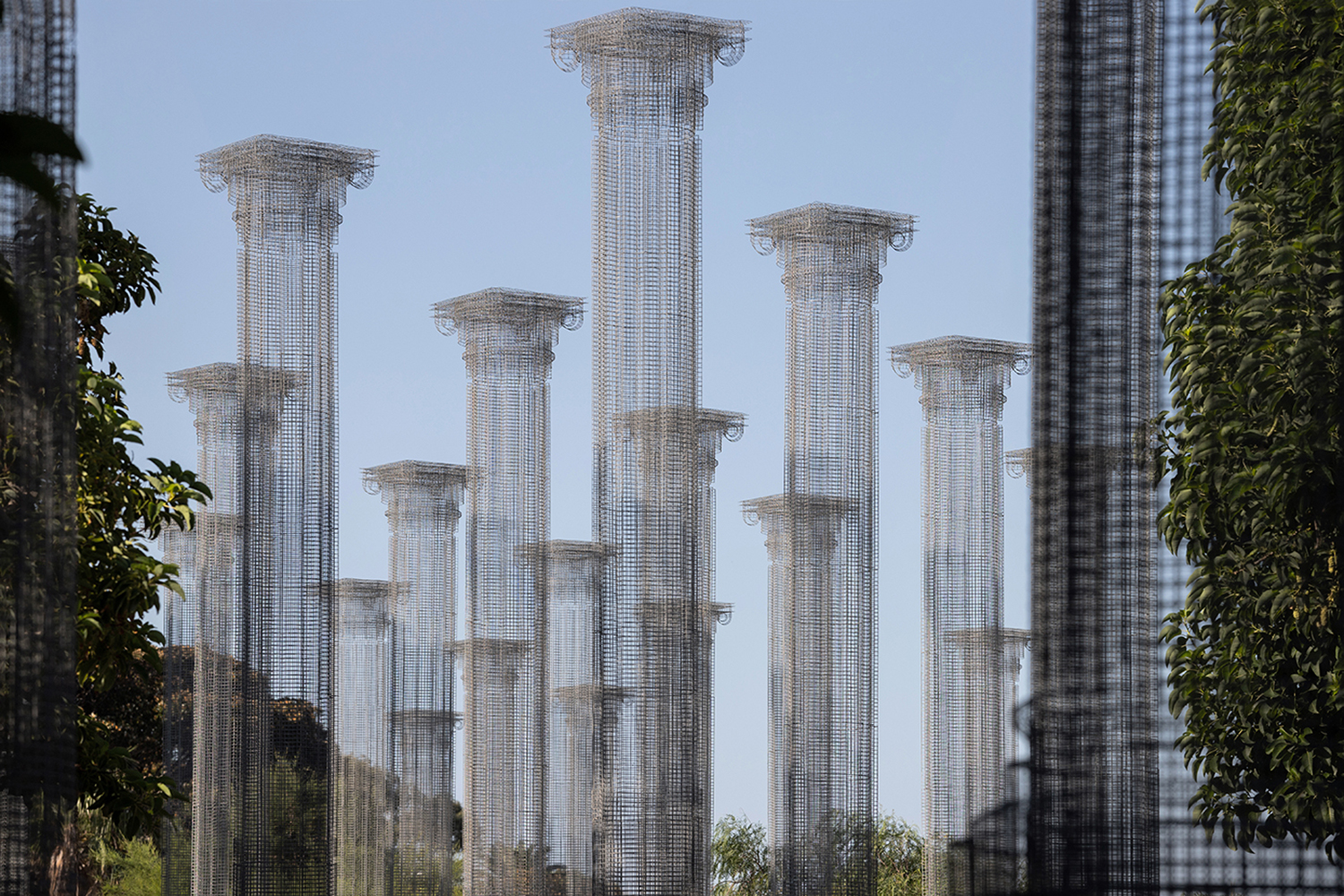 Opera is also the physical outcome of Tresoldi’s reflections on architectural composition and decomposition. The dialogue between the installation and its location can be seen through the colonnade’s distribution, which intentionally does not match the park’s. Similar to a musical counter-melody, their overlapping suggests two different melodies played at the same time. Walking through the park, the visitor encounters harmonies and contrasts between the two architectural systems. 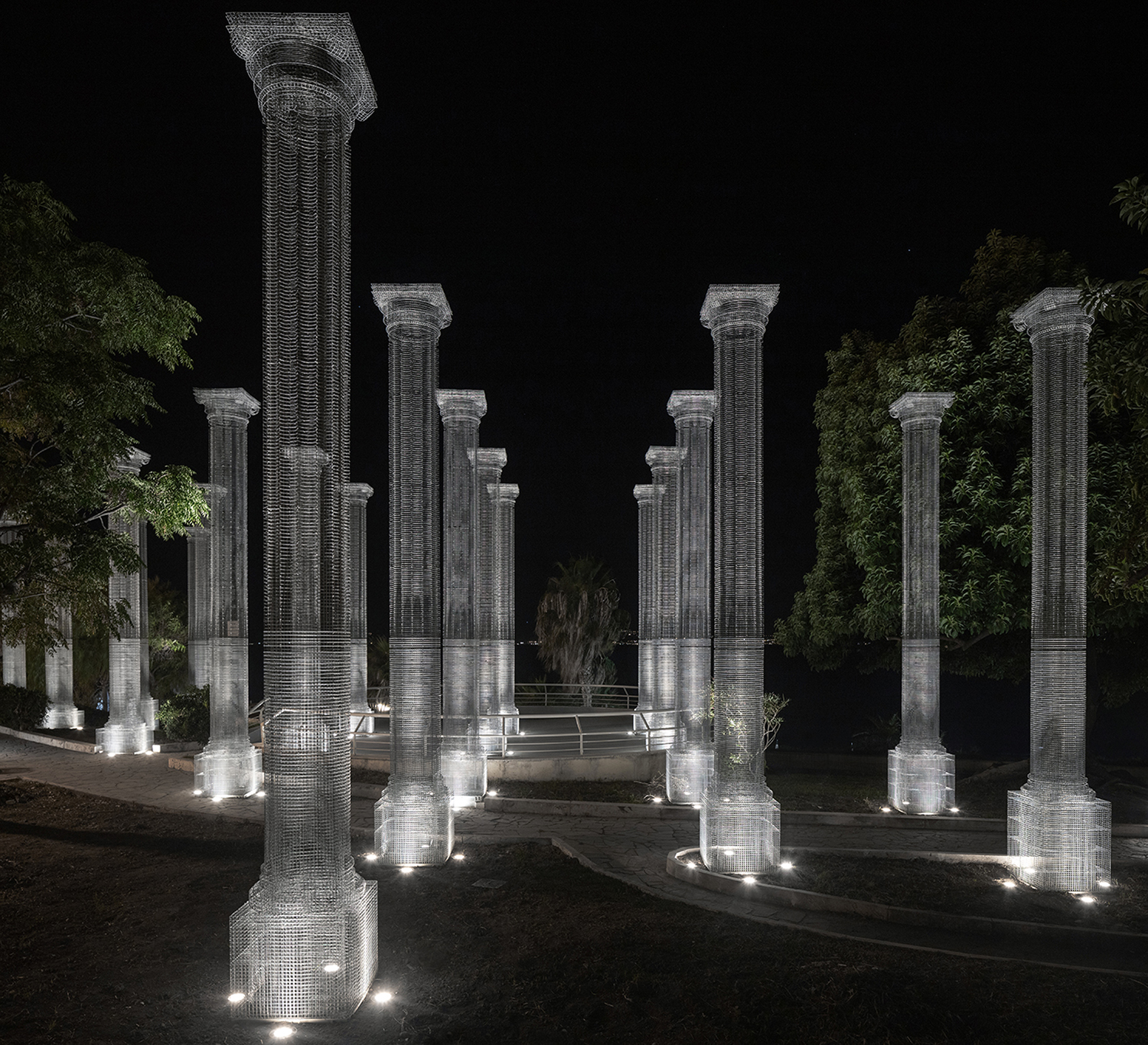 As a public installation, Opera makes the awareness of the relationship between reality and representation explicit, and it does so by entrusting the transparency of the Absent Matter with the primary role of space-time suspension. The installation integrates relationships between visible and invisible, individual and community, delving into the stratification of ancestral horizons and daily practices, on the edge of a physical and mental terrain and suspended between art, architecture and landscape.

Opera is Tresoldi’s second installation in Calabria after Il Collezionista di Venti in 2013, and the second major permanent public artwork in Italy after the Basilica of Siponto in Apulia, commissioned by the Italian Ministry of Culture in 2016.