Continuing 2014′s Smart Cloud project, Richard Clarkson Studio has teamed up with Crealev to unveil a floating version called “Making Weather”. The project is a collaboration between the two companies – merging the innovative levitation technology developed by Crealev with the form and function of the Cloud product of Richard Clarkson Studio.

Making Weather is the name of the collaboration effort to create a floating cloud. While the collaboration is ongoing the first prototype has recently been released, a mid-size cloud which floats above a reflective oval base. 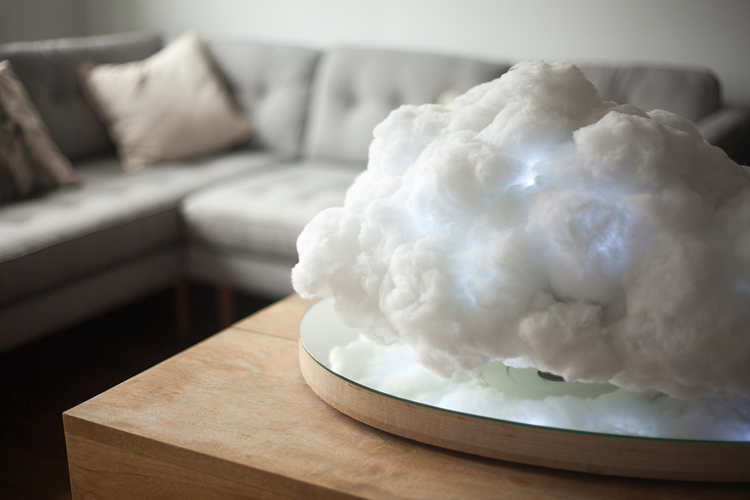 Embedded into both the base and the Cloud are magnetic components that allow the cloud to float 1-2 inches off the base. While the base itself must remain plugged in a rechargeable lithium ion battery powers the Cloud and enables a totally wireless and unobstructed levitation while in use. With full rotational movement and slight vertical bobbing of the cloud a more realistic atmospheric experience is possible.

Similar to the original Smart Cloud this floating cloud also has an inbuilt Bluetooth speaker and sound reactive LED lights. With the hopes that this will soon become available as a commercial product both companies will continue innovate with the exciting technology. 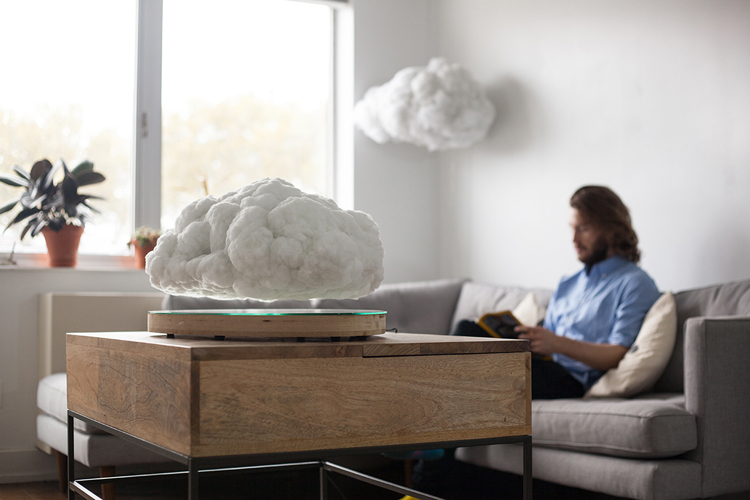 all images and video courtesy of Richard Clarkson Studio