BMW has made its vision for the future a reality by unveiling the BMW Vision Next 100. This vehicle combines coupé-type sportiness with the dynamic elegance of a sedan – but rather than being an anonymous transport machine, it is a highly customised vehicle that is perfectly tailored to suit the driver’s changing needs.

“If, as a designer, you are able to imagine something, there’s a good chance it could one day become reality,” said Adrian van Hooydonk, Head of BMW Group Design. “So our objective with the BMW VISION NEXT 100 was to develop a future scenario that people would engage with.” 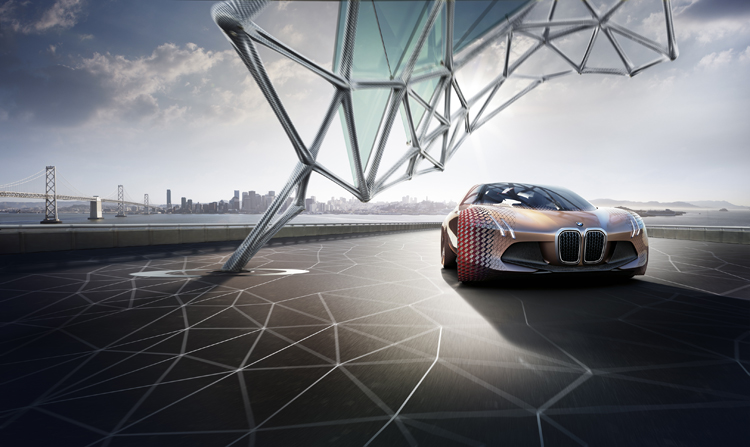 In designing the BMW Vision Next 100, the starting point was the interior. In the years ahead, the driver’s wellbeing will become increasingly important, and rather than merely feeling they are in a machine that drives itself, they should sense that they are sitting in one that was specifically designed for them. This idea gave rise to an architecture in which the cab seems particularly spacious compared with the overall size of the vehicle while retaining the typical exterior lines of a BMW. Despite its domed interior, the BMW Vision Next 100 retains the instantly recognisable athletic silhouette of a BMW saloon. 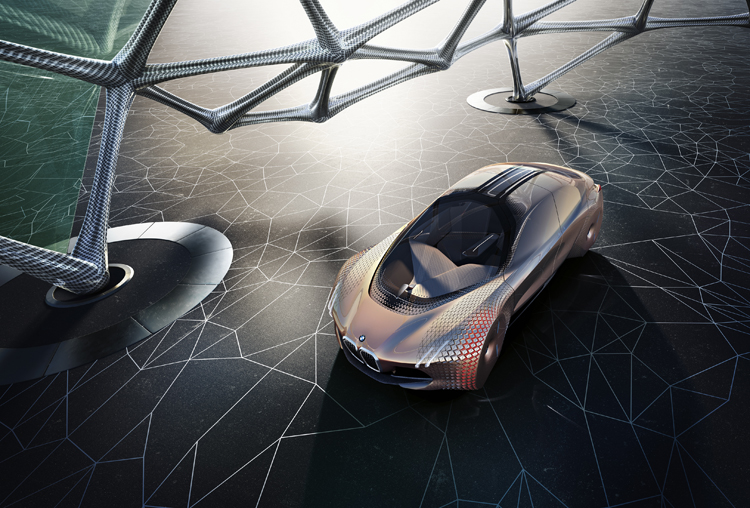 A very important element of the Vision Vehicle is another innovation known as Alive Geometry, the likes of which have never before been seen in a car. It consists of a kind of three-dimensional sculpture that works both inside and outside the vehicle.

Alive Geometry consists of almost 800 moving triangles which are set into the instrument panel and into certain areas of the side panels. They work in three dimensions, communicating very directly with the driver through their movements, which are more like gestures than two-dimensional depictions on a display. Even the slightest peripheral movement is perceptible to the driver. In combination with the Head-Up display, Alive Geometry uniquely fuses the analogue with the digital.

The triangles work in much the same way as a flock of birds in controlled flight, their coordinated movements acting as signals that are easily comprehensible to those inside the car. Combined with the Head-Up display, they involve the driver in a form of preconscious communication, where an intuitive signal predicts an imminent real-time event. 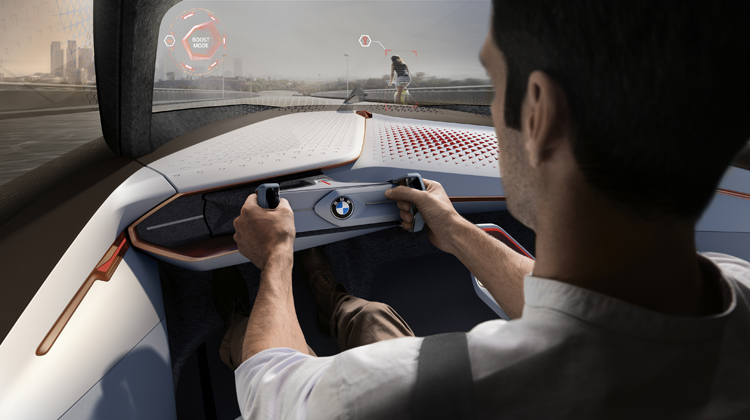 The design of the interior permits various modes of operation: Boost mode, in which the driver is at the controls, and Ease mode, in which the driver can sit back and let the vehicle take over. In Ease, the vehicle becomes a place of retreat with plenty of space, agreeable lighting and a comfortable atmosphere. In Boost, the driver takes over and benefits from the subtle and intuitive support offered by the vehicle. All the time, the vehicle is learning more and more about the person at the wheel, thanks to its sensory and digital intelligence, which BMW calls the Companion. The Companion progressively learns to offer the right kind of support to transform the driver into the Ultimate Driver. 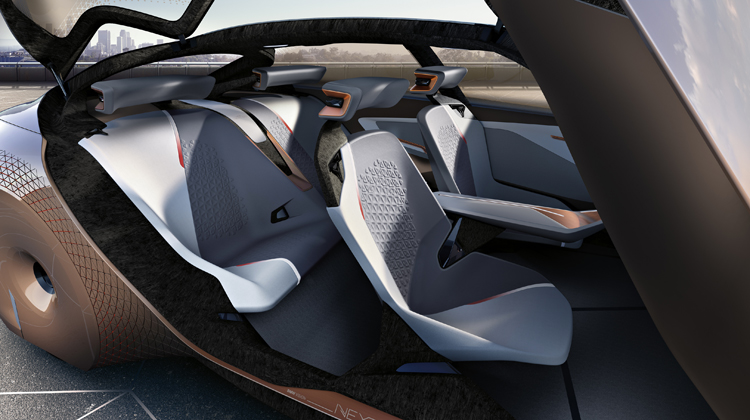 The designers of the BMW Vision Next 100 primarily used fabrics made from recycled or renewable materials. The visible and non-visible carbon components, such as the side panels, are made from residues from normal carbon fibre production. In the future, the choice of materials will become even more important throughout the design and production process. 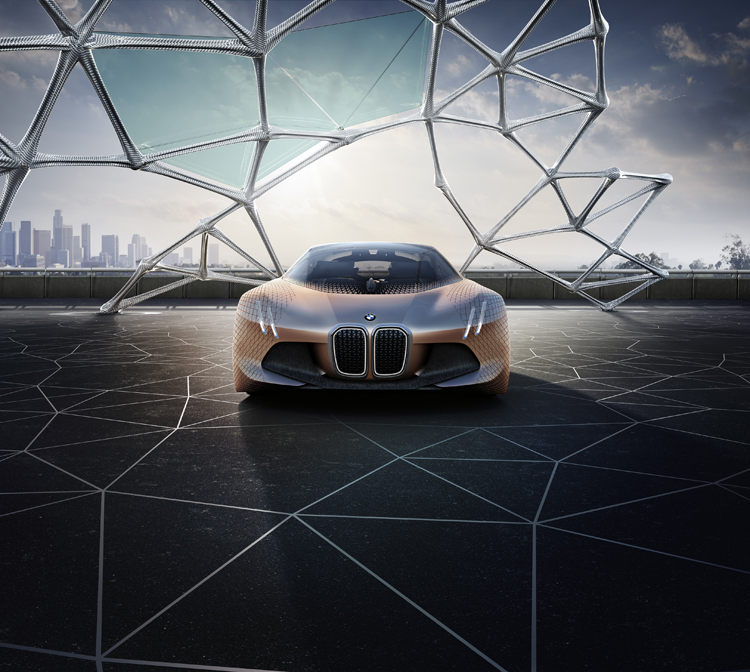 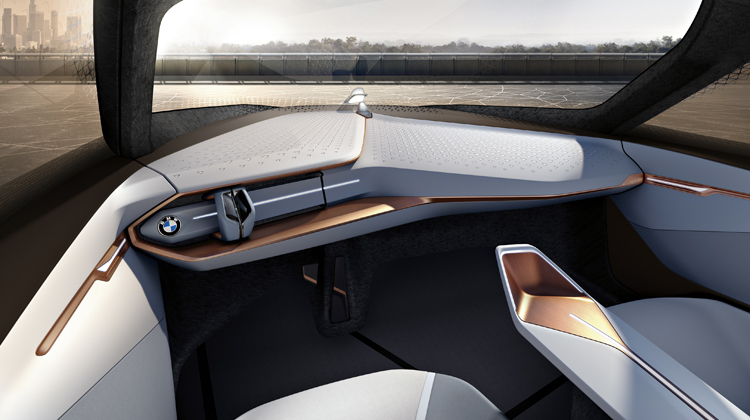 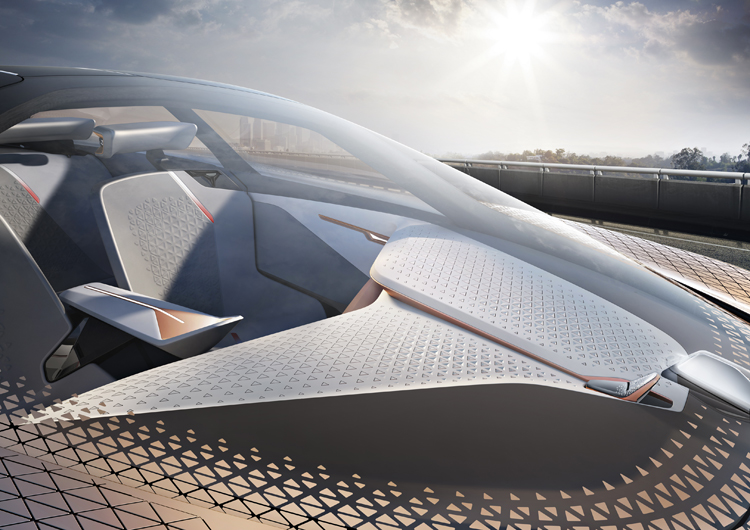 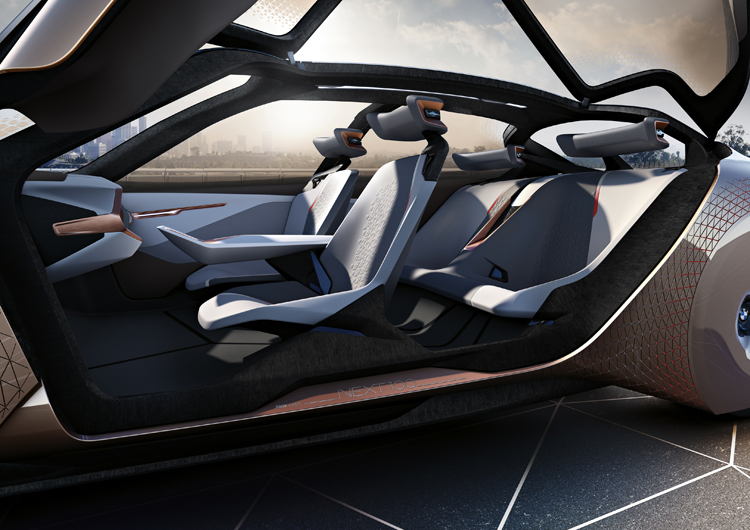 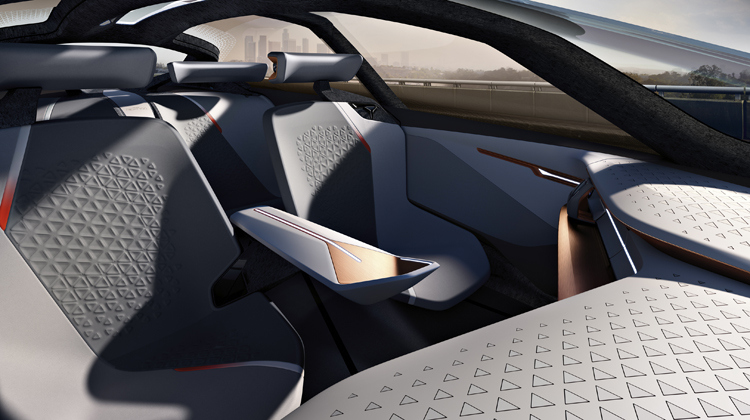 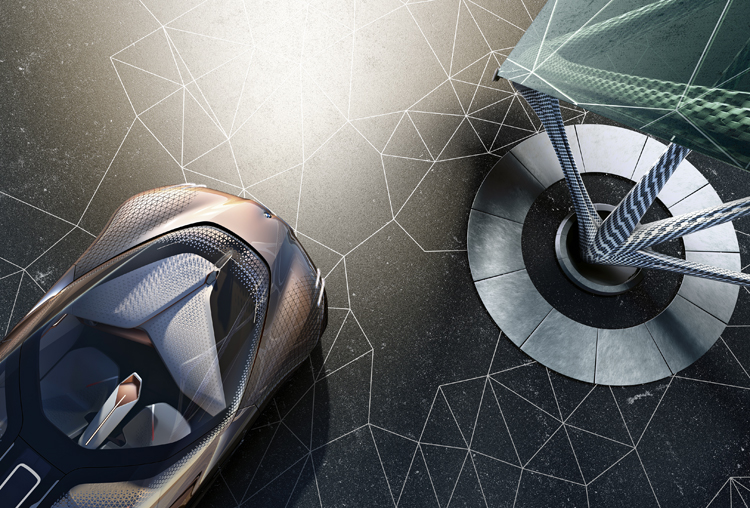 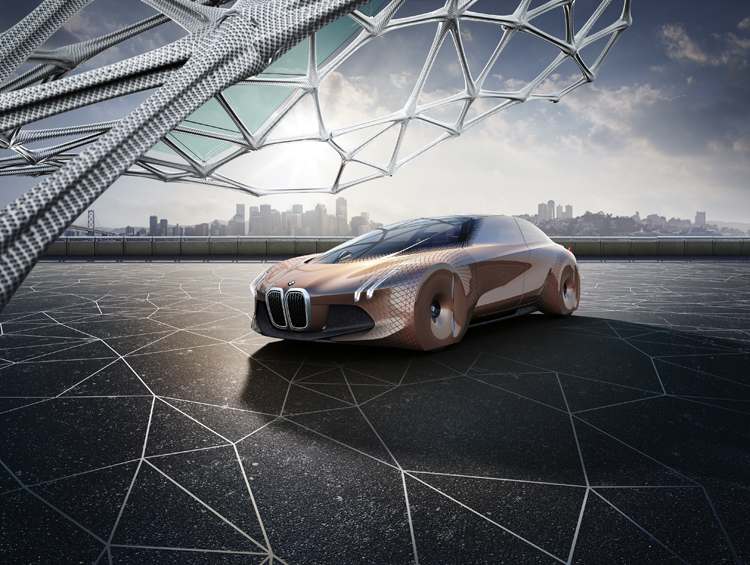