This 15 square-meters studio located in the garden of a London property provides a calming retreat from the hustle outside world. Conceived by RISE Design Studio the building extends the home’s program without interfering with its existing architecture. The garden studio sits, or rather nests, at the rear of a small garden connected by a patio paved in clay pavers, a contemporary addition but inline with the reclaimed bricks used for the garden walls. 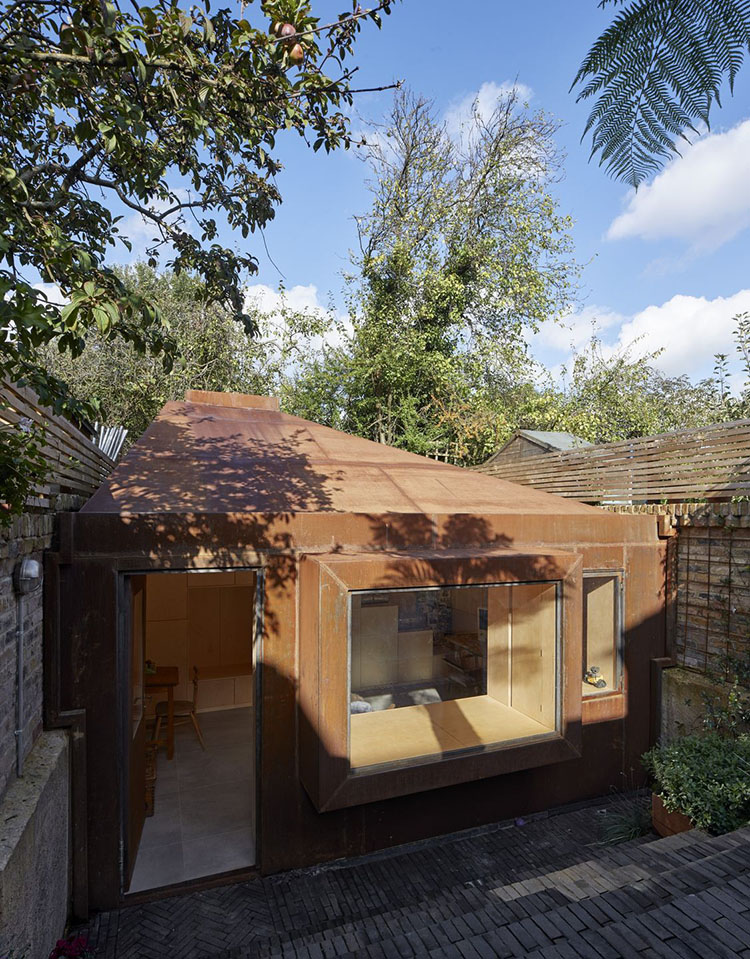 Inside the space, which the client jokingly calls the “Brexit Bunker”, one is surprised by a warm atmosphere filled with light that touches playfully on the built-in joinery made of birch plywood. A series of units work as storage as well as Spanish steps that lead towards the rooflight, under which one can relax surrounded by the sounds of birds without any visual hint that they are in the city instead of the country, a place of sanctuary. 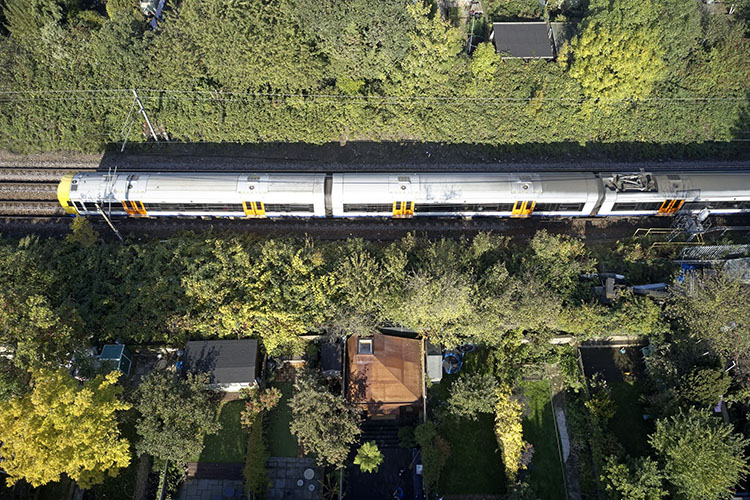 The design of the external elements is centred around a desire to create a raw aesthetic that ties the entire garden together – with rusted metal (black mild steel which was left to rust naturally, inspired by the railway line directly behind), dark clay pavers that mediate the outdoor aesthetic with the original brick texture of the house and the fern tree and shrubs that bring life and contrast into the space. A rotating pivot light was included to add a dynamic element to the external space between house and bunker, the light was designed to emulate the form of the garden studio. 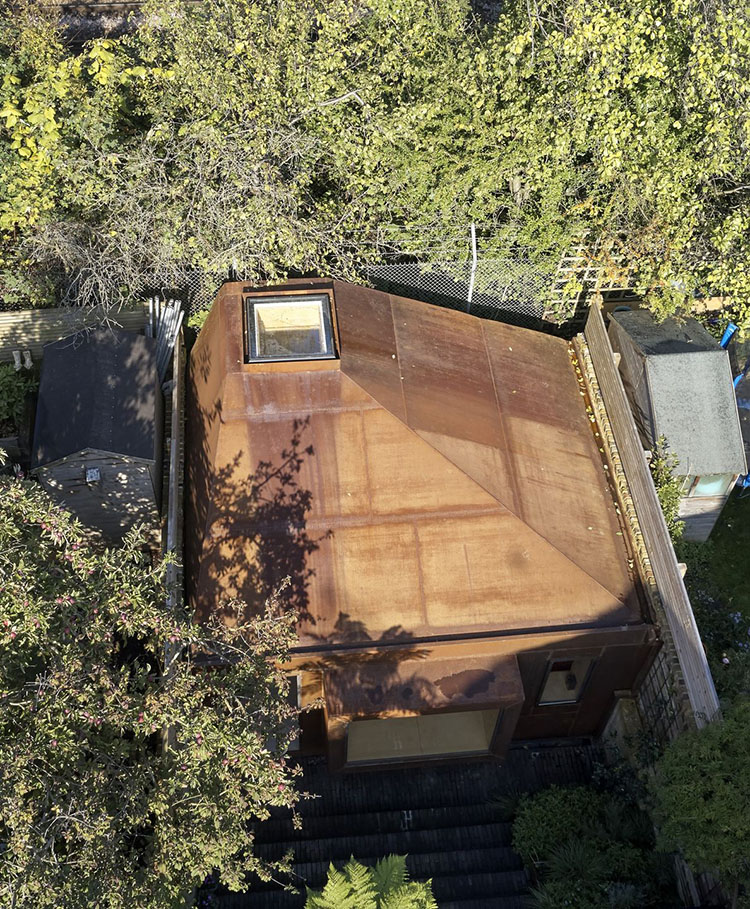 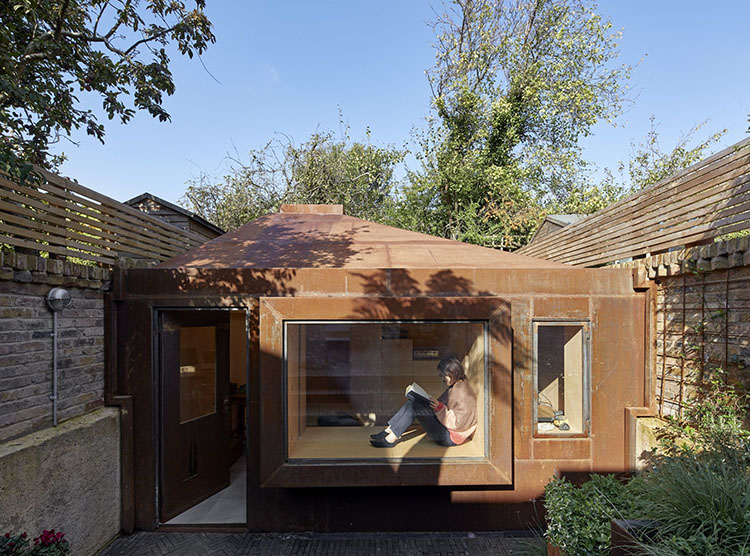 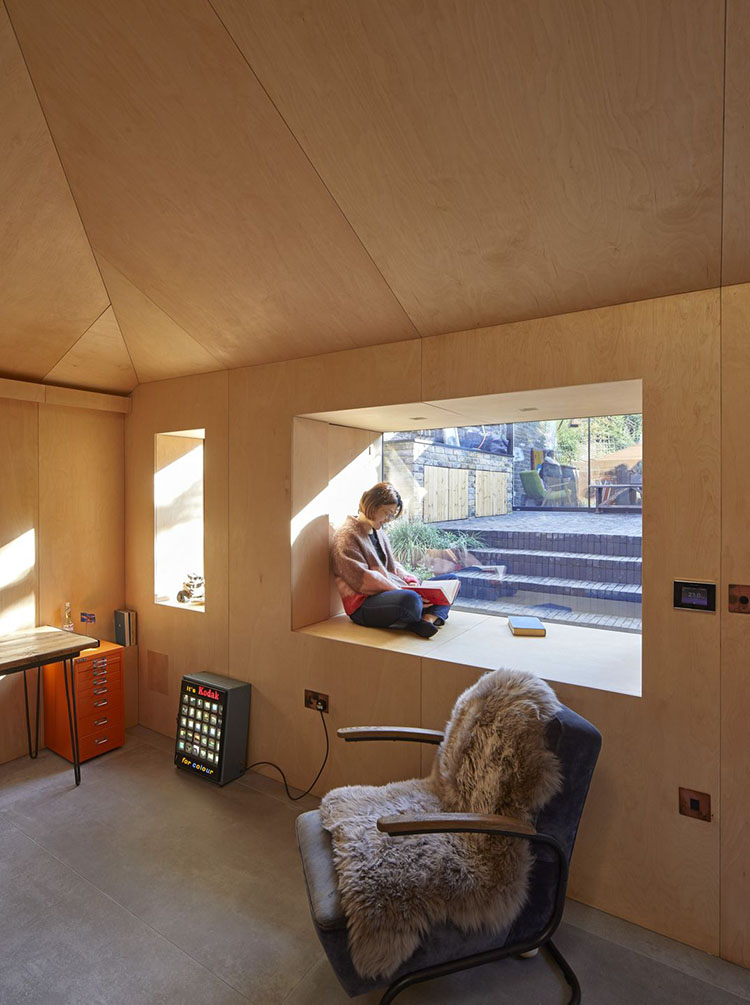 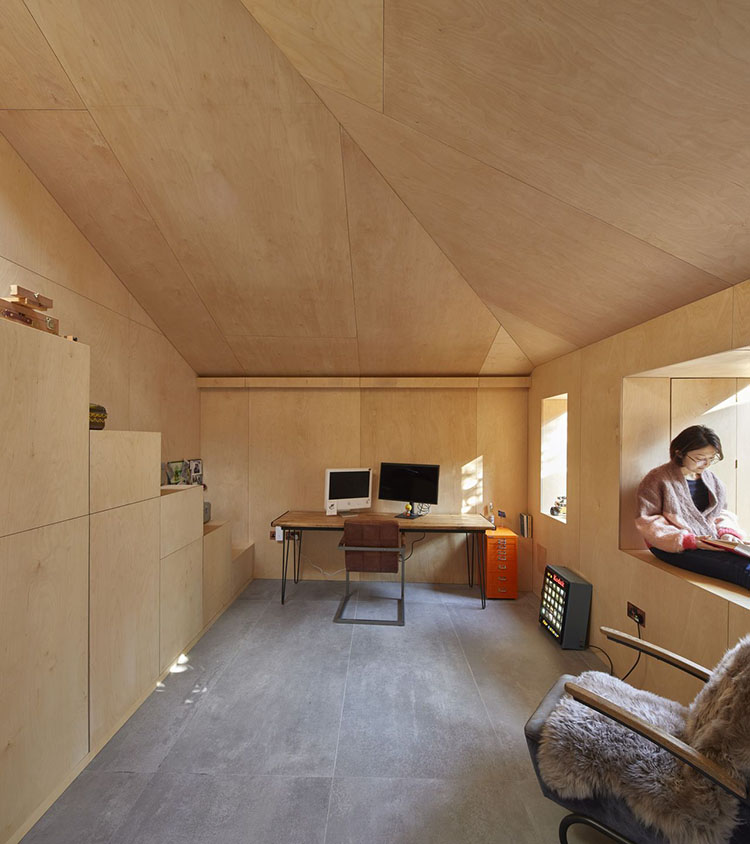 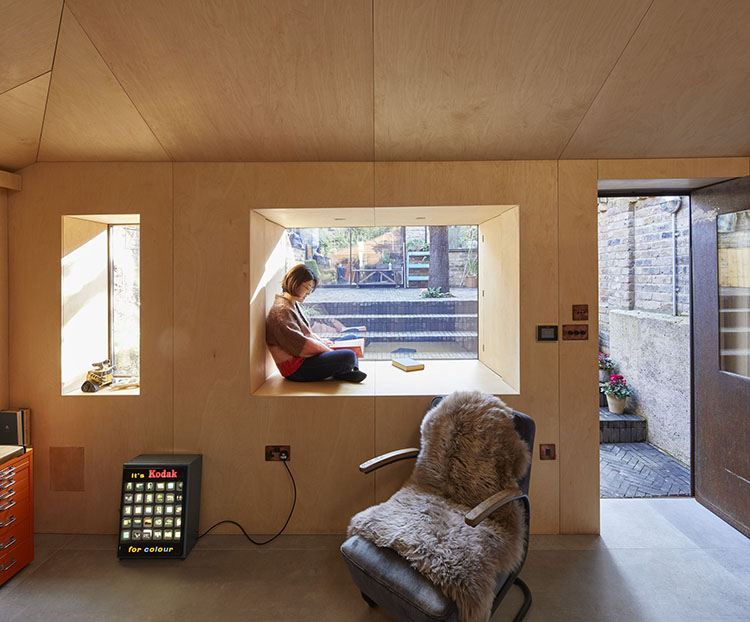 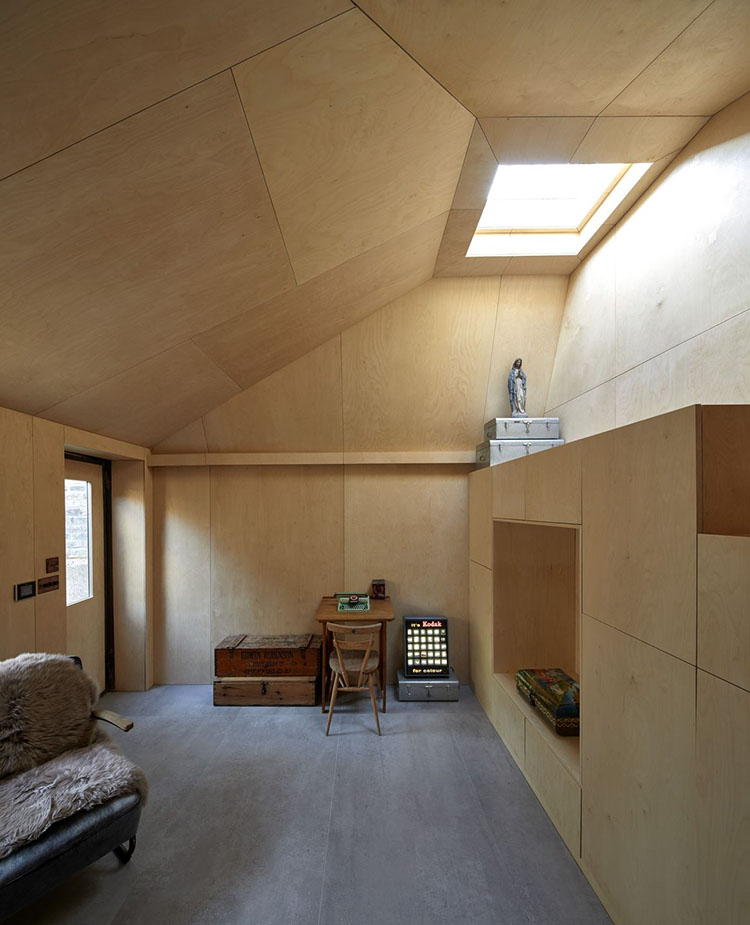