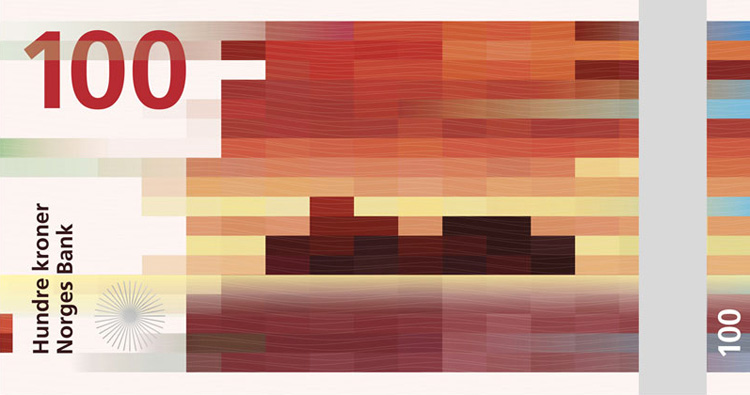 Eight participants were selected by a group of experts to take part in the final round of the competition. The jury has comprised five external professionals and one member from the Bank. The winning design features images by Norwegian architecture firm Snøhetta on one side and Oslo-based graphic design firm The Metric System on the other. 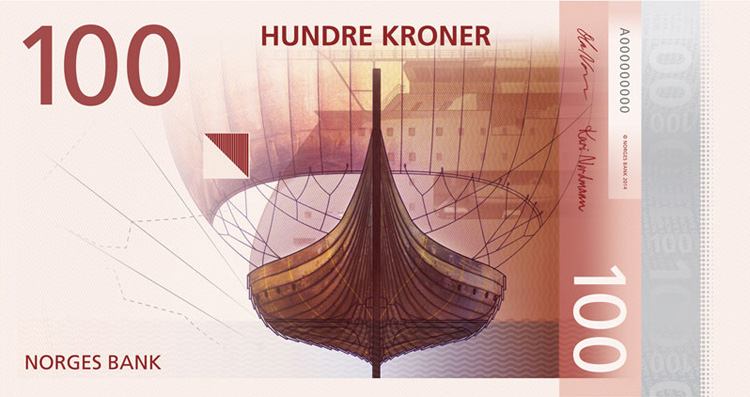 The obverses from The Metric System are very well suited to the incorporation of necessary security elements. The expression is open, light and typically Nordic. Using the pixel motifs from Snøhetta Design as the reverse will give the notes both a traditional and a modern expression. 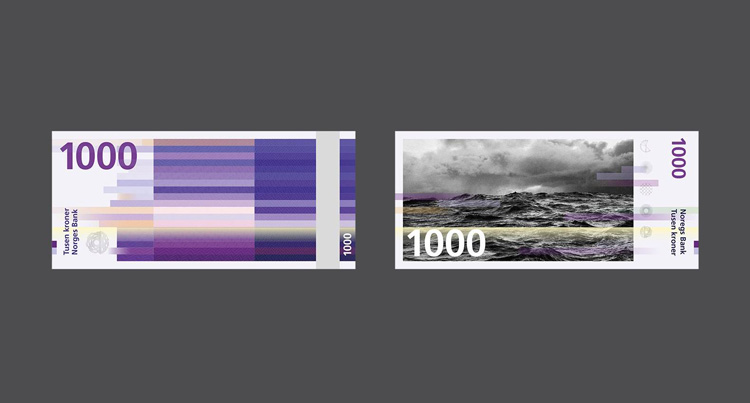 Norges Bank is now working further on motifs and designs to enable security elements intended for the public and machine-readable security elements to be designed and incorporated into the notes. For that reason, the finished notes may differ somewhat from the basis shown above. The first of the new notes will be issued in 2017 at the earliest. 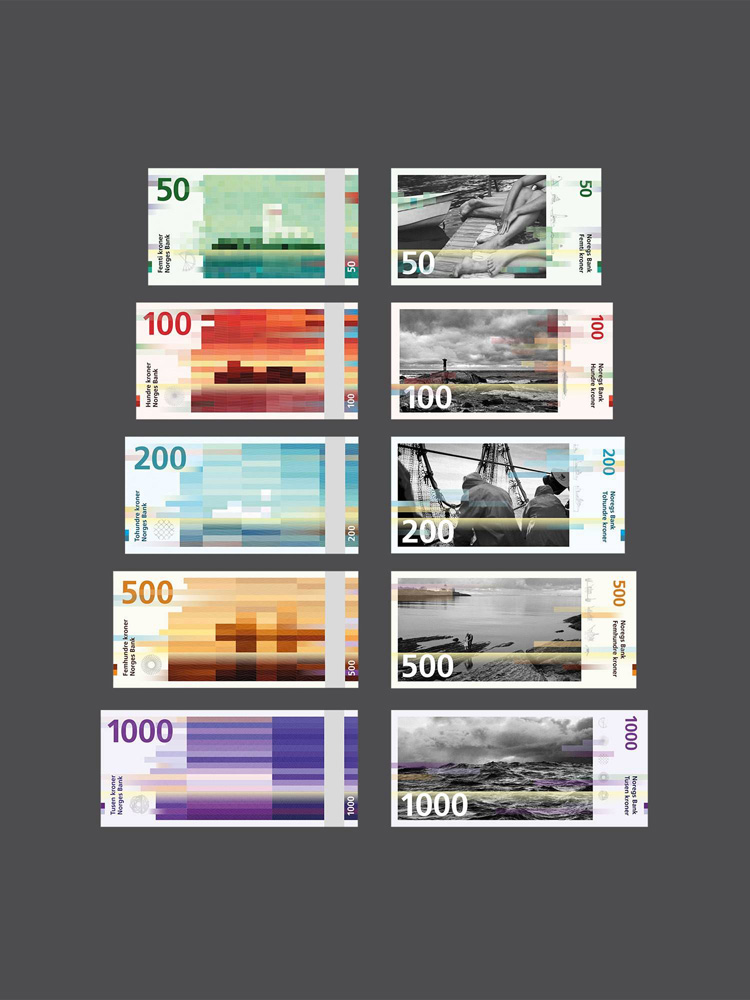