Argentine artist Leandro Erlich has created a stunning installation at Le Bon Marché Rive Gauche that runs until February 18. Between trompe-l’œil, poetry and dreamscape, the work by the visual artist-cum-illusionist – entitled “Sous le Ciel”, or “Under the Sky” – challenges perceptions of time and space and invites visitors to alter the way they perceive reality.

After Ai Weiwei in January 2016, Chiharu Shiota in January 2017, and Edoardo Tresoldi in September 2017, Le Bon Marché Rive Gauche has invited Leandro Erlich to take the store’s visitors on a new journey. 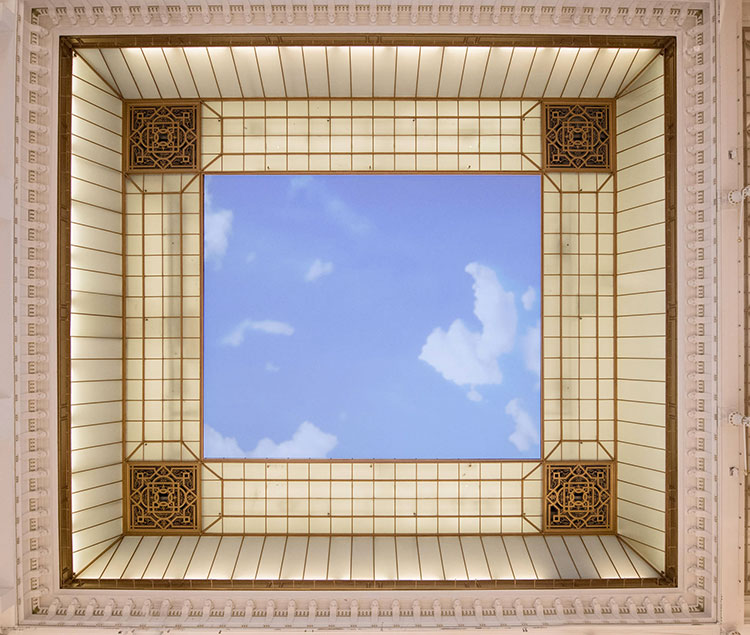 Entitled “Sous le Ciel” – after an Edith Piaf song – the Argentine artist’s installation celebrates the Paris sky, with its unique luminosity and soft colors that change constantly over the course of each day and each season.

Created specifically for Le Bon Marché Rive Gauche, the work spans several chapters in different parts of the department store. Light, fluffy cloud-like shapes float in the store windows, while the central glass roof reveals a blue sky punctuated by cloud formations. The famed escalator has been transformed, taking customers to a space where dream and reality merge, and where the power of imagination alters appearances. Leandro Erlich also playfully troubles those who would rather take the elevators with an infinite optical illusion. 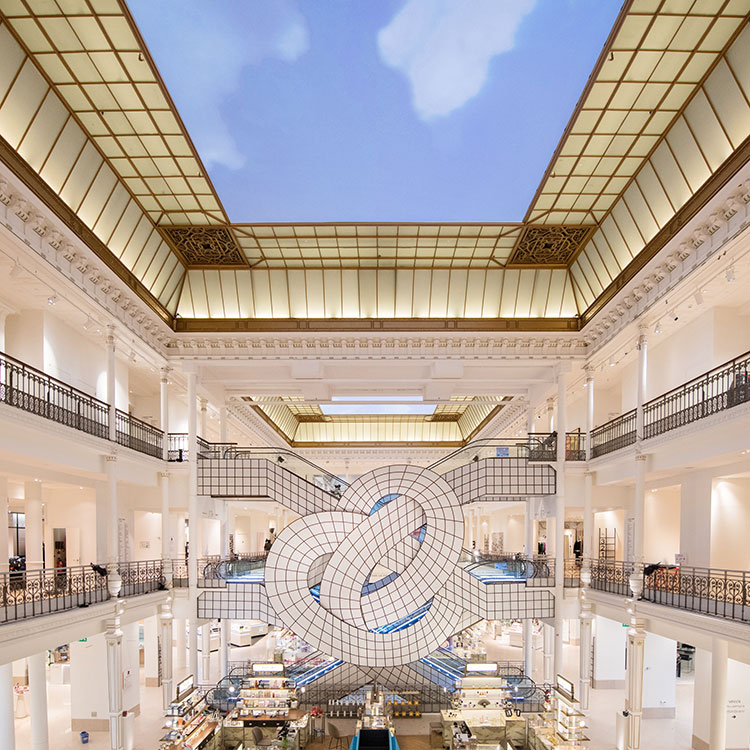 Internationally renowned for his deep and poetic site-specific works, the Argentine artist – who lived in Paris for several years – invites visitors to view their surroundings differently. By changing visitors’ perspectives and their spatial perception, his work plays with illusion, space, history and architecture to create a fiction that leaves considerable room for interpretation.

The Installation “Sous le Ciel” by Leandro Erlich will be on view at Le Bon Marché Rive Gauche until February 18, 2018.